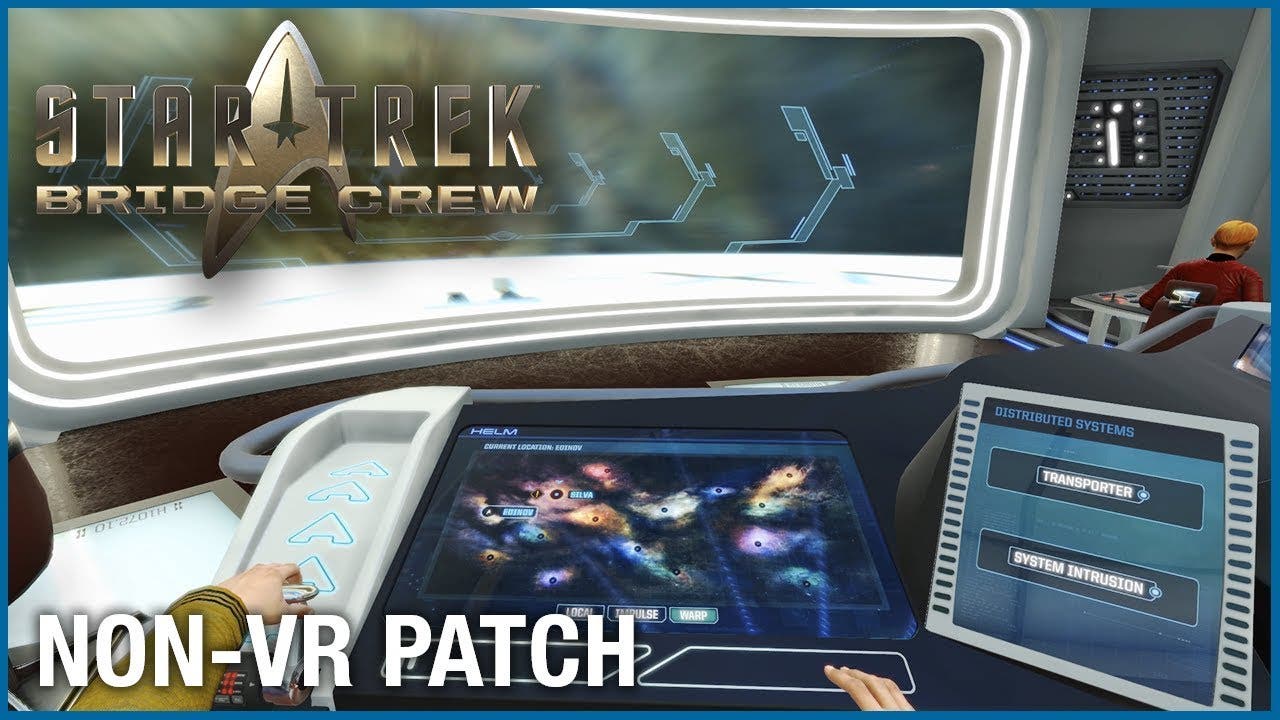 More players can now live out their Star Trek fantasies as they take command of the U.S.S. Aegis and U.S.S. Enterprise NCC-1701 using a mouse and keyboard, or a controller. Players can join matches with both VR and non-VR players seamlessly across all platforms.

Developed by Ubisoft Red Storm, Star Trek: Bridge Crew transports fans into the Star Trek universe where they assume the role of a Starfleet officer and complete missions that will determine the fate of their ship and crew. Playable cooperatively online with a crew, or solo as Captain, Star Trek: Bridge Crew puts players directly onto the bridge of a new starship, the U.S.S. Aegis, and dispatches them to explore an uncharted sector of space.

In addition to an engaging story campaign, Star Trek: Bridge Crew features an Ongoing Voyages mode, randomizing missions and providing countless hours of solo and co-op adventures. Whether you want to board the U.S.S. Aegis or the legendary U.S.S. Enterprise NCC-1701 (authentically recreated from Star Trek: The Original Series), the final frontier awaits.