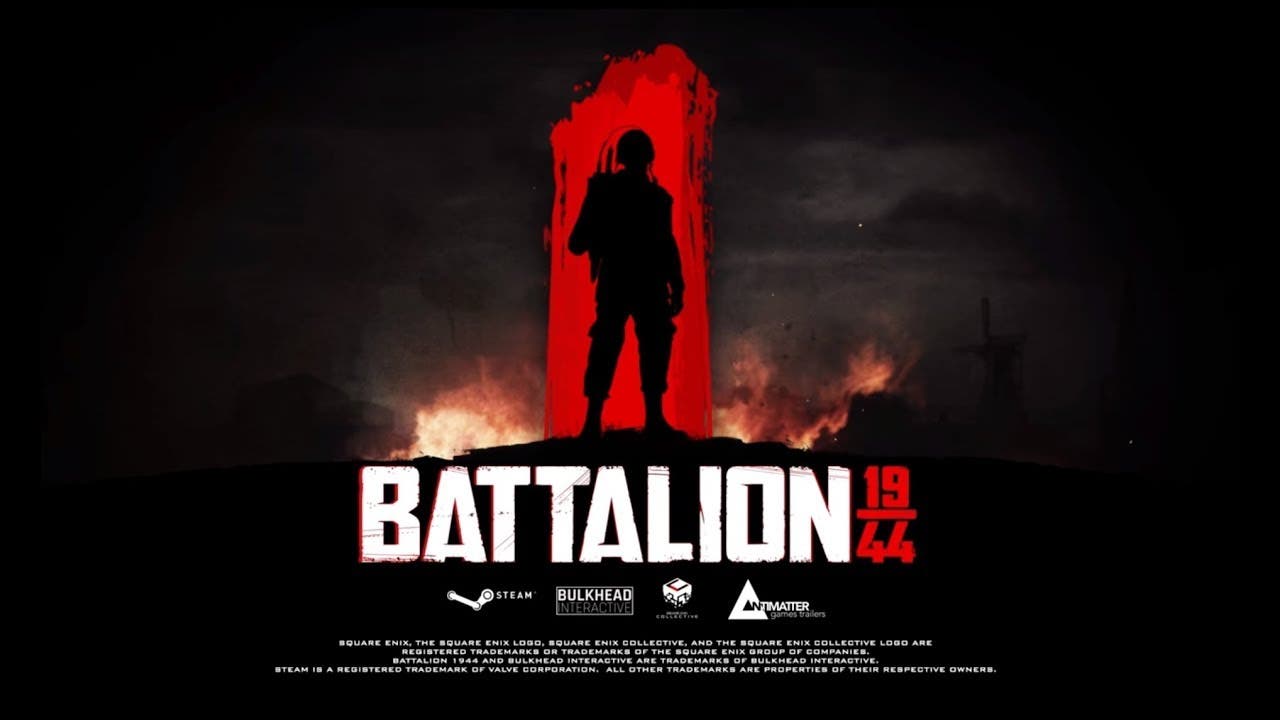 Having set out on a mission to reignite the spirit of the old-school shooter, Bulkhead Interactive and Square Enix Collective are both proud and excited to announce Battalion 1944 is heading for Early Access on Thursday 1st February.

Derby-based studio Bulkhead Interactive, which previously developed The Turing Test, has created an experience designed to both capture and build upon the close combat mastered by FPS games in the early 90s. With the genre having since shifted direction, Bulkhead took to Kickstarter to bring together a community of gamers eager to jump back into the old-school multiplayer arena.

Now Battalion 1944 is ready to entertain its loyal following, with the studio coupling this announcement with the launch of a brand new worldwide reveal trailer, both setting the scene for the WW2 inspired action ahead and featuring actual gameplay from the latest build.

“It feels good to get Battalion 1944 into the hands of gamers after working on it so hard,” says Joe Brammer – Studio Lead at Bulkhead Interactive. “We’ve been testing the game behind closed doors with our Kickstarter backers. It’s now time for us to extend our testing to Early Access to help what I believe can one of the best competitive FPS games ever.”

Ahead of this, Bulkhead Interactive will also be running an exclusive beta of Battalion 1944. Kicking off from Friday January 19th through to Sunday January 21st. For a chance to take part, head on over to beta.battaliongame.com. Any Kickstarter or Humble Bundle backers will automatically gain access to the beta, with streaming and content creation using the beta allowed.

“We’re going to be using the beta to run domination on the Manorhouse V1 map, as well as showing off our new competitive mode ‘Wartide’ on the map Liberation,” continues Brammer. “It’s one last chance for us to test out our wares with FPS players before we make the leap to Early Access.”

What players won’t fail to notice during the beta is the combination of tightly crafted multiplayer maps and perfectly honed weapons designed for well-balanced encounters with an aesthetic that taps into an authentic WW2 feel.

“Getting to grips with the intense nature of the Second World War is something that’s been key to our process,” offers Howard Philpott – Creative Producer at Bulkhead Interactive. “That’s something I also think comes across in this new reveal trailer – the action in a Battalion 1944 encounter is as feverish as it is credible. We’ve looked to bed the play down in maps that are both competitive and authentic, for which our trips to Normandy proved immensely useful”.

The Early Access version of Battalion 1944 will come with six modes, to be announced later down the line.

Last month Bulkhead Interactive and Square Enix Collective revealed Battalion 1944 will retail for £11.99/€14.99/$14.99. As previously noted, that’s actually less than the bottom tier during the game’s Kickstarter campaign. As a result, those who backed Battalion 1944 when it was being crowdfunded will gain access to unique backers only skins, multiple cosmetic and vanity focused loot crates.

As a testament to Square Enix Collective’s commitment to indie developers, it recently joined forces with AMD to support AMD4U, an innovative new program that provides AMD consumers with a range of games from a new generation of cutting-edge independent development teams from around the world.