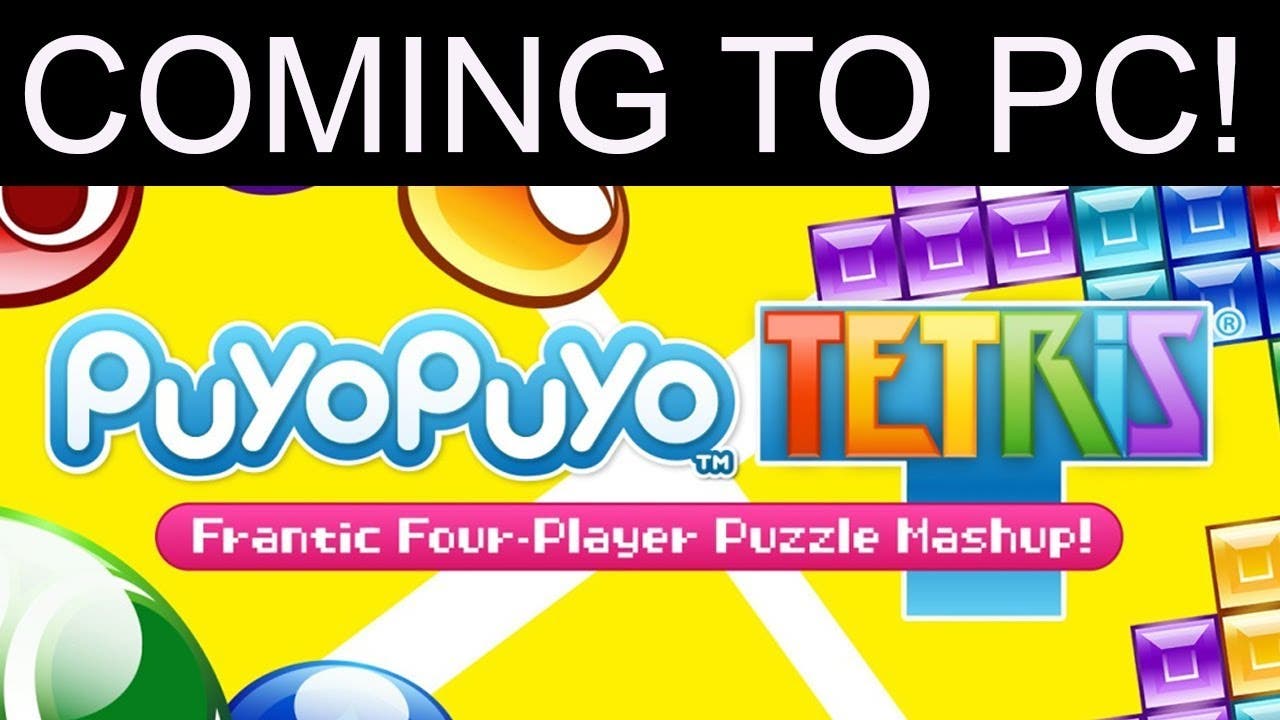 Puyo Puyo Tetris is coming to Steam on February 27th

Puyo Puyo Tetris sees two puzzle game juggernauts collide as Tetris, one of the top selling video games of all time and one of the most recognised brands in gaming history, and Puyo Puyo from SEGA combine to create a fun-to-play, fast-paced, competitive party game like no other! There are a ton of different styles of gameplay – from the single-player Adventure and Challenge modes to the ferocious competition of the up-to-four-player Arcade modes. You can even take your puzzle skills online in the Puzzle League or Free Play multiplayer modes with up to four players. Play through Adventure mode to unlock new characters and backgrounds and visit the in-game Shop which enables players to unlock new character voices and skins for Puyos and Tetriminos.

For those wanting to get in on the frantic puzzle action early, pre-order Puyo Puyo Tetris on Steam or other SEGA approved digital retailers* before 27th February and receive exclusive wallpapers and avatars featuring your favourite Puyo Puyo and Tetris characters. Pre-ordering through Steam will also net fans an additional 10% discount.

Puyo Puyo Tetris is the latest best practice PC conversion from SEGA and boasts PC exclusive enhanced features including scalable resolutions, fully customisable controls and mouse-driven menus. As an added bonus and for the first time in the West, players of the new PC version have the option to enjoy the game’s original Japanese voiceovers.

Puyo Puyo Tetris adds to the ever-growing list of best practice PC conversions from SEGA and joins critically acclaimed titles such as Vanquish™, Bayonetta™ and Valkyria Chronicles™. For more information on SEGA and any of its products, please visit www.sega.co.uk. You can also follow us on Twitter and like us on Facebook.

*Please check here for an exhaustive list of digital retailers and more details as to what constitutes a SEGA approved retailer.