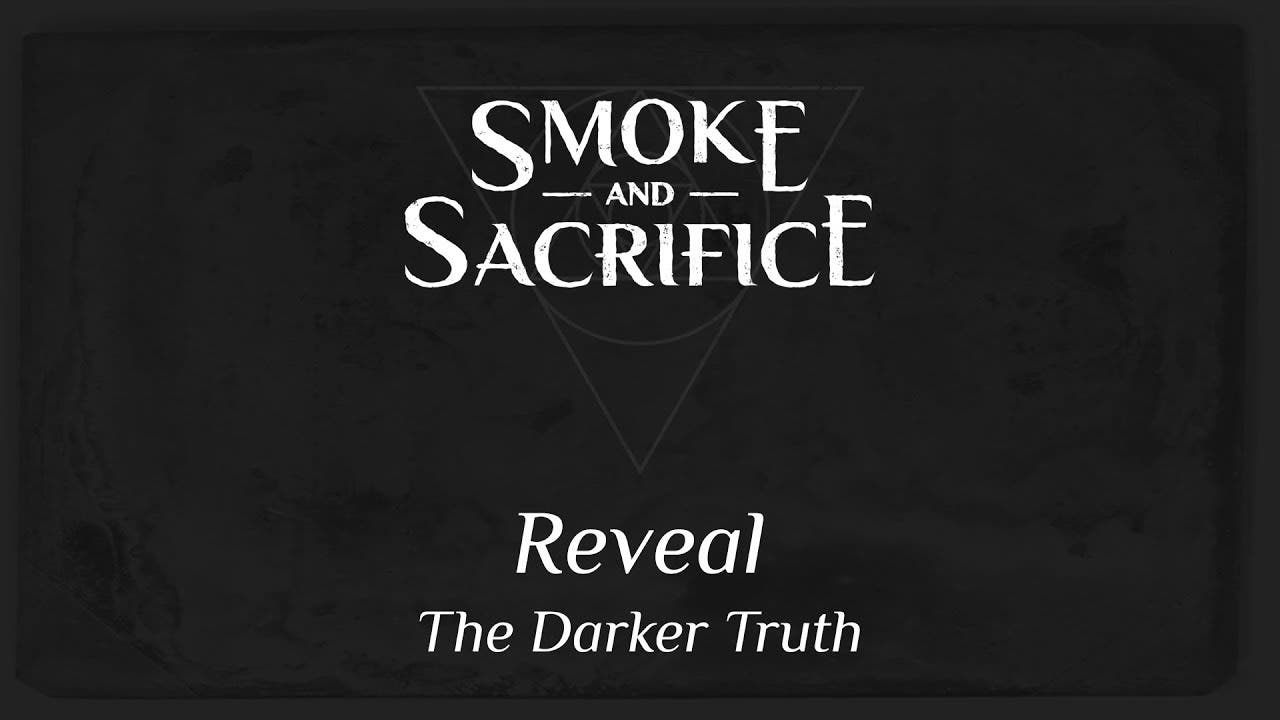 London, United Kingdom – February 6th, 2018 – London-based independent studio, Solar Sail Games today announced that Smoke and Sacrifice, their beautiful, hand-animated story of motherhood and survival will be released on PC, Nintendo Switch, PlayStation 4 and Xbox One in 2018. Set to be published by Curve Digital, players assume the role of Sachi, a young mother on a quest to discover the fate of her child. The game takes place in a darkly fantastical world where grotesque plantlife and animals roam and harsh societal customs rule. Taking cues from modern survival classics, Smoke and Sacrifice evolves the genre with its deeply personal story and complex ecosystem. Creatures forage, mate, breed and prey on one another, creating a living world. Only by taming the game’s wilds can Sachi hope to unravel the mystery at the heart of Smoke and Sacrifice.

“We’re thrilled to finally announce Smoke and Sacrifice after keeping the project to ourselves for so long. With both myself and Neil Millstone having produced games for major studios, Smoke and Sacrifice is an opportunity for us go back to our roots and create a genuinely intimate story in a compelling world,” said Tancred Dyke-Wells, Co-Founder of Solar Sail Games. “We wanted to combine a meaningful narrative with the challenges of survival gameplay. Discovering ways to influence this creepy, organic world to your advantage is key to pursuing your ultimate quest.”

“We’re really excited to be partnering with Solar Sail Games to publish Smoke and Sacrifice later this year,” said Simon Byron, Publishing Director at Curve Digital. “Neil and Tancred have done a remarkable job in bringing this world to life and evolving the survival gameplay that is resonating so deeply with players at this moment. We can’t wait to see how players react to this beautifully told story.”

Depicted in a beautiful, hand-painted style, Smoke and Sacrifice’s storybook visuals belie its brutal story of motherhood and survival. Sachi doesn’t just have to worry about the the game’s antagonists – the entire game world poses a threat. Players can alter the behaviour of plant and animal life but this may also limit the resources Sachi has to craft items from. The deadly smoke also poses unique challenges throughout the game, altering enemy as well as player behaviour. Smoke and Sacrifice will launch for PC, Nintendo Switch, PlayStation 4 and Xbox One in 2018.