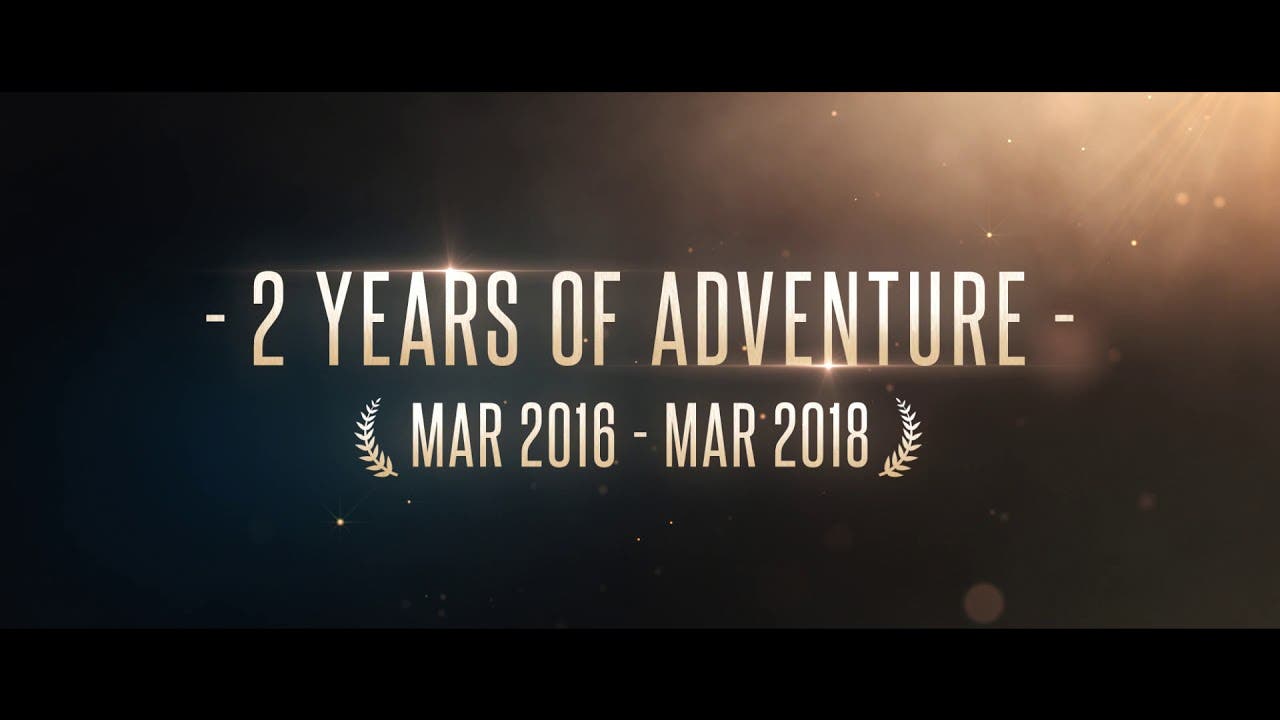 Amsterdam, The Netherlands – March 2, 2018/ Pearl Abyss and Kakao Games are excited to celebrate the 2nd anniversary of their critically acclaimed MMORPG Black Desert Online that took the world by storm with its beautifully designed open world, unprecedented detailed character creator and its real-time action-based combat. Black Desert Online not only rejuvenated the genre, but also pushed the technical limits on what is possible within modern day MMORPGs.

Since its launch, Black Desert Online managed to attract over 3 million players and became a massive success in North America and Europe. The MMO managed to captivate a highly dedicated community with unique gameplay, innovative game systems and overall depth.

Minsung Kim, CEO at Kakao Games Europe B.V. said: “We feel honored to have achieved this incredible success and would like to thank our community for their continued feedback, support, and enthusiasm. Our partners at Pearl Abyss are hard at work to add even more exciting content in the coming months and we can’t wait for it to come to our service.”

Kakao Games and Pearl Abyss celebrate the 2nd anniversary with an infographic that details two years worth of in-game data such as cumulative playtime, quest completions and the number of times players died. Additionally, a new trailer has been released commemorating Black Desert Online’s best features.

In-game, players can look forward to the recently announced Absolute Skills for all classes, a new improved UI system and 3D mini-map and there will be a token of appreciation in the form of an Appreciation Gift from which players can obtain highly sought Boss Gears and Weapons. New players are also eligible if they create a free trial account and complete the tutorial before the next scheduled maintenance which takes place on the 7th of March. The Appreciation Gift will be distributed via in-game mail. Adventurers will also be able to obtain rare Accessories through in-game events, along with special gifts for rookie and returning adventurers. Spanish players will be excited that the game has been updated with Spanish localization. 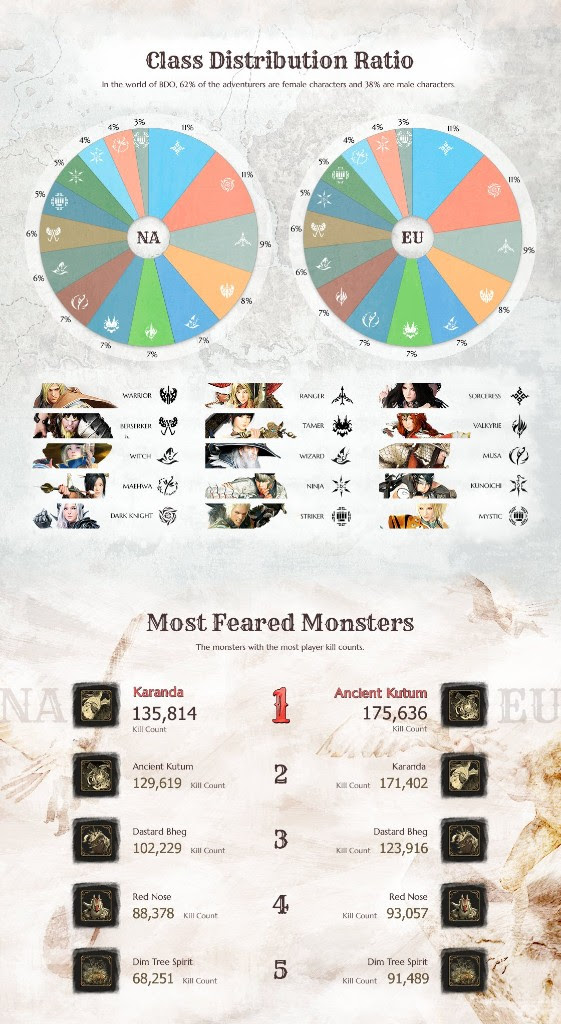