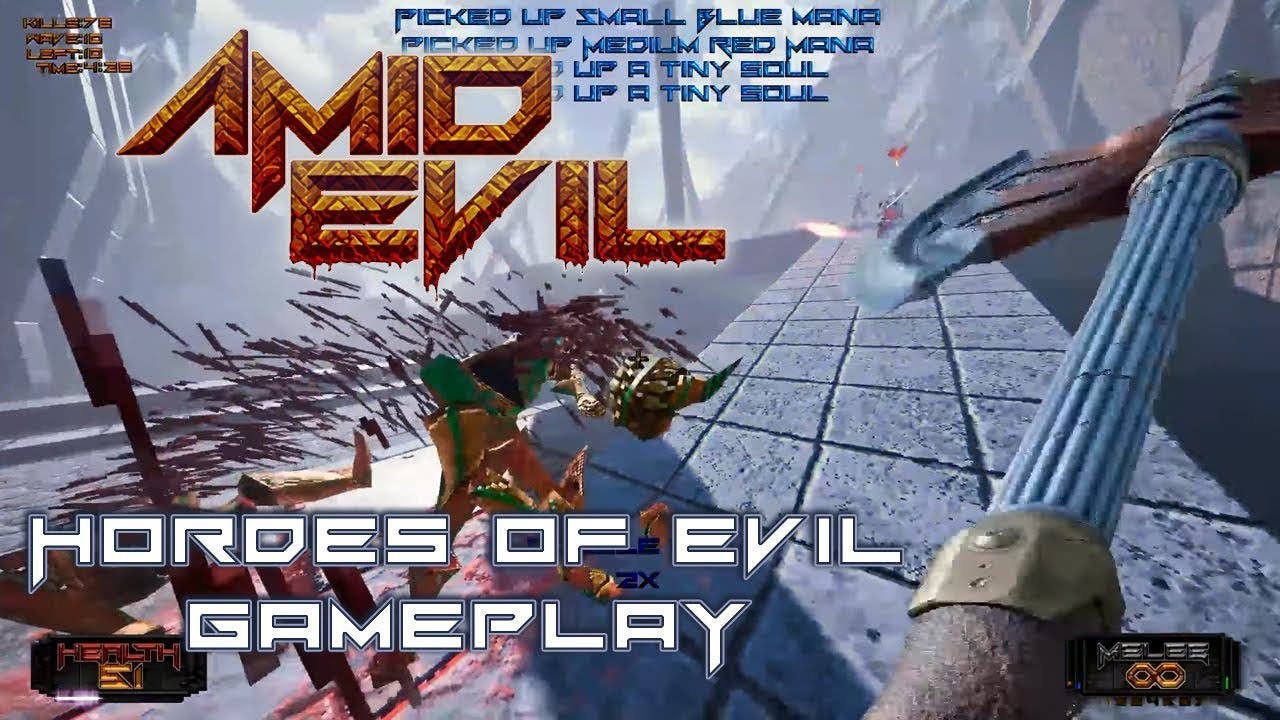 AMID EVIL, the Heretic/Hexen-like arrives onto Steam Early Access next week

AMID EVIL’s fast-paced and over-the-top action is a modern throwback to games like Heretic and Hexen. Yanking players back to a truly golden PC-age experience, AMID EVIL hosts savagely violent enemies and insane magical weaponry like tridents that shoot high voltage mystical electricity and katanas that expel enough force to mow down several enemies at once.

Brutal new footage released today introduces the endless mode gameplay, Hordes of Evil, which pits players against insane enemy AI. Hordes of Evil is included in the Early Access version of the game, which grants players three of the final seven campaign episodes. Each episode boasts different environments and enemies, as well as multitudes of in-game options and cheat codes.

Created with Unreal Engine and optimized to run on a toaster (a really nice toaster), the game sports a dynamic and remarkable soundtrack by Andrew Hulshult (Rise of the Triad, DUSK). AMID EVIL will unleash its full fury later this year.