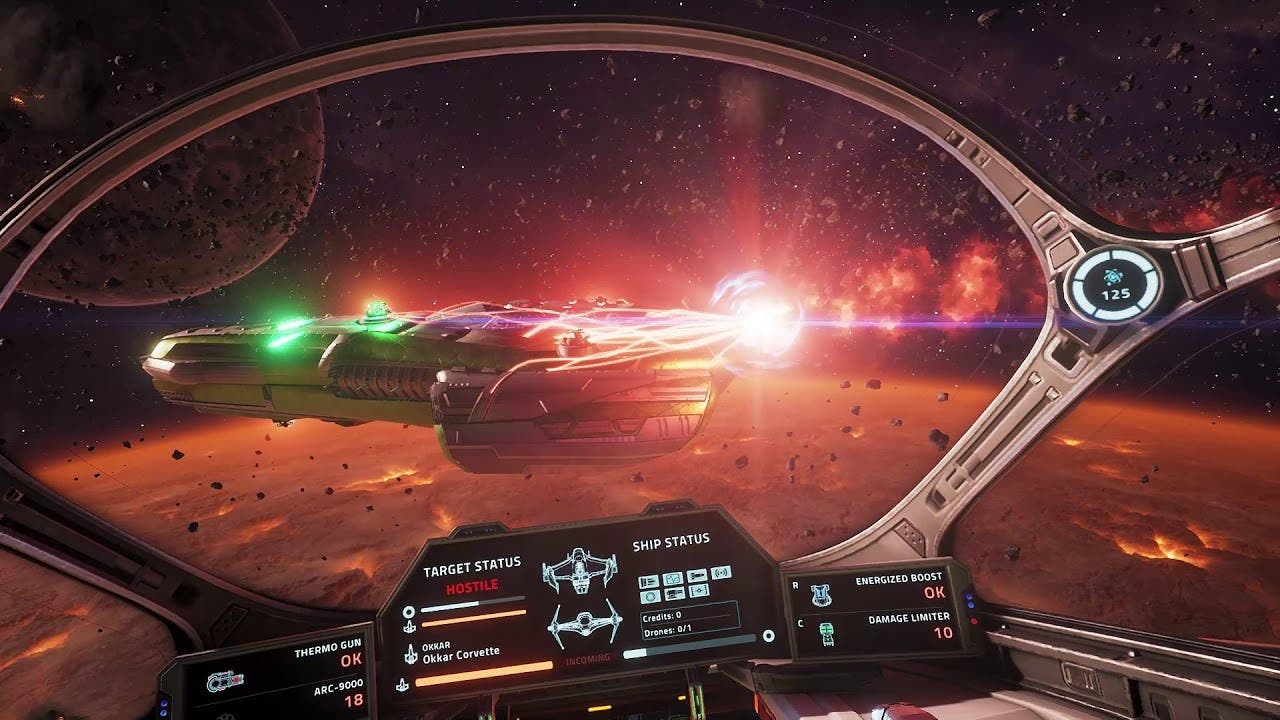 Hamburg, Germany – March 6, 2018 – Hamburg-based independent developer ROCKFISH Games announced the release of EVERSPACE™ and the add-on EVERSPACE™ – Encounters for PlayStation™ 4 and PlayStation™ 4 Pro. The popular 3D roguelike space shooter and its top-rated add-on will be selfpublished on the Sony PlayStation™ Store by ROCKFISH Games. The base game will be available for €/$29.99 and the DLC for €/$9.99 or bundled together for €/$34.99, respectively.

The boxed EVERSPACE™ Galactic Edition will be published by Madrid-based publisher BadLand Games for €/$39.99. It will include the base game, the add-on, the original EVERSPACE™ soundtrack as well as a color-printed booklet featuring the studio’s history and the making of the game.

EVERSPACE™ will hit the PlayStation™ Store and retailers on May 29, 2018.

“We are super excited about the PS4 release of EVERSPACE, and it is just awesome working with BadLand to bring the boxed Galactic Edition of EVERSPACE to retailers all across Europe and America,” said Michael Schade, CEO and co-founder of ROCKFISH Games. “Getting our console debut game out on PS4 and even onto the shelves of brick and mortar stores are two more fantastic achievements for our fairly new studio.”

“We are delighted to be working with ROCKFISH Games, to offer their addictive space shooter as an exclusive retail bundle for all space game enthusiasts on PlayStation 4”, adds Badland Games CEO Luis Quintans.

ROCKFISH Games raised €420,252 from 10,739 backers for EVERSPACE™ through a wildly successful Kickstarter in 2015, with another €250,000 coming from over 6,000 backers through the official game website. Since Early Access in September 2016, ROCKFISH Games have sold over 400,000 copies, which made EVERSPACE™ become one out of twelve Steam Early Access Platinum Graduates of 2017.