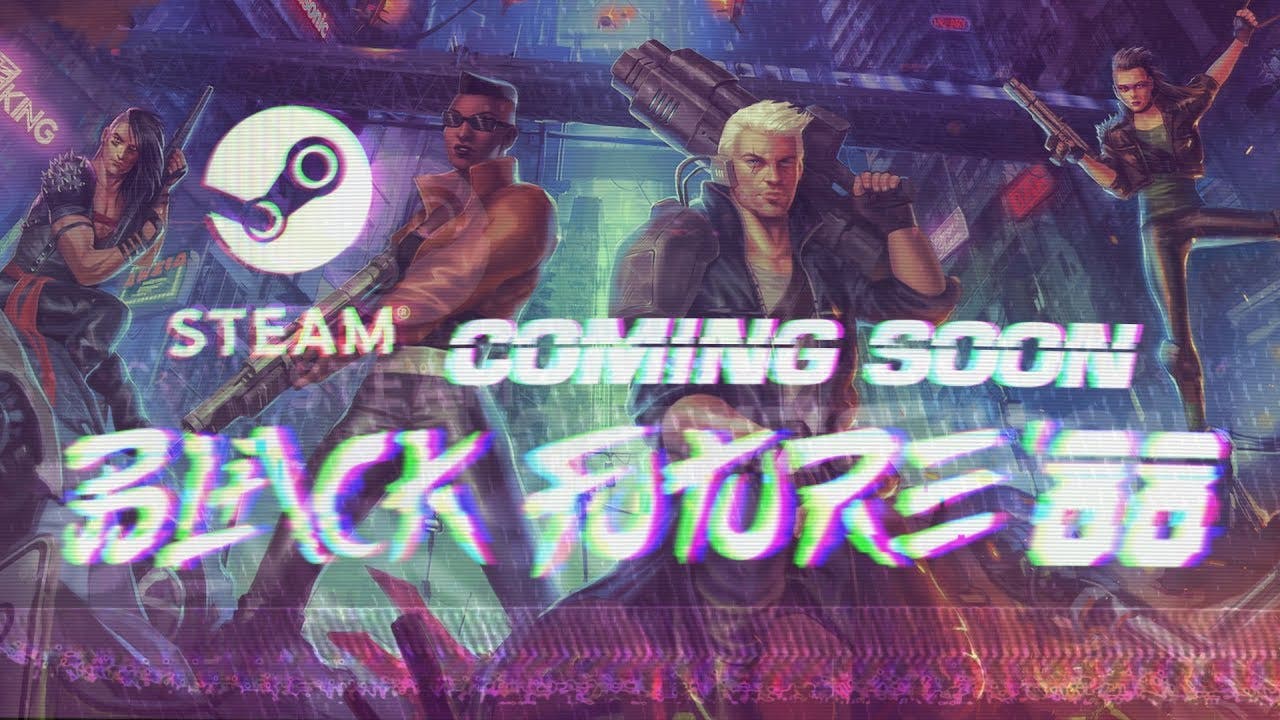 Black Future ‘88 from SuperScarySnakes is being published by Good Shepherd Entertainment, coming this year

Black Future ‘88’s neon-lit retro-future style paints a dark alternate history of a world reeling from a nuclear cataclysm created by Duncan, the tower architect. The first of his bombs fell in 1988, blacking out the sun with perpetual rain; it’s been 1988 ever since. Now the only time that matters is measured in minutes left to live. As one of the last remaining survivors, fight your way to the top of the tower to kill Duncan before your heart explodes.

Climb an evolving procedural tower through a merciless onslaught of fire, lasers and steel. Shoot, slash and dash to overcome deadly traps, homicidal AI, crazed junkies and colossal boss-grade Wardens. Choose one of five playable characters, each with their own unique powers, then upgrade your renegade with a selection of dozens of brutal weapons and special buffs/curses to survive. Test your wits and reflexes alone or with a friend in two-player couch co-op, and measure your mettle against other players by tackling daily challenges with unique attributes to climb the global leaderboard.