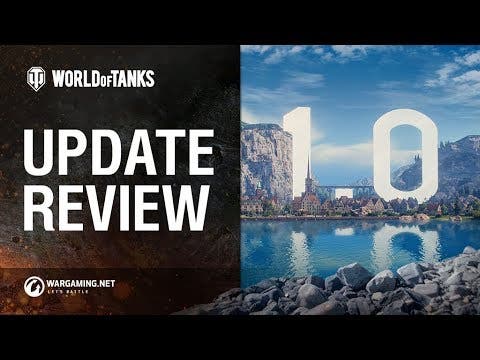 World of Tanks reaches version 1.0 in what is the biggest update to the game yet

Update 1.0 is released in partnership with Intel Corporation to help ensure that World of Tanks remains up to date on the latest technological advances and uses them to enhance its gaming experiences.

“Update 1.0 improves the baseline technology for the game, introducing the in-house developed Wargaming Core graphics engine,” said Milos Jerabek, Development Director for World of Tanks PC. “Thanks to it, we’re now capable of elevating the entire game and can ensure World of Tanks is a fun and immersive experience for years to come.”

“Intel is committed to driving technical innovation in the PC gaming industry,” said Michelle Chuaprasert, Sr. Director of Developer Relations Programs and Initiatives at Intel Corporation. “The advancements being made by Wargaming in its next release of World of Tanks represent the next generation of PC gaming experiences.”

Celebrating the launch of Update 1.0, World of Tanks has announced the Grand Extravaganza—a two-week long marathon full of battling and rewards. Starting March 23 until April 6, players will get chances to earn multiple in-game bonuses, as well as prizes from Intel.

Together with greater visual fidelity, Update 1.0 adds a brand-new dynamic soundtrack. Each in-game location gets its own theme that resonates with its setting, creating a unique atmosphere for every battlefield. Published by Sony Music Entertainment, the World of Tanks official soundtrack will be available for listening and downloading for free at all major music platforms.