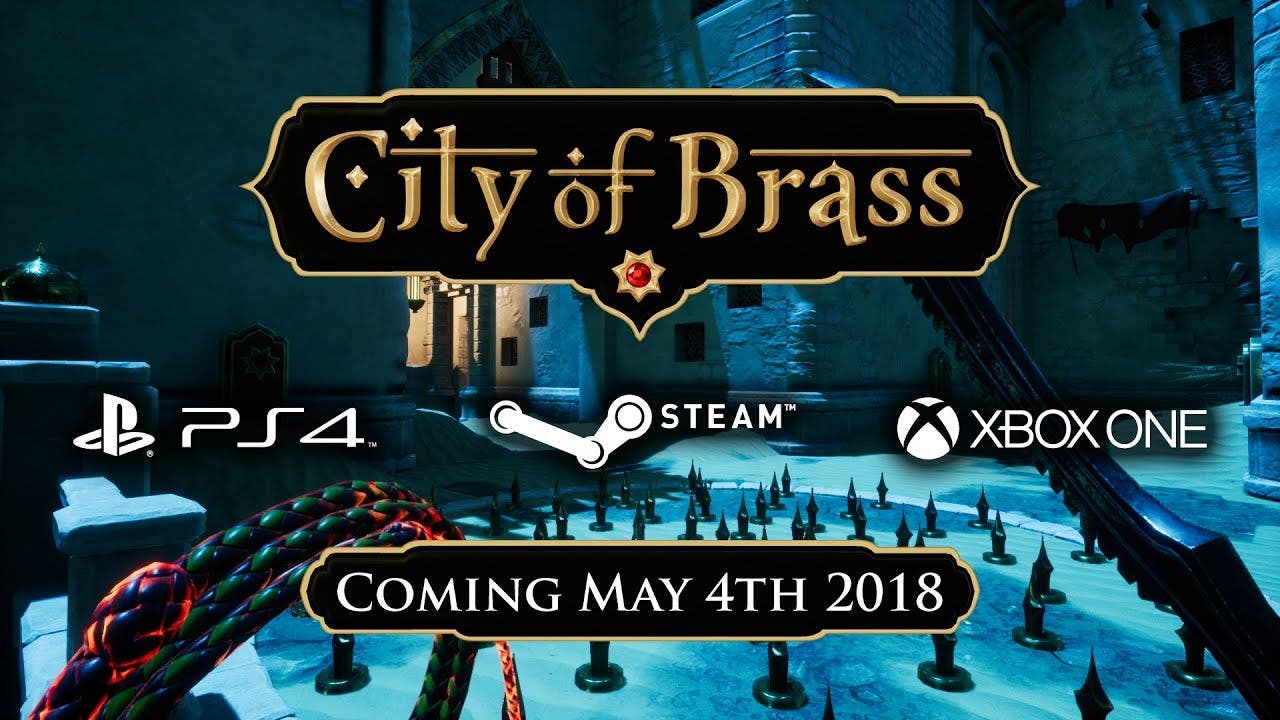 City of Brass, the Araban Nights-inspired roguelite from Uppercut Games releases May 4th on PC and console

CANBERRA, ACT – April 2, 2018 – City of Brass, an Arabian Nights-inspired first-person rogue-lite adventure from the BioShock veterans at Uppercut Games, launches into action May 4, 2018 for PlayStation 4, Xbox One, and PC.

Set in a mythological metropolis undone by its love of gold, City of Brass follows a cunning thief on a heist to obtain fabled treasure hidden in the heart of the opulent ruins. Armed with a bullwhip and blade, players will lash-and-slash their way through the legions of damned souls that haunt this legendary labyrinth while pilfering relics and other riches contained within its walls.

The rhythmic interplay between these tools gives the experience a fluid feeling as melee bleeds into movement. The versatile whip is used not only to disarm, trip, and stun enemies but allows players to swing to safety or obtain objects that otherwise would be out of reach. The whip also has the ability to turn City of Brass’ dangerous environment against itself. Players can wield it to manipulate hazards from a safe distance and spring deadly traps on unsuspecting enemies.

With shifting streets that ensure no two playthroughs are ever the same, players will need to be tenacious and make good use of their knowledge from past runs to press further into the stronghold if they want to claim the city’s ultimate prize and perhaps even reverse the curse.

To ensure the challenge is tailored to all players, City of Brass features a Blessings & Burdens system, which can make the experience much easier or do quite the opposite. These optional modifiers can tweak everything from player health and damage output to item costs, ensuring City of Brass is tuned everyone’s needs and desires. This system also extends to Mixer, Microsoft’s next generation streaming service, where viewers can interact with live-streamers by griefing them with additional enemy spawns or helping out with extra gold or healing items.

“City of Brass is a fast-paced hack-and-slash adventure leaping from the pages of Arabian Nights,” said Ed Orman, co-founder and designer, Uppercut Games, “We hope players will enjoy plundering the city for its treasures when the game launches this May.”

City of Brass is financed with the assistance of Screen Australia’s Games Enterprise Program. To more learn more, visit the game’s official website or follow Uppercut Games on Twitter.