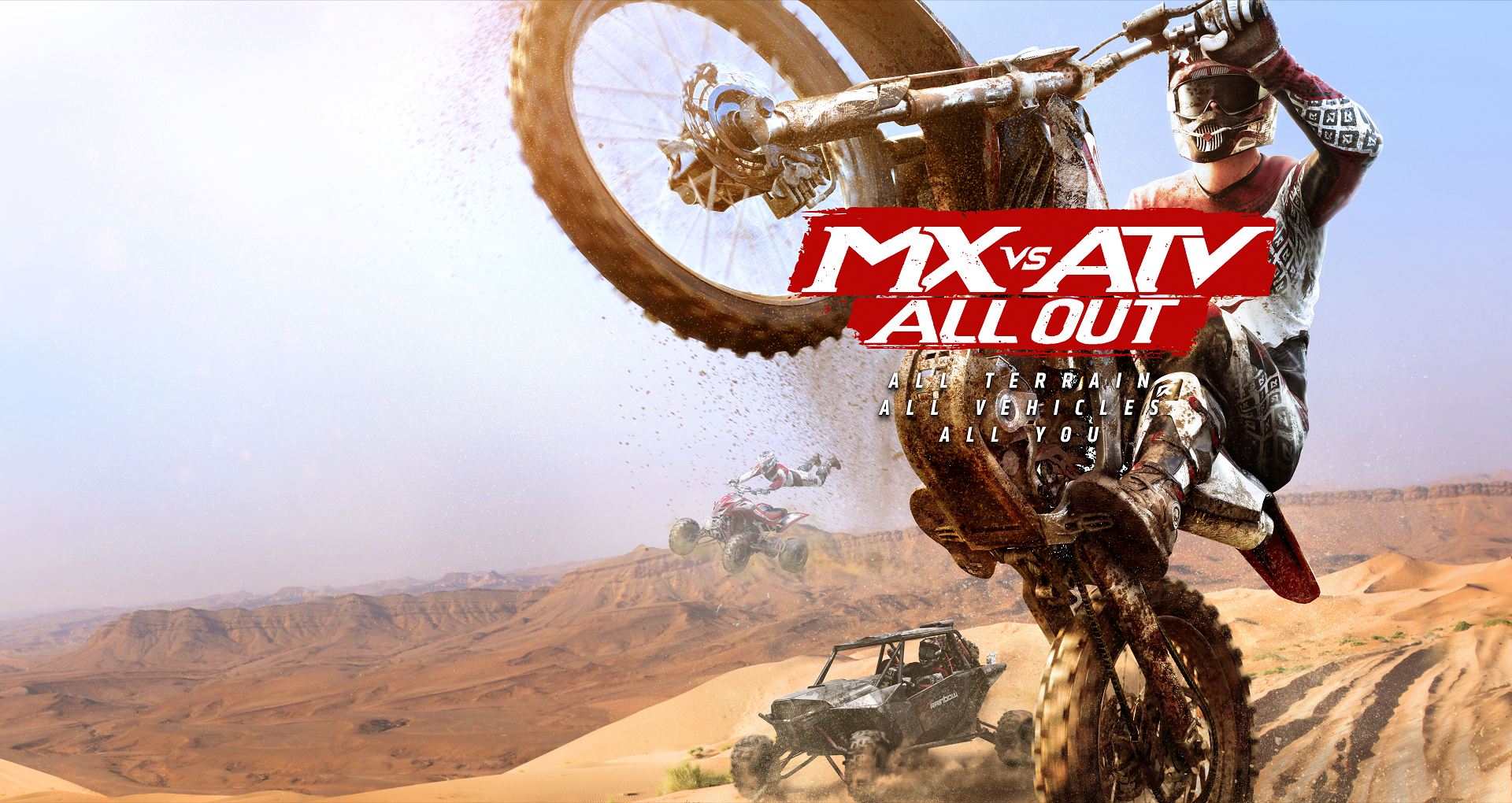 MX vs ATV All Out Review

The return of the MX vs ATV series comes thanks to THQ Nordic and Rainbow Studios, the original publisher and developer. However, that return is met with a meh, rather than memorable. MX vs ATV All Out has just about everything that made the series what it is, but feels like a step back from where it left off. The core presentation and offerings of MX vs ATV All Out are really solid, though the things all around tend to fall apart the longer you play it. 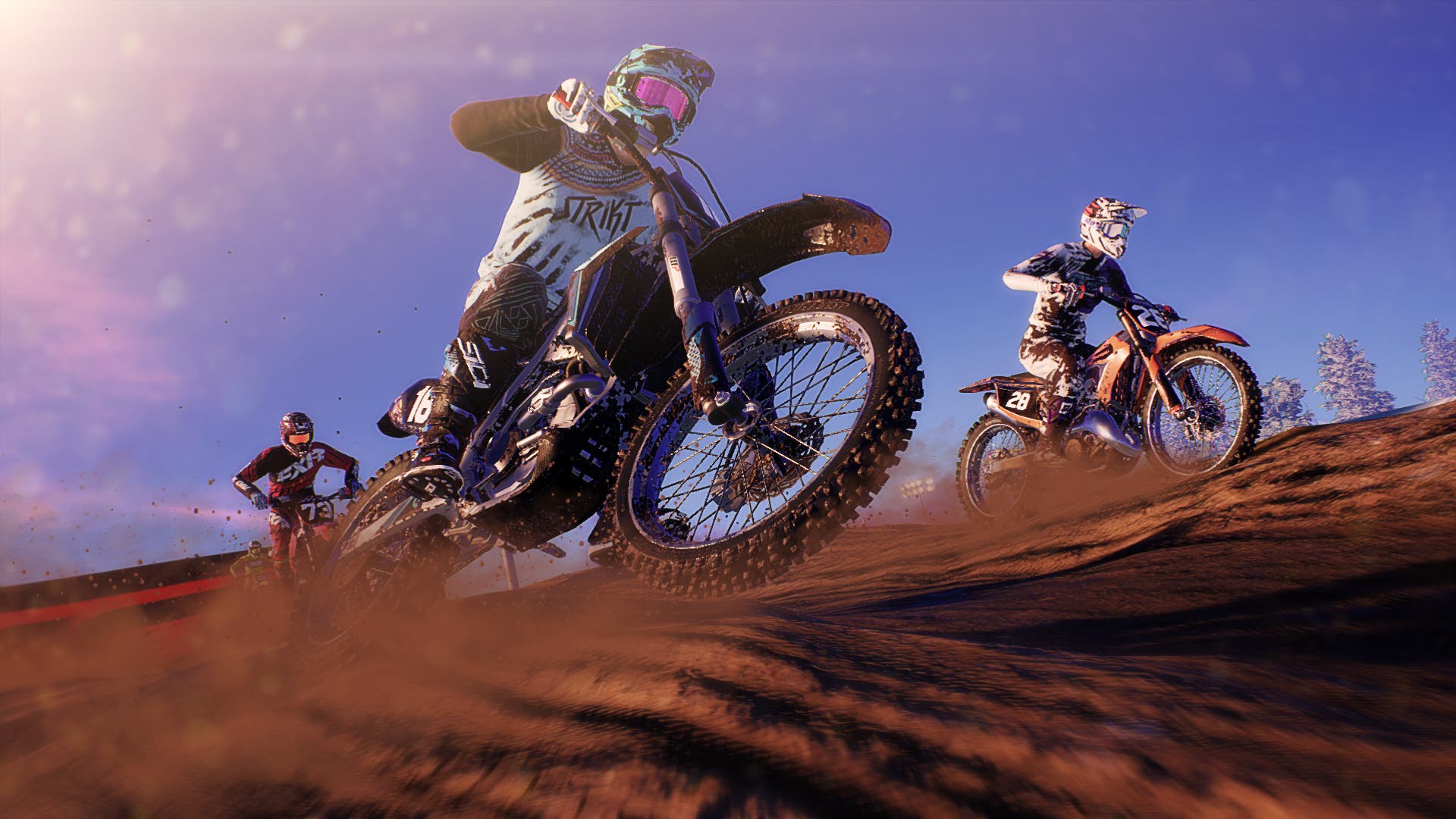 Editor’s Note: This was reviewed after the v1.02 patch

From the first time you start the game, you’re put right onto a motocross bike and can free ride the area. It’s here you can get tutorials on each of the different styles of races: Supercross, Nationals, Opencross, Waypoint, Tag, and Freestyle. Or make it your playground for your MX, ATV, or UTV vehicles after you’ve made changes and want to just do stunts or racing without any limitations. There are twenty-five collectible gears to pick-up, though I wish there were more free ride environments to collect them in. The races themselves are rather fun and the variety of environments look great too. I wish more standard buggies, trophy trucks, and monster trucks were available here. I can do without the airplanes and helicopters the series previously had, but the available vehicles feels toned down.

One of the core features of MX vs ATV makes its return, and that’s preloading your jumps. Doing so will ensure maximum height of jumps. Preloading is done with the right stick by pulling down and then pushing it straight up to do. And this feels great on MX and ATVs, but the odd man out is the UTVs. Why a buggy would be able to preload, and then have air control just feels really bizarre. Controls remain unchanged from prior versions where you control the bike with the left stick, and the rider with the right stick. Doing this well will manage both for efficiency through jumps. Whenever things don’t go your way and you crash, your character will ragdoll in hilarious fashion that never gets old. And true to the series, that when you reach the out of bounds in freeride, you’ll be blown back to the center of the map. Having them get that element right reminds me that they know what the tent poles are of what makes a MX vs ATV game, but didn’t implement all of them. 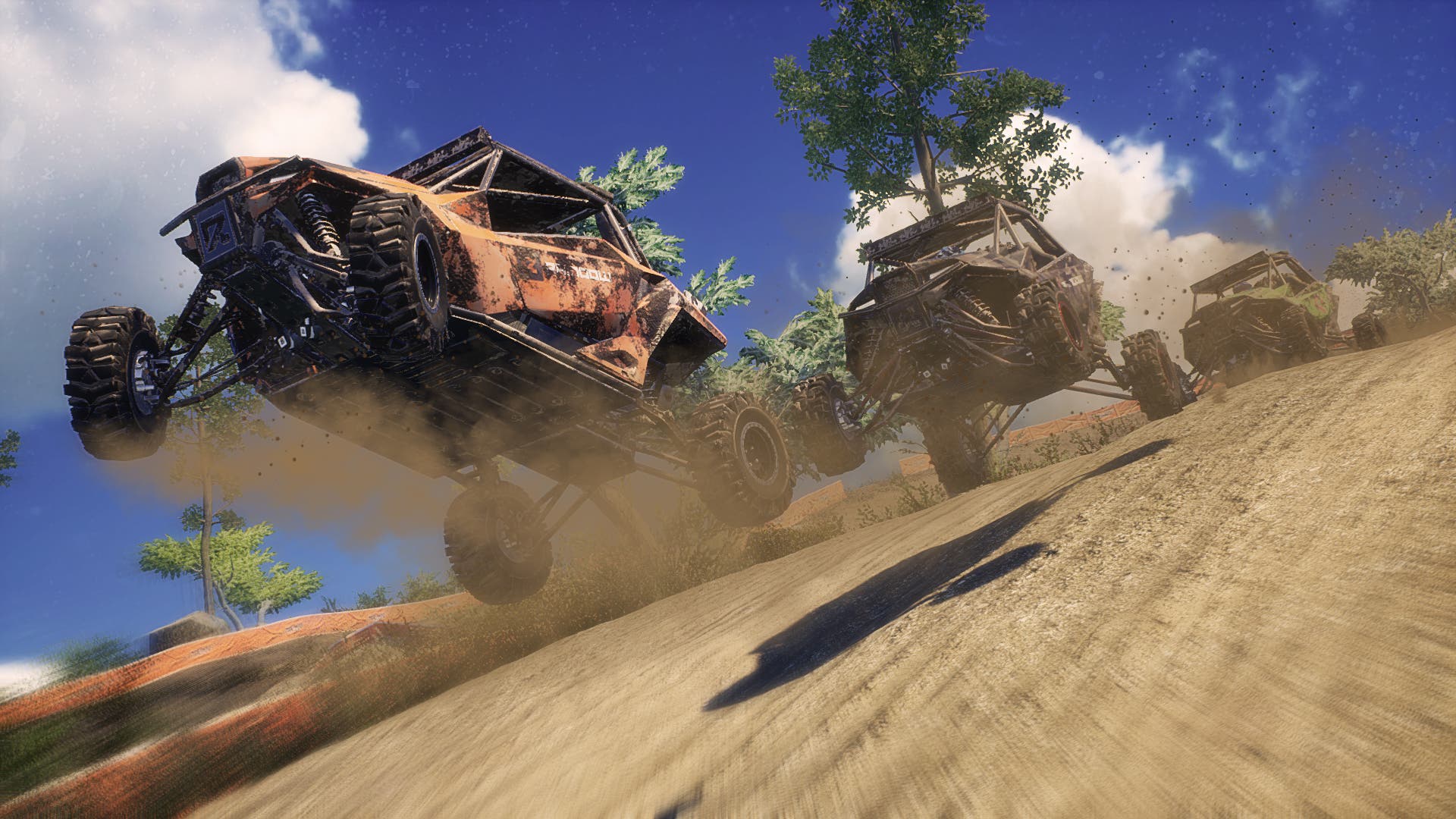 Outside of races you can spend your time and hard-earned currency on improving yourself and your gear. There’s the garage where you can swap vehicles and parts. This part of the game I don’t think is handled especially well when you go into events, as it never prompts you to pick a vehicle. All vehicles must be picked prior to starting a race. Tuning is not an aspect I spend much time with in any game, but here you can fine tune details of your vehicles. The rider section lets you purchase and customize wearable gear to give yourself a unique look out on the track. B.R.A.A.P. is ridiculously named, but simply stands for: build rider and AI profiles. It’s here you are able to define whether the AI is aggressive or a showboat among others. Lastly, the dealership lets you purchase new vehicles that are vastly more powerful than the stock ones you have access to, and upgrades here make them even better.

The soundtrack will likely be divisive, as it’s a mix of vintage meets modern with it consisting of tracks from The Offspring to Asking Alexandria. Even including older instrumental tracks from prior MX vs ATV games is a nice touch. But even with the modern tracks making up the different playlists between racing, stunts, and free ride, it all feels rather dated on the whole. 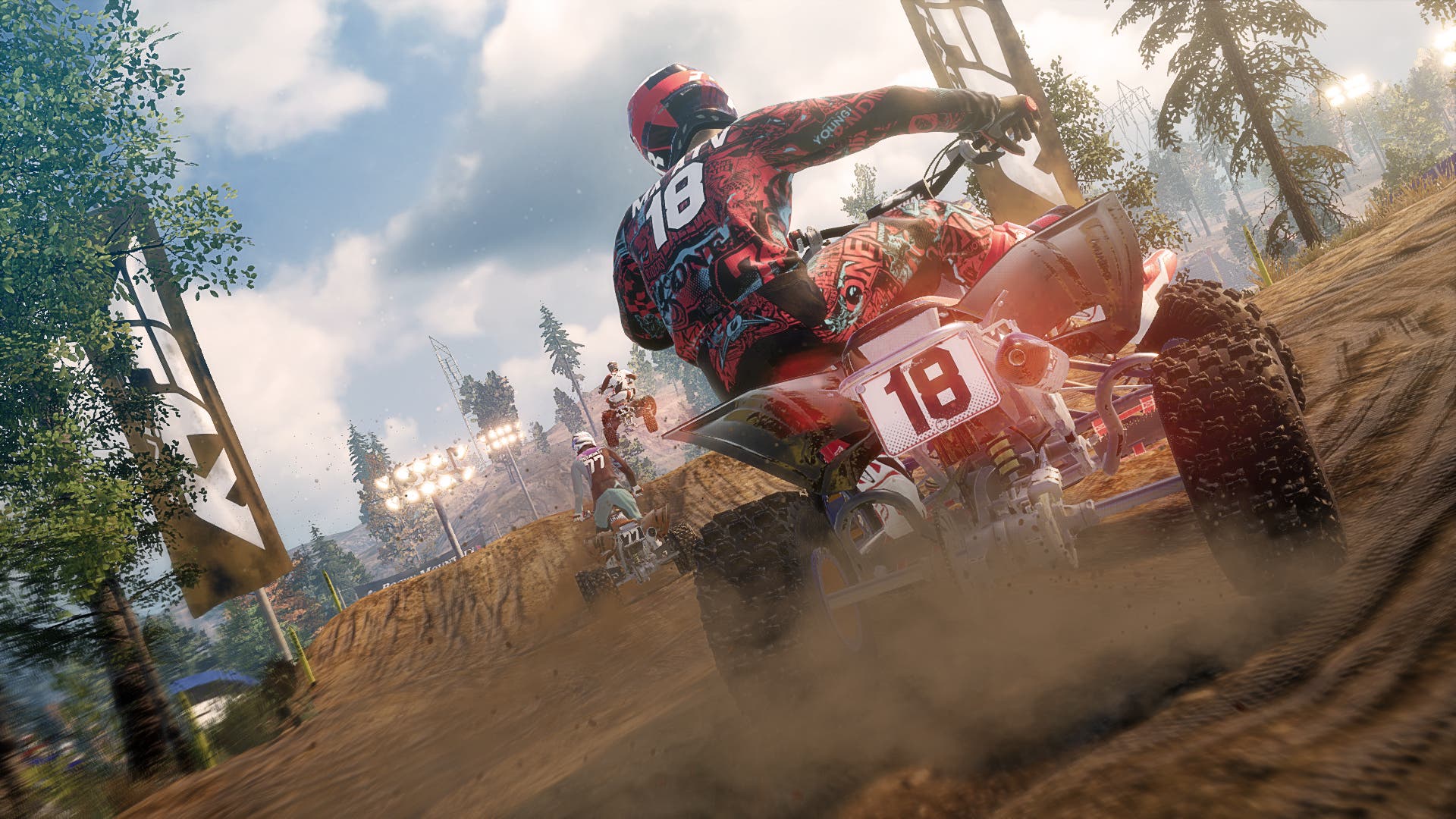 MX vs ATV All Out‘s performance has been odd to say the least, where I’ve been able to run the game on Epic setting for a solid 60fps, but Cinematic for some reason causes issues. The visual oddities in MX vs ATV All Out are rather problematic. The water looks great from a distance, but like many of the solid objects, interactions with water does nothing. There are no ripples or reactions from you going through it, and while it isn’t the worst thing, it’s basic details that Rainbow Studios gets wrong that detract from the game’s experience. This, in conjunction with the way the terrain forms as you get closer to it is another. It’s like a weird form of popup.

MX vs ATV All Out has a lot of bugs, the most egregious being one where races start and the camera is not connected to the player, swaying back and forth without any visibility as to what’s going on. Without the ability to restart a race once it has started, you have no choice but to forfeit and take a major loss. And if this is part of a series, you might as well start over because you’ll be too far down in the leaderboards to place meaningfully. This really needs to get fixed, and/or the ability to restart races. It seems like a simple feature that should be present, but isn’t. 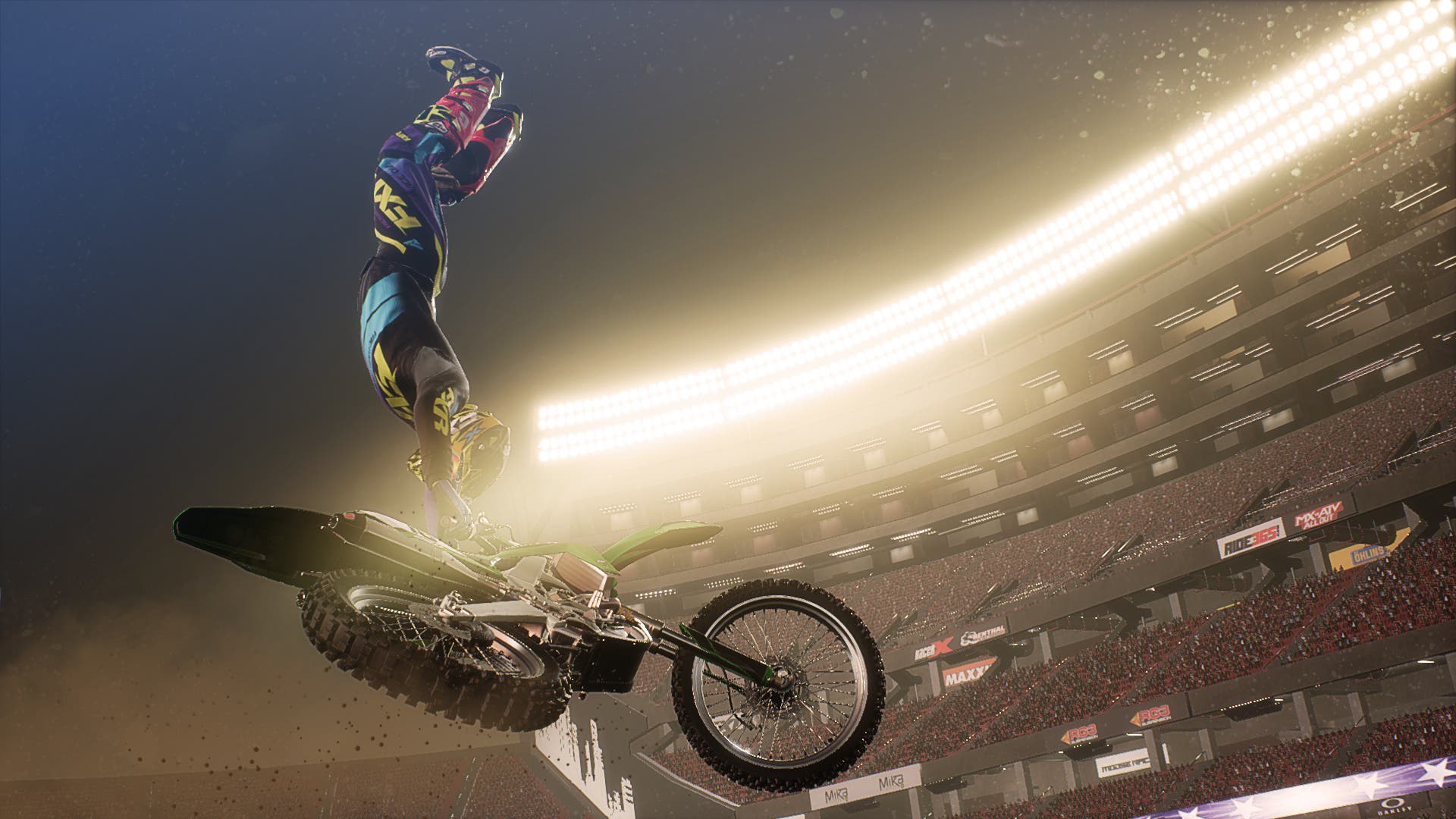 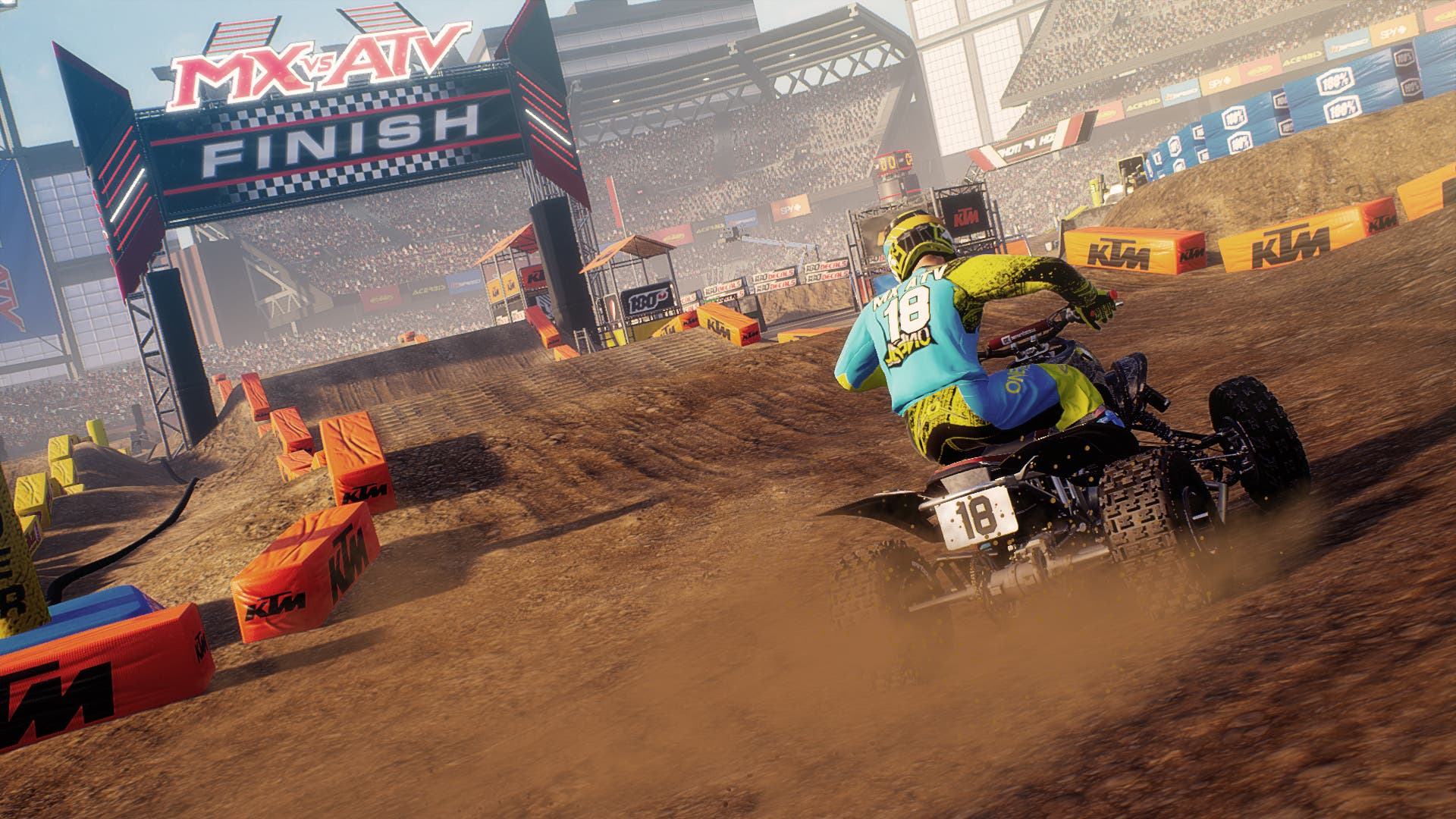 MX vs ATV All Out fails to do anything new or interesting that we haven’t seen before. It’s visually unimpressive and auditorily disappointing, seeming like like a lost game from the last generation of systems. The game-hampering bugs are problematic, though admittedly being fixed. Each of the different event types are well-made and offer a lot of variety and satisfaction with the core gameplay is fun to play once you get a handle on the mechanics of the dual-joystick controls. There’s a lot of basic things MX vs ATV All Out should already have figured out – but it doesn’t.