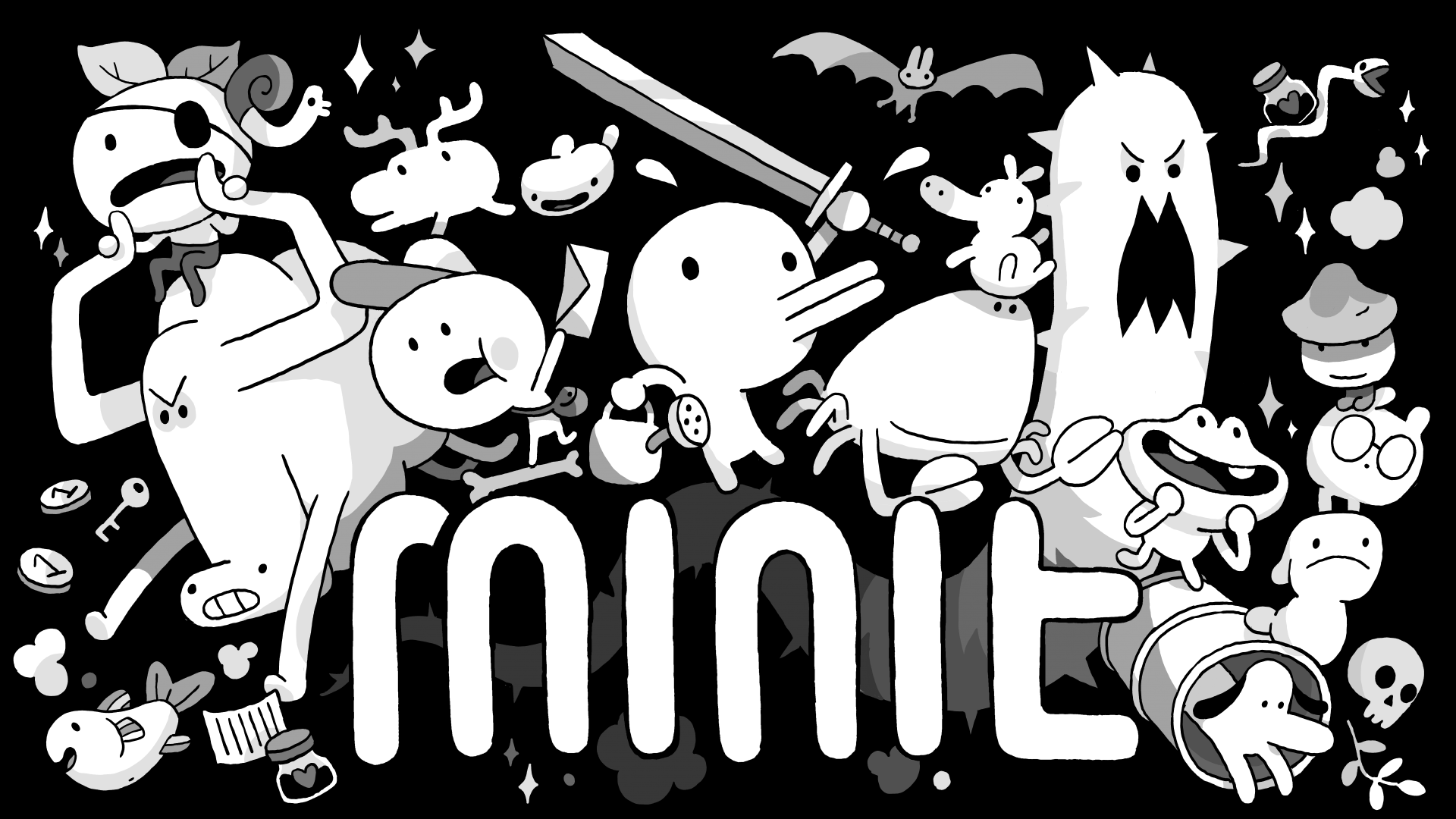 Now this is a story all about how / My life got flipped turned upside down / And I’d like to take a Minit, just sit right there / I’ll tell you how I overcame a frown after I took this cursed sword. Minit from collaboration of developers JW, Kitty, Jukio, and Dom have something special here. It being published by Devolver Digital says something, too. But playing Minit is a unique and exciting adventure that is more than minute’s worth of enjoyment.

It all starts with you picking up a sword, which lo and behold, is cursed. This bestows a life-ending time limit of sixty seconds. While you will start back at your home each time, it is up to you to find a way to lift the curse. Minit makes you efficient with your time as you try to do as much as you can to move things forward before the timer expires. If you don’t complete the task you set out to do before then, you’ll have to try until you do. After each sixty seconds are completed, you restart. There are several houses you’ll get access to, they provide the means to complete your objects within the rigid time frame. Staying in different locations gives you different reaches within those precious 60 seconds to do something meaningful. There are some quests that span multiple runs.

This is the first game in a while that’s forced me to memorize screens, from making mental notes to actually drawing a physical map so I know where to go without wasting time. The sense of urgency in this game is so great, there’s lots to do, but you’re always pushing to make something happen, even the smallest of progress. Trust that despite the name of the game, the total length of the game is longer than 60 seconds. Minit is played in 60 second increments, like a roguelike with constant permanence. It’ll take you several hours to complete it, and many more hours to find everything the game has to offer. 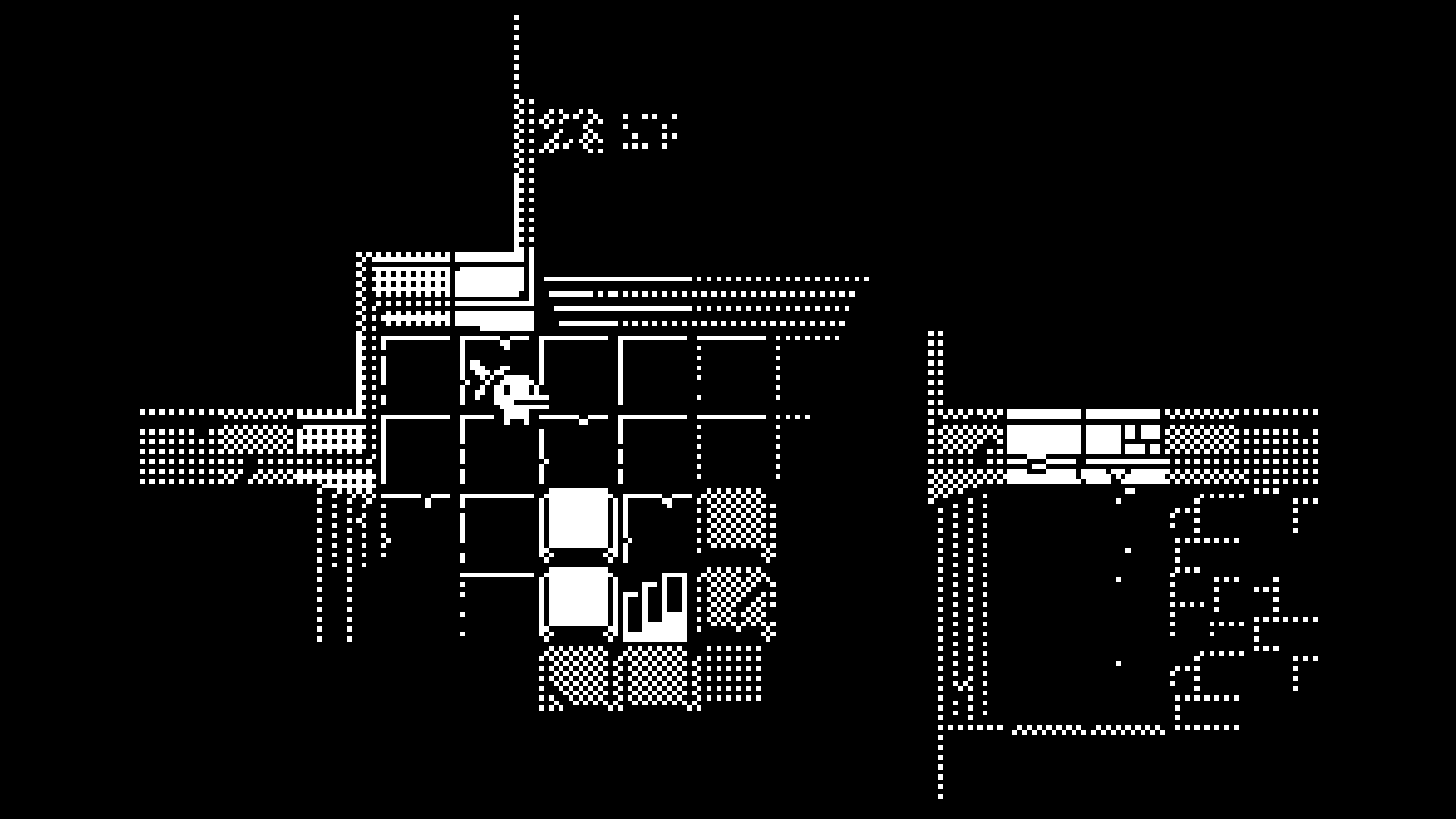 You’ll collect nearly twenty items in your adventure, some are weapons, others a means of progression like a watering can or a key. The combat develops and grows with you, as you’ll have more tools and uses at your disposal as you progress. Combat is not always a necessity, and can by bypassed in some areas over others. Other tools come later in the game such as televators which will take you across large distances of the game space to reduce the need for making multiple runs to get to specific areas.

The monochromatic look of Minit‘s art is great fit with its atmosphere and presentation. The ambient sounds and music pair wonderfully with each new area you visit. It’s such a fascinating game to listen to as much as it is to look at. Minit is the type of game that if you were playing with your eyes closed, you could tell what parts of the game you were in simply by sound alone. 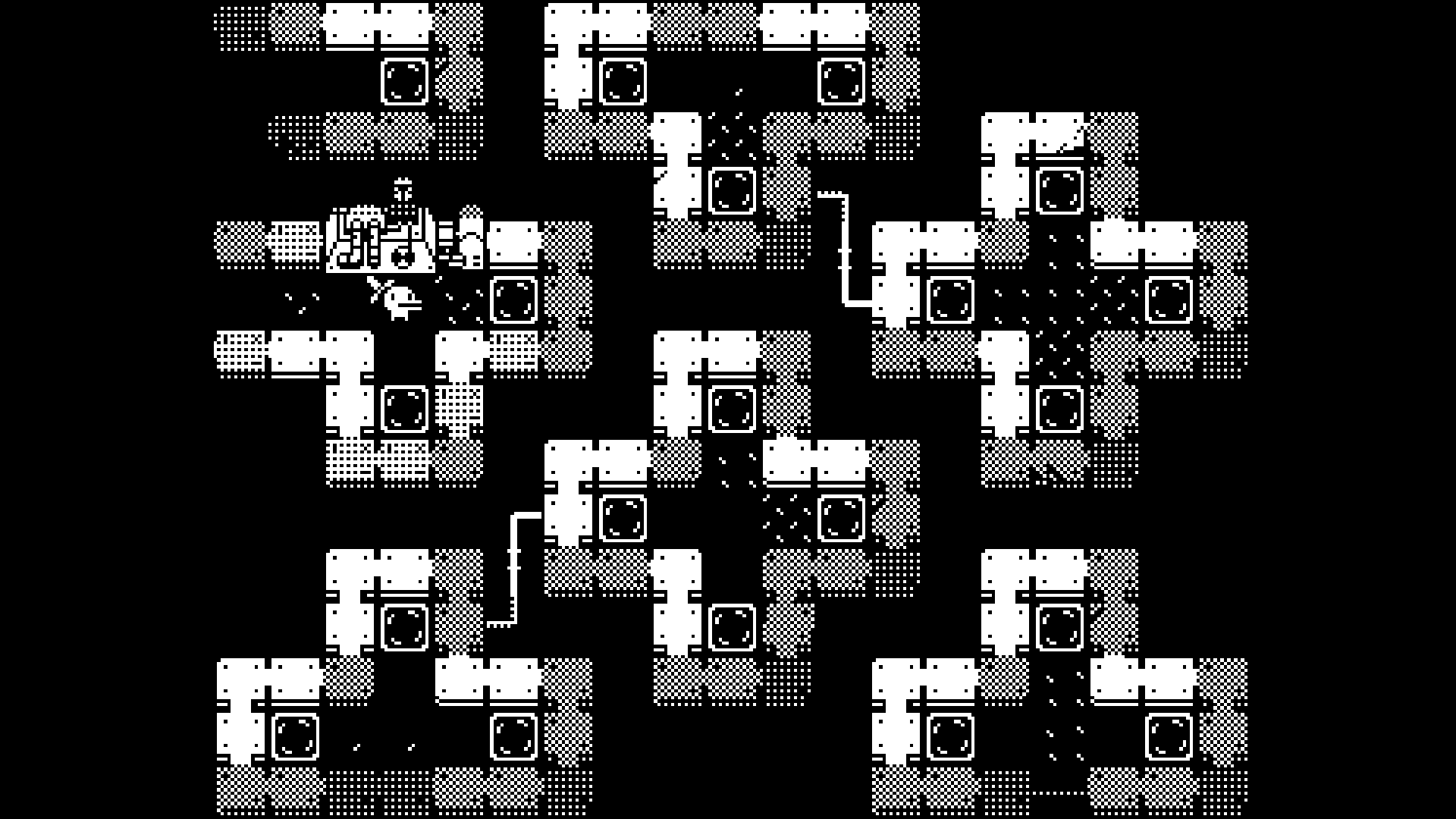 Minit has a unique photo mode where you obtain a camera in-game and can take pictures. In fact, it is a GIF recorder and you’ll get a specialized URL for them to be viewed. My latest GIF can be viewed here. It will only hold one GIF at a time, so you best save it before making another. I actually used this feature to understand how to solve certain pattern puzzles.

After a certain point, you’ll unlock a room in your house that divulges information about the areas you’ve visited, the number of runs you’ve had, the time you’ve taken, the items you’ve collected, and any secrets uncovered. The more time you spend with the game, the more it is willing to reveal its mysteries to you – and they’re worth investigating.

Minit’s delightful minute-to-minute gameplay is as rewarding as it is decisive. Having Minit be so focused is to the game’s benefit. Never before has a game’s core mechanics are in such succinct harmony with the gameplay. The short run times ensure that whether you have a few minutes or hours, the game accommodates any amount of time you’re willing to put into it. And it the satisfactory return on your investment is nothing but respect for the player.