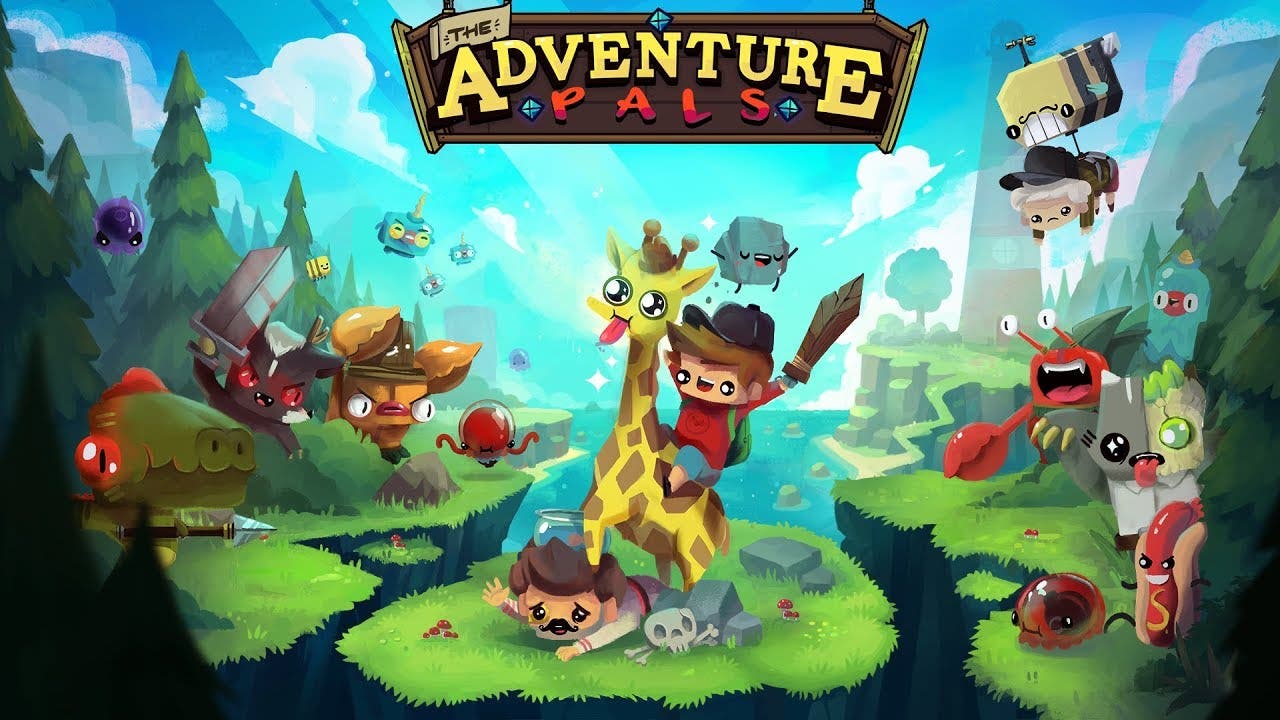 IRVINE, Calif. – April 3, 2018 – Independent developer Massive Monster and Armor Games Studios have released The Adventure Pals! This action-adventure platformer with local co-op and RPG elements is available today on the PlayStation®4 computer entertainment system through the PlayStation®Store, Xbox One via the Xbox Games Store, Nintendo Switch™ through the Nintendo eShop,* and Windows PC and Mac via Steam and GOG.com for $14.99.

The Adventure Pals is a cartoon-inspired, side-scrolling, action-adventure game about friendship, riding giraffes, and rescuing your pa from being turned into a hot dog. Explore 105 madcap levels across five whimsical worlds, and befriend ridiculous characters while battling enemies, finding treasure and getting stronger along the way. Hop on the back of your giraffe, Sparkles, and play alone or with your bestie in two-player local drop-in/drop-out co-op. Help an insecure whale regain confidence, take a side in the battle between toast and dinosaur, decide the fate of a pirate election and more!

The Adventure Pals is rated E10+ (Everyone 10 and Up) by the ESRB. For more information, check out https://theadventurepals.com, and follow the game on Twitter @MassiveMonsters.

*Available on Nintendo Switch today in North America and April 12 in Europe.