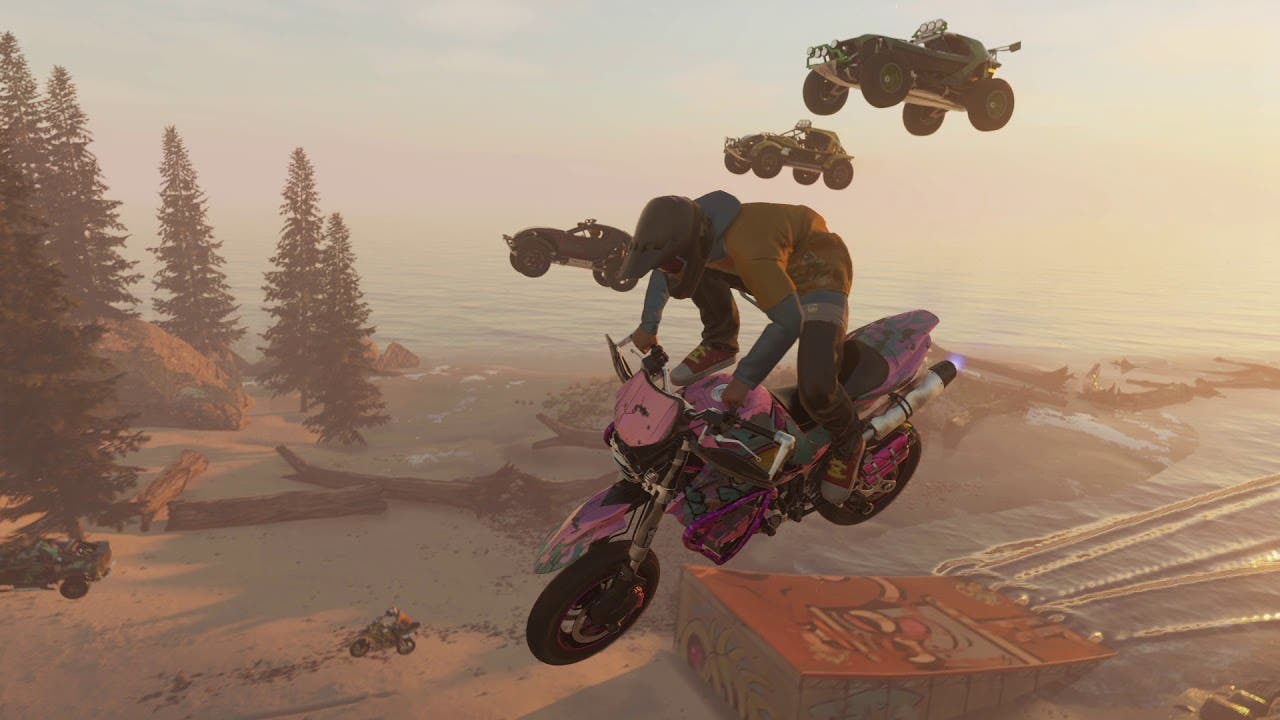 Larkspur, Calif. – April 5, 2018 – Codemasters & Deep Silver have today released a new gameplay trailer for ONRUSH, the action-packed, arcade racer that will smash its way onto the PlayStation® 4 computer entertainment system and Xbox One on June 5th, 2018. The new trailer, available to view now at www.codemasters.com/onrush, showcases the game’s unrelenting, hair-raising action and heart-in-the-mouth close calls that come thick and fast in every round.

In ONRUSH, players race hard and wreck even harder. However, unlike other arcade racers, ONRUSH will throw you right back in the thick of the action faster than you can say takedown. This allows players the opportunity to race and battle harder than they’ve ever done before, because revenge is always just seconds away.

As the Race, Wreck, Repeat trailer highlights, each track has multiple routes. A player can use the variety of avenues to their advantage, or, more often than not, disadvantage. Wince-inducing pinch points, stomach- churning near-misses and unforgiving environmental obstacles all play a pivotal role in testing a player’s reactions and keeping them on the edge of their seat.

Each track is also multi-layered, meaning the player can chose to stick to the ground, or go up high in order to wipe-out an opponent from above with a crushing takedown.

Developed by the new Codemasters development team in Cheshire, UK (formerly Evolution Studios), ONRUSH is not about racing to the finish line. Racing with style and flair is what counts as you perform incredible takedowns and put everything on the line in order to power up your all important RUSH bar.

For more information about the game, visit www.onrushgame.com. Fans can keep up to date with all the latest news by joining our communities on Facebook, Twitter and Reddit.