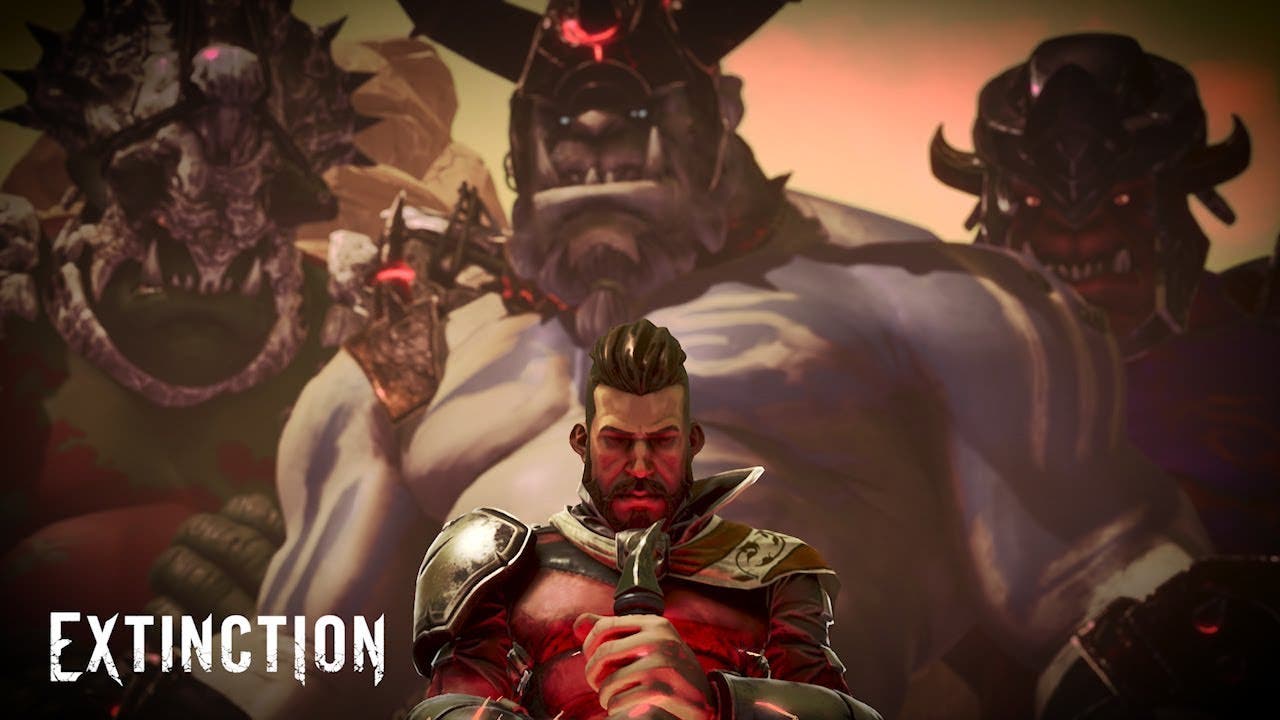 Extinction from Iron Galaxy and Modus Games releases onto PC, Xbox One, and PS4 today

Play as Avil, one of the last remaining Sentinels and the only warrior equipped with the skills to take down the fearsome Ravenii. These 150-foot-tall bloodthirsty monsters were previously only spoken of in fables, but today they return with a vengeance.

“When we first brainstormed the idea behind Extinction, we thought wouldn’t it be cool to scale these giant monsters and use actual, real-time combat skills to cut them down,” said Derek Neal, Executive Producer at Modus Games. “With the help of the amazing team at Iron Galaxy, we’re so excited to finally have players put those skills to test.”

“From the very beginning, Extinction was a game about two things: strategy and combat,” said Kraig Kujawa, Game Director at Iron Galaxy. “Every situation you encounter is going to force you to think strategically – do I battle my way through a horde of minions to save this group of civilians or do I scale up this tower to jump on the back of the ogre who’s destroying the city?”

Featuring a single-player campaign with dynamic side missions, players will be able to master ultra-flexible melee combat and gravity-defying traversal mechanics throughout the world of Dolorum.

Extinction launches today on the PlayStation®4 computer entertainment system, Xbox One and Windows PC, digitally and in stores. Its first DLC titled “Jackal Invasion” drops in May and is available to purchase separately or as part of the “Days of Dolorum” Season Pass.