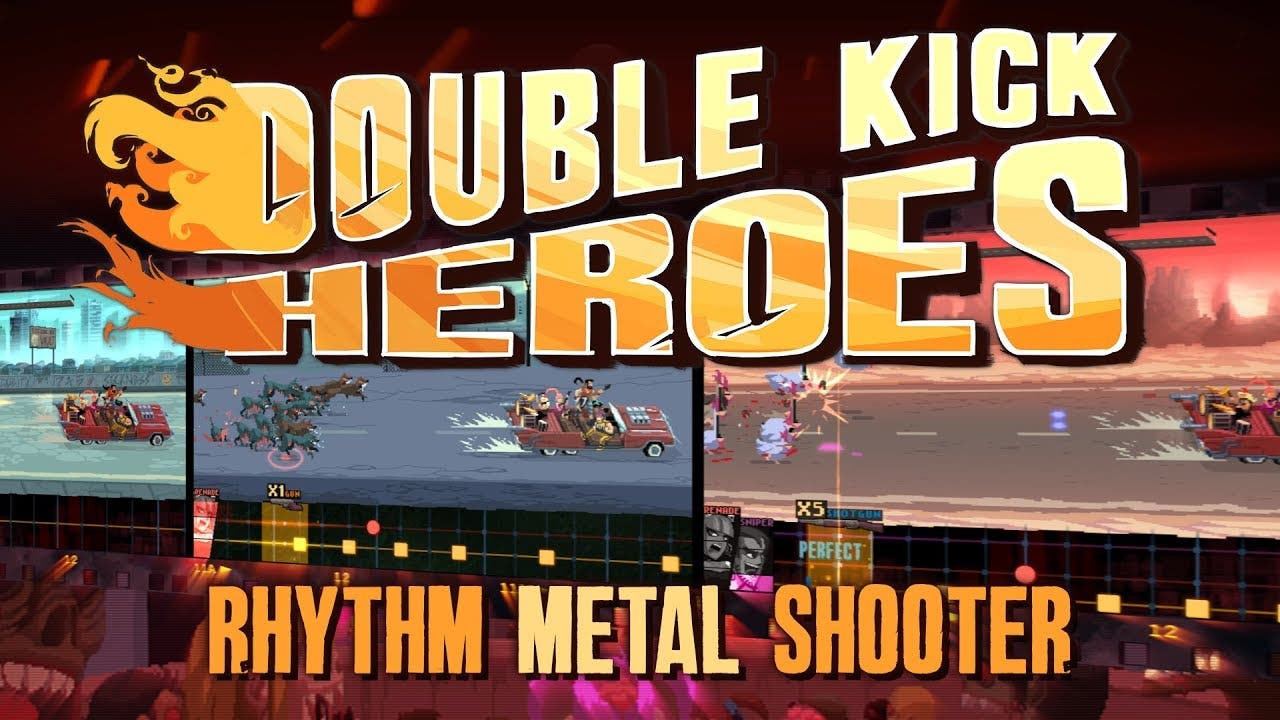 Apr 11, 2018 — Just days after their successful showing at this year’s PAX East convention, Headbang Club is releasing its genre-bending heavy metal rhythm shooter, Double Kick Heroes into Early Access today! The only game that merges explosive zombie killing with the face-melting power of metal, the team at Headbang Club have decided to celebrate the joyous occasion by also making the game’s soundtrack, created by the legendary composer, Elmobo available on Spotify, Apple Music, and Deezer!

In addition to offering up Elmobo’s crunchy metal riffs for fans around the world, Headbang Club has also released a brand new launch trailer full of badass bosses and banging bass drum kicks.

Inspired by the worlds of Robert Rodriguez and Quentin Tarantino (From Dusk til Dawn, Grindhouse, Machete), Double Kick Heroes has seen positive feedback from gamers and media all over the world.  Players will lead their band on an explosive road trip through the wasteland blasting zombies with their Gundillac and crushing them with the power of METAL. The game will pack in 30 songs (18 songs for Early Access, 30 for final release), half a dozen chapters of adventures and a community level editor that will allow any music to be played to the soothing rhythm of exploding zombie skulls.