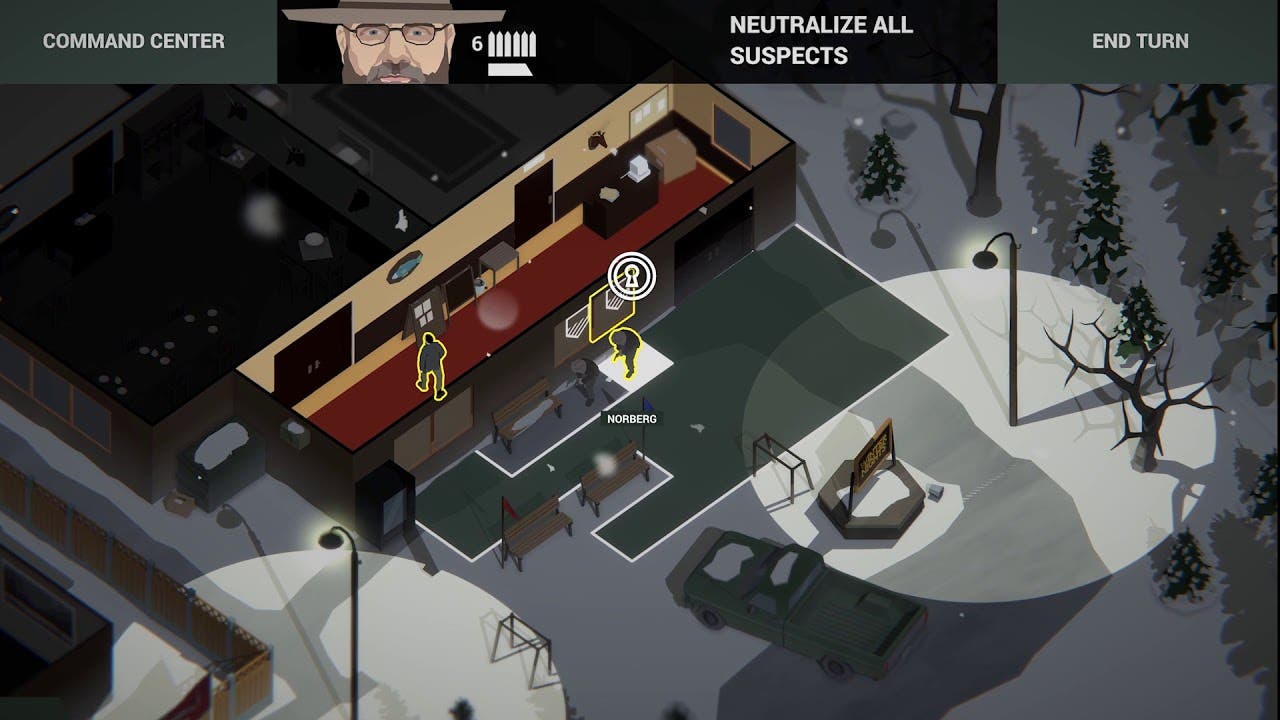 Vienna, Austria/Minsk, Belarus, April 13th, 2018: Back in the big city, Police Chief Jack Boyd, the protagonist of This Is the Police, was too deeply mired in bureaucracy to pay much attention to field tactics. But in Sharpwood, a cold frontier town where a young woman named Lilly Reed has recently become sheriff, you’ll need to take a new approach: you’ll have to take your cops under direct control during particularly difficult and dangerous missions.

In such situations, the game will switch to a new turn-based combat mode system. Gather a team of your finest police officers (or use your drunk and stupid bums – you don’t always have the luxury of being choosy!). Take up advantageous positions and don’t forget: the police are supposed to arrest suspects, not kill them. You’ll have to carefully study the terrain, constantly adapt your plans, stealthily approach your suspects and use non-lethal weapons and equipment. Unless, of course, you bartered them for a dozen cans of tuna. Sometimes gunfights are almost impossible to avoid, but be careful: This Is the Police 2 doesn’t have hit points. A single bullet can cost a cop their life.