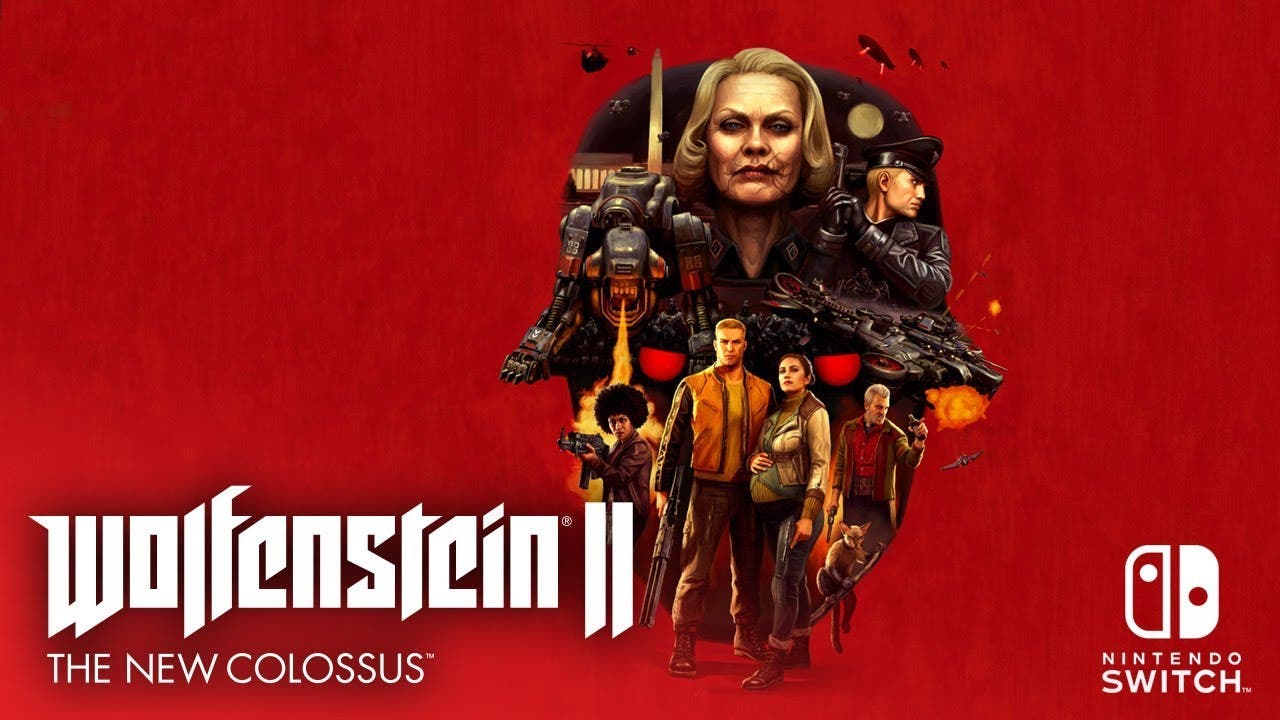 We are pleased to announce Wolfenstein II: The New Colossus launches Friday, June 29 on Nintendo Switch. Spearheaded by veteran studio Panic Button with guidance from MachineGames, experience the complete, uncensored, award-winning story and signature gameplay whenever and wherever you want.

As BJ Blazkowicz, experience an unforgettable action-packed story brought to life by extraordinary characters. Reunite with your friends and fellow freedom fighters as you take on the evil Frau Engel and her Nazi army. Wage the second American Revolution your way – at home or on the go. And, for the perfect blend of immersion and accuracy, utilize Nintendo Switch’s unique motion controls to stop the Nazi threat.

Winner of multiple awards, including Video Game Awards’ ‘Best Action Game of 2017’, Wolfenstein II: The New Colossus is rated M for mature by the ESRB and is priced at $59.99 for Nintendo Switch.