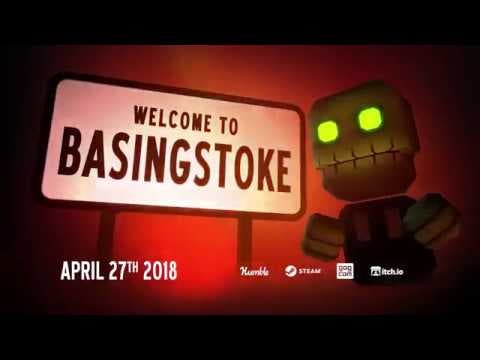 From Press Release:
Somerset, England – April 27th, 2018: Puppygames announces that Basingstoke is in fact a worse place to be than anyone had previously imagined, as it has been invaded by aliens from the evil moon Titan.

Puppygames’ director Caspian Prince says, “No-one actually reads press releases about games any more, which is a shame as the contents of this one might actually save your life if you find yourself unexpectedly stuck in Basingstoke.”

“We’ve made possibly the most hyper-realistic simulation of small-town England after dark that’s ever been attempted before,” says Caspian Prince. “After a few hours’ play you should be an expert in survival after pub closing time.”

Basingstoke will be released on April 27th 2018 for 64-bit systems running Windows, Mac, and Linux, on Steam, itch.io, GOG, and Humble Store. Your primary motive is to escape Basingstoke alive, like any normal person would want to do, using a careful balance of stealth, distraction, backstabbing, running away, and as a last resort, extreme violence. Basingstoke is renowned for its fine blend of procedurally generated and handcrafted levels, stuffed with hordes of vicious monsters and leftover kebabs.