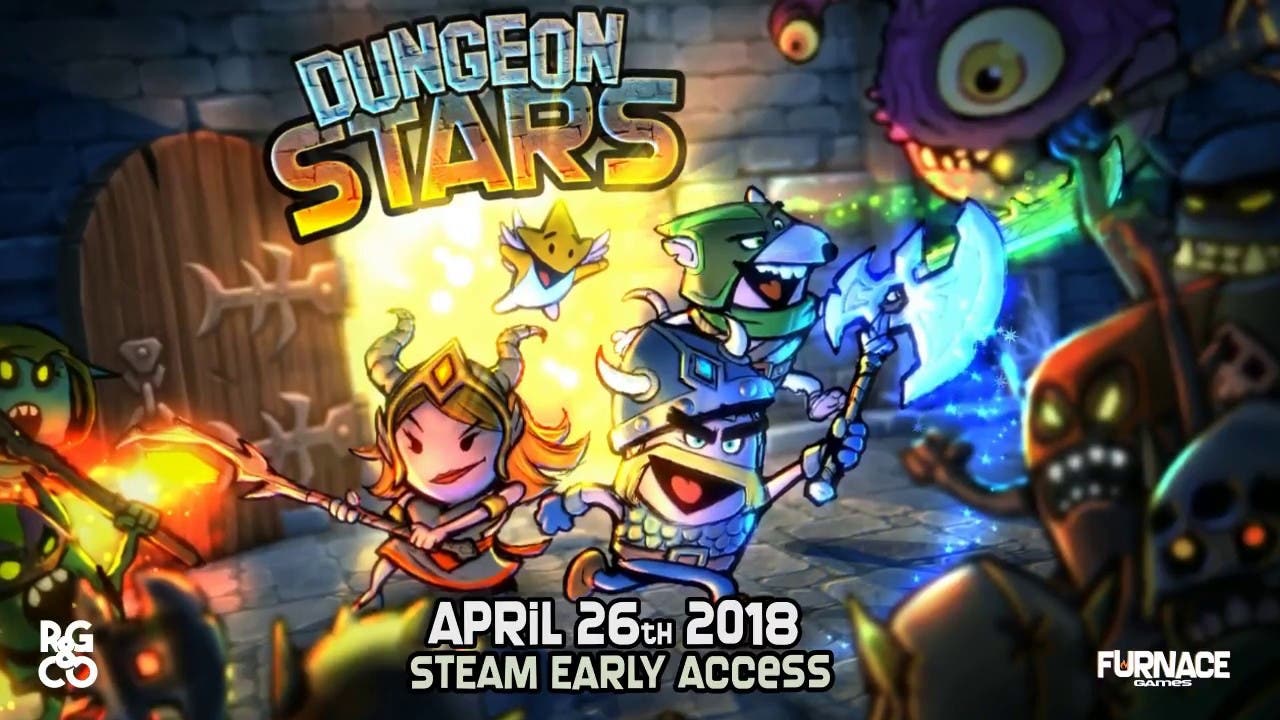 Montreal, April 26, 2018 – Riposte Games & Co and Furnace Games today announced that their side scrolling hack & slash dungeon crawler, Dungeon Stars, will be available for PC via Steam Early Access starting on April 26, 2018 for $14.99.

“It is great to see the indie development team born from our partnership with Furnace Games taking their first step towards a bigger audience and we are excited to see the progress and how player feedback shapes Dungeon Stars in the coming months in Early Access.” said Johan Eile, CEO of Riposte Games & Co.

Key Features available with the Early Access launch of Dungeon Stars are:

Platform: Windows PC (support for other platforms is under consideration)

During the Early Access period, participants will help shape the final details ofDungeon Stars and provide invaluable input as the title rolls to a full launch. As we are not yet feature complete, gamers can expect a number of new features, optimizations, and enhancements to be released during and after the Early Access period. These include, but are not limited to, new dungeons, new modes, new bosses, and new characters.

Players are encouraged to visit the Official Dungeon Stars Forum and leave their Early Access feedback:

Dungeon Stars is developed by FURNACE GAMES for PC and is available now on Steam Early Access.

More news on the Dungeon Stars Full Release will be made available in the coming months.

Stay up-to-date with the latest Dungeon Stars news and information atfurnacegames.com. You can also keep track of the game on Facebook.