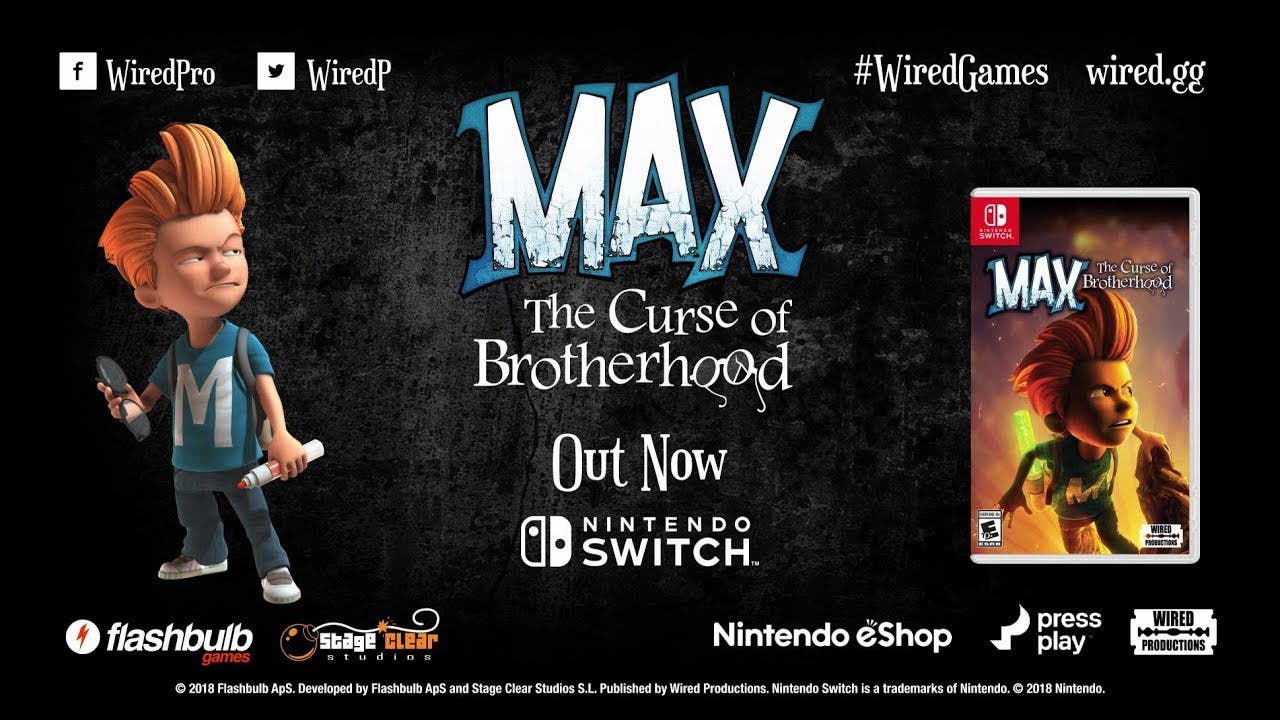 Max: The Curse of Brotherhood is available on Nintendo Switch

To celebrate the physical arrival of Max: The Curse of Brotherhood on Switch the Nintendo Power Couple went hands on with the game in an all new trailer: https://youtu.be/ngbrlRKyQ7o

“We’re delighted to finally unleash the power of the marker on Switch at global retail,” enthused Leo Zullo, Managing Director at Wired Productions. “The gorgeous visuals speak for themselves, but combine these with old-school platforming action, unique game mechanics and the Nintendo Switch’s touch screen display, and you have a match made in heaven.”

Max: The Curse of Brotherhood is a cinematic fairy-tale adventure perfect for the whole family to enjoy. Where Scandinavian storytelling meets a colorful 2.5D platformer; Max offers perspective players classic jump and run gameplay, smart and innovative puzzles and a fun and unique gameplay mechanic to boot.

Adventurers must unleash the power of the Magic Marker as they embark on this classic tale of brotherhood to rescue Max’s kid brother Felix from the grasps of the evil lord Mustacho; explore a world filled to the brim with challenging physics puzzles and frantic platforming; climb, fight and draw their way through deserts, lantern-lit bogs, ancient temples and lush-green-forests; and raise great pillars of dirt from the ground to reach new heights, grow trees to make bridges and create swinging vines to cross gaping chasms.