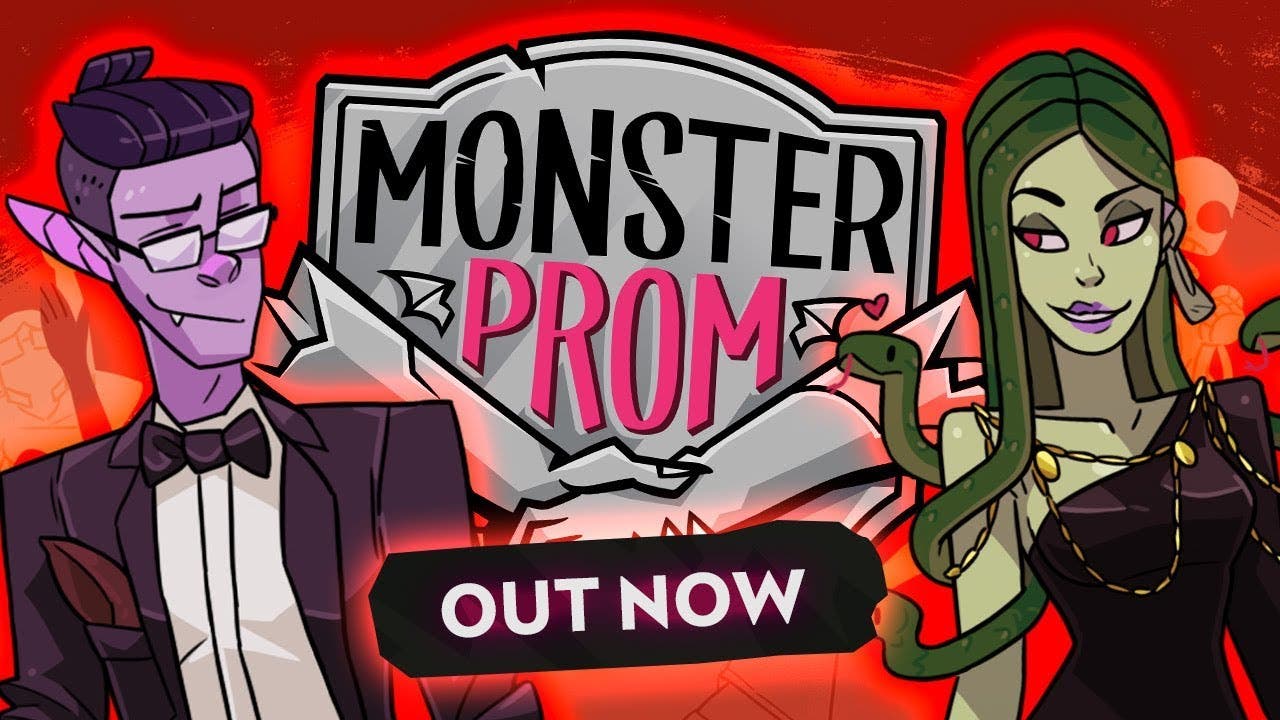 Get out your corsage, it’s time to go to Monster Prom, a multiplayer dating sim available now

With online and local multiplayer support, competitive and co-op gameplay options and a roster of scary-sexy monsters, it really is a unique take on the dating sim. Over 300+ events and more than 1000 gameplay situations ensure that your romancing efforts may succumb to monsters, but never to monotony.

The story revolves around seducing the hot and hot headed students of Spooky High, with just three weeks left until Prom Night. Once you and up to 3 of your friends have chosen your monster personas, it’s everything goes in terms of who to romance. With 6 possible love interests and a non-binary approach on who to seduce, there’s always a chance you’ll all try to woo the same boo. Every in-game decision you make will rack up points in “smarts”, “boldness”, “charm” and other personality traits you’ll need to level-up in order to win your favorite monster’s favor. The same choices will ultimately amass and reveal unique plotlines and endings, determining whether you end up with 7 minutes of high-school heaven or in the 9 circles of high-school hell.

Monster Prom is readily available on Steam for the whopping price of $11.99. But who can really put a price on love?

“I’m so happy to be a part of this game, it’s an amazing and fun dating sim.”

“Never before has a dating sim been meshed so perfectly with a multiplayer component.”

“Admit it: you all came here because of your dyslexia…”