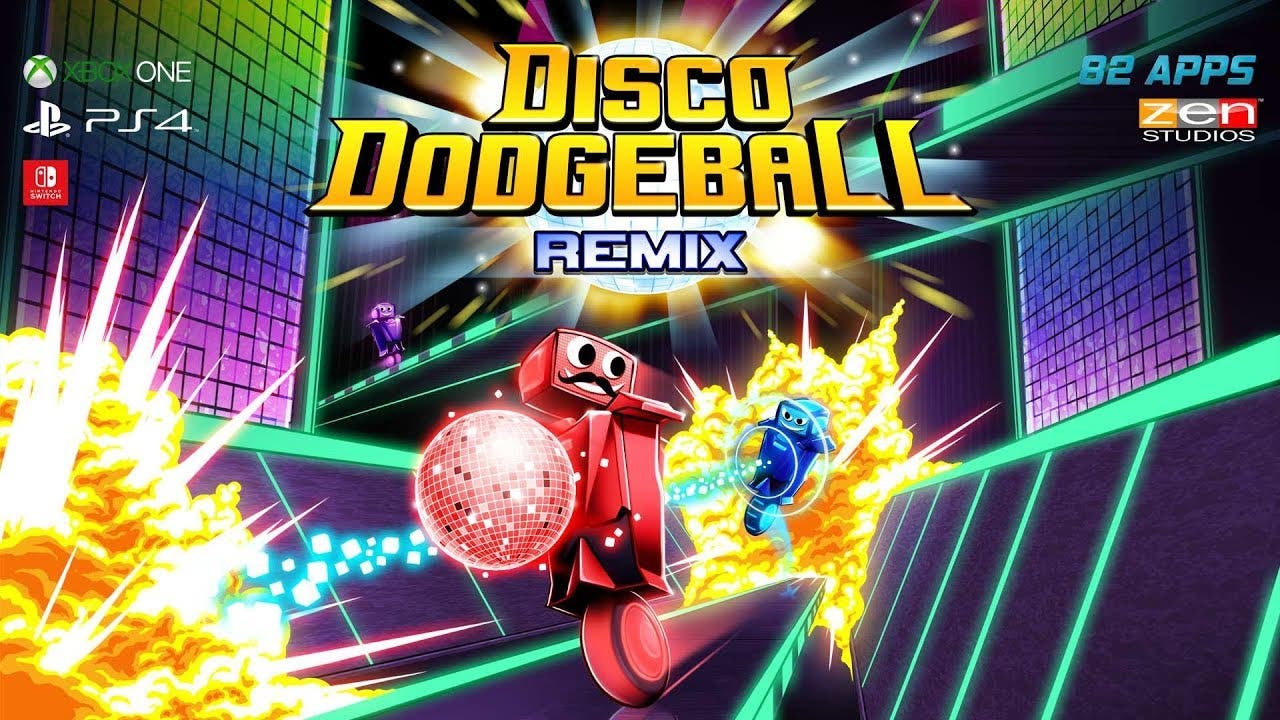 San Francisco, CA – May 2, 2018 –  As part of its recently announced publishing initiative—ensuring that the world’s best PC indie titles are available to as many gamers as possible—Zen Studios today announced it will release Disco Dodgeball Remix for consoles on May 22. Initially self-published by Erik Asmussen under the name 82 Apps, the PC version has earned not only a dedicated fan base, but also the attention of top-tier YouTubers such as Markiplier, JackSepticEye, TotalBiscuit and GoldGloveTV—not bad for a game created by one person. And with Zen Studios developing Disco Dodgeball Remix for PlayStation 4, Xbox One and Nintendo Switch, that dedicated fan base will soon grow considerably.

A ridiculously awesome physics-based sport-type-thing, Disco Dodgeball Remix offers up a crazily intense mix of arena-based first-person shooter and classic dodgeball—all played by killer robots whose lethality is only surpassed by their quirky charm. Combatants throw glowing dodgeballs to one-hit-kill their opponents and complete team objectives, using a wide variety of powerups and trick shots—all with skateboard-style movement and a pulsing dance club aesthetic.

“Most fans of Zen Studios were attracted to us through our Pinball FX series, so we like to think we know a thing or two about awesome gameplay centered around physics-based spherical objects—and trust me, Disco Dodgeball Remix absolutely delivers there and then some,” says Mel Kirk, Zen Studios’ VP, Publishing. “Our developers can’t get enough of the PC original, and we’re excited to bring Disco Dodgeball Remix to consoles, where we expect its popularity to absolutely explode. It still blows my mind that one talented developer created this whole thing.”

“I’m a solo developer, so porting to consoles was just a pipe dream for a long time—but partnering with the amazing group at Zen Studios has been a great decision to help make this a reality,” says Erik Asmussen, who developed Robot Roller-Derby Disco Dodgeball (the game’s PC title) all by himself. “Their publishing team been doing great work on the project, and I can’t wait to get my game into the hands of more players.”