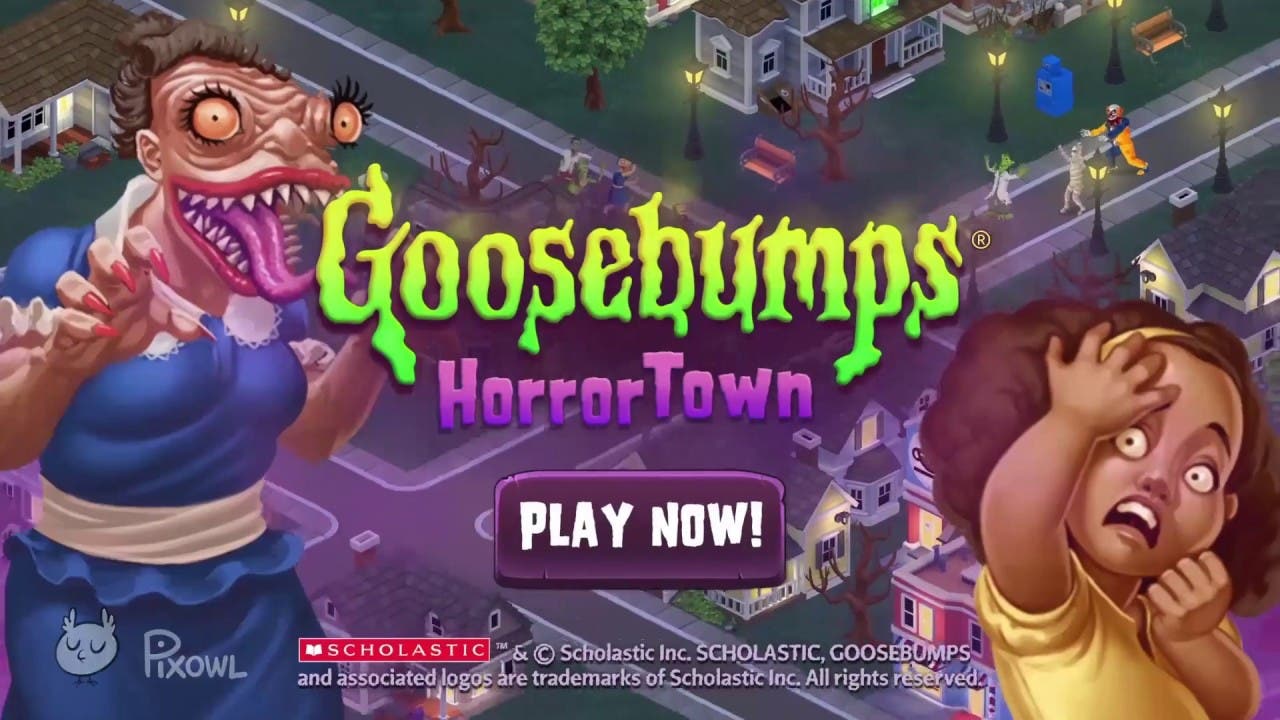 Goosebumps HorrorTown comes to mobile on May 30th, a scary city builder with characters from R. L. Stine’s books

SAN FRANCISCO, May 3, 2018 – Pixowl, creator of the award-winning world builder game, The Sandbox, which has been downloaded over 40 million times, today announced the opening of pre-registration for the upcoming May 30th launch of Goosebumps HorrorTown, a character-driven simulation game where players will build and populate a town with scary monsters, on the App Store and Google Play.

Based on R.L. Stine’s hit “Goosebumps” horror series and licensed by Scholastic, the game will take players to HorrorTown to build and manage a quirky town, collect iconic monsters, frighten hapless humans, unlock compelling human characters, and undertake scary missions where young townsfolk spy on monsters to try to figure out what’s going on in their town.

“Goosebumps: HorrorTown is all about collecting monsters in a character-driven adventure set in R.L. Stine’s spooky world,” said Arthur Madrid, CEO and co-founder of Pixowl. “Players who sign up for pre-registration today can be the first ones on their block to collect all their favorite monsters!”

As seen in the Goosebumps HorrorTown preview trailer released today, players will build a town and fill it with over 50 signature scary monsters from the series, including Slappy the ventriloquist dummy, Curly the skeleton, the Mummy, Murder the Clown, the Phantom, and even the Lawn Gnomes! Players take on dual roles: gathering a scary assortment of sinister creatures to terrify townsfolk and playing as humans to defend against the monsters by investigating monster activity and exploring the map to unlock new areas and adventures. As monsters, players can scare humans to obtain materials and add new creatures, while as humans they can gather resources, craft items, and spy on the monsters.

Along with pre-registration, Pixowl today launched a “Draw your Monster!” contest on itsFacebook page allowing players to submit their ideas and drawings. The best suggestions will be submitted to a public vote and the winning Monster will be included in the game at the time of worldwide launch. More details can be found on the Facebook post.