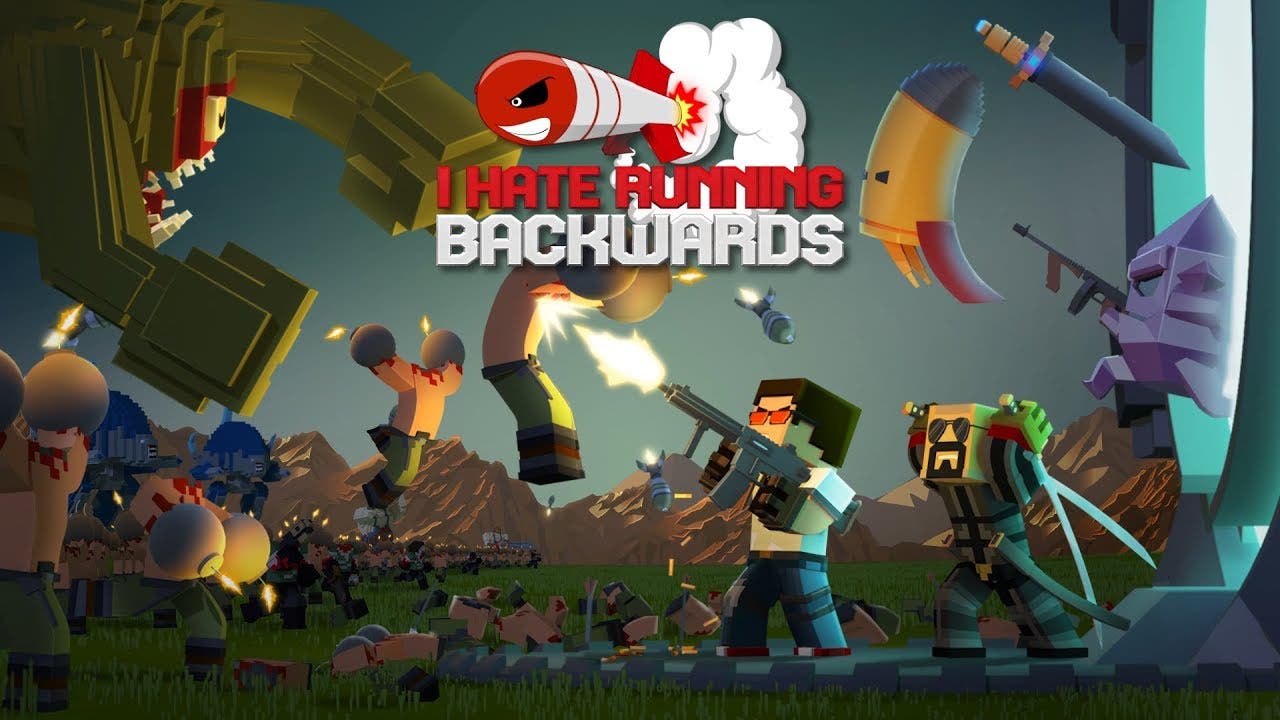 I Hate Running Backwards, coming May 22nd is a endless inverse top-down shooter with Devolver Digital All-Stars as playable characters

ZAGREB – Independent developer Binx Interactive, Croteam Incubator and Devolver Digital have announced their shoot ‘em down I Hate Running Backwards will launch on PlayStation 4, Xbox One and PC on May 22 for $14.99 [croteam.com/i-hate-running-backwards].

I Hate Running Backwards is a never-ending adrenaline packed shoot’em down roguelite that puts the emphasis on destruction and fighting never ending waves of enemies while time traveling through procedurally generated, fully destructible worlds! Pick your character and blast away enemies with a high-powered arsenal of shotguns, lasers, rocket launchers, singularity cannons and other weapons! Get stronger by earning perks to decimate challenging bosses along the way.

Lead by Croteam’s legendary Serious Sam, players can choose from a variety of explosive heroes including Shadow Warrior’s Lo Wang, Enter the Gungeon’s Bullet Kin, Hotline Miami’s Richard, and Nuclear Throne’s Crystal! Go solo or team-up with a buddy via local cooperative play – all these heroes and more are at your disposal.

I Hate Running Backwards releases on PlayStation 4, Xbox One and PC May 22 with a late summer launch on Nintendo Switch planned as well. Visit croteam.com or follow @BinxInteractive on Twitter for more news and information about the game.