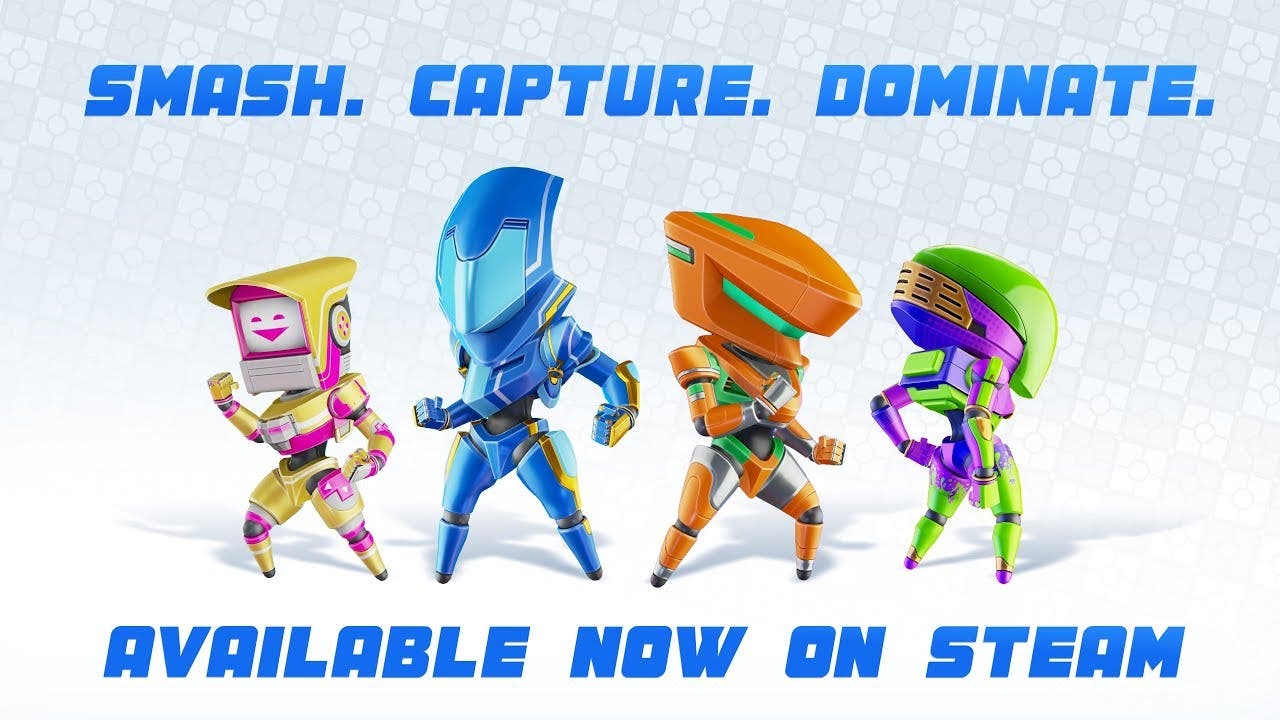 Halseo has announced the release date of the PC version of its competitive territorial battle arena game titled Battery Jam. Set to launch on May 17th after an early access stint, Battery Jam hosts a joyful combination of a top-down battler with territorial warfare.

Halseo, a company formed from a small group of Savannah College of Art and Design graduates who entered the SCAD+ program, have also announced they are in development of a Switch version of the game which will be coming soon.

Players can either stun shot opposing players directly or punch boomboxes into them in an attempt to destroy them and take over the surrounding tiles. All while the robots dash around the arena avoiding the attacks at a frantic pace. In the end, the player with the most tiles under their control when the timer reaches zero claims victory!

But the fun doesn’t stop there! The robots have the ability to actually modify the battlefield as they fight by either raising or lowering the colored game tiles. This creates both barriers players can use to block incoming boomboxes and pitfalls rivals can be punched into.

There are two game modes to choose from, Classic Jam which is a free-for-all battle or Team Jam which is a battle of orange vs blue. And it doesn’t necessarily have to be a fair fight! You can 1v3 your noob friends in this game mode too. Both game modes are intense and fast, which allow players to challenge their friends to battle again and again! Play local co-op on PC or challenge yourself to some quick PVE battles.