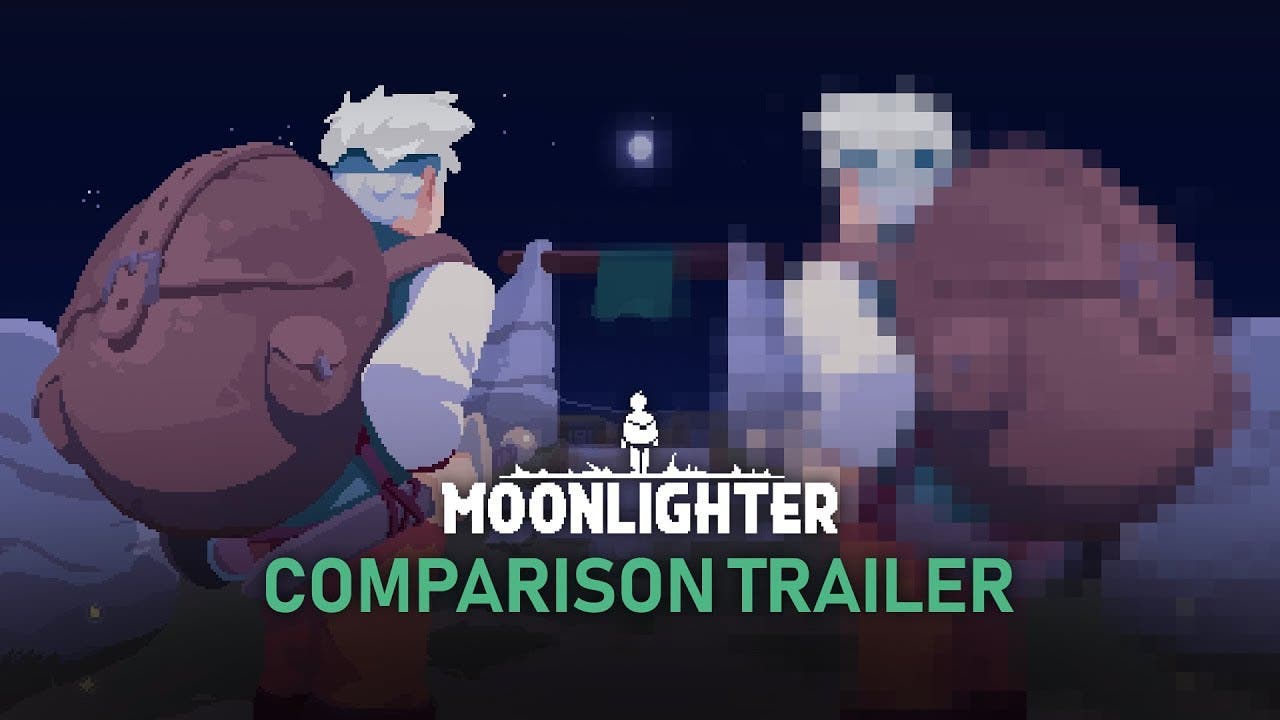 May 15, 2018 –  11 bit studios and Digital Sun are ecstatic to reveal the super serious and one hundred percent definitive Moonlighter ‘Super Official Platforms Comparison’ Trailer. Highlighting all the big differences between the ‘PC Master Race’ version and consoles, viewers will experience nothing short of shock and awe when they see it for themselves. In this Action-RPG game about Will, an ambitious shopkeeper by day and an adventurer by night, every little detail, from hair rendering to realistic water effects, will blow your mind. See it in all its stunning graphical realism now! (TL;DR Moonlighter look fantastic across all systems, and its pixel animation is deliciously charming!)

After you’ve been convinced that all those differences are vitally important, you can go to GOG.com and Humble Store to pre-order the game. For PS4 owners the pre-order is launching today as well. Moonlighter will land on Xbox One, PS4, and PC on May 29th and the Nintendo Switch version is planned for Q3 2018.

Created by Digital Sun, published by 11 bit studios, and partnered with Merge Games for retail distribution, Moonlighter’s story dates back to a time long past when a set of magical gates was discovered during an archaeological excavation. People quickly realized that these ancient passages lead to different realms and dimensions — providing brave and reckless adventurers with treasures beyond measure. Rynoka, a small commercial village, was founded near the excavation site providing refuge and became a place for adventurers to sell their hard-earned riches. Moonlighter is an Action-RPG with rogue-lite elements following the daily struggles of the aforementioned Will, Rynoka’s ambitious shopkeeper that dreams of becoming a hero.