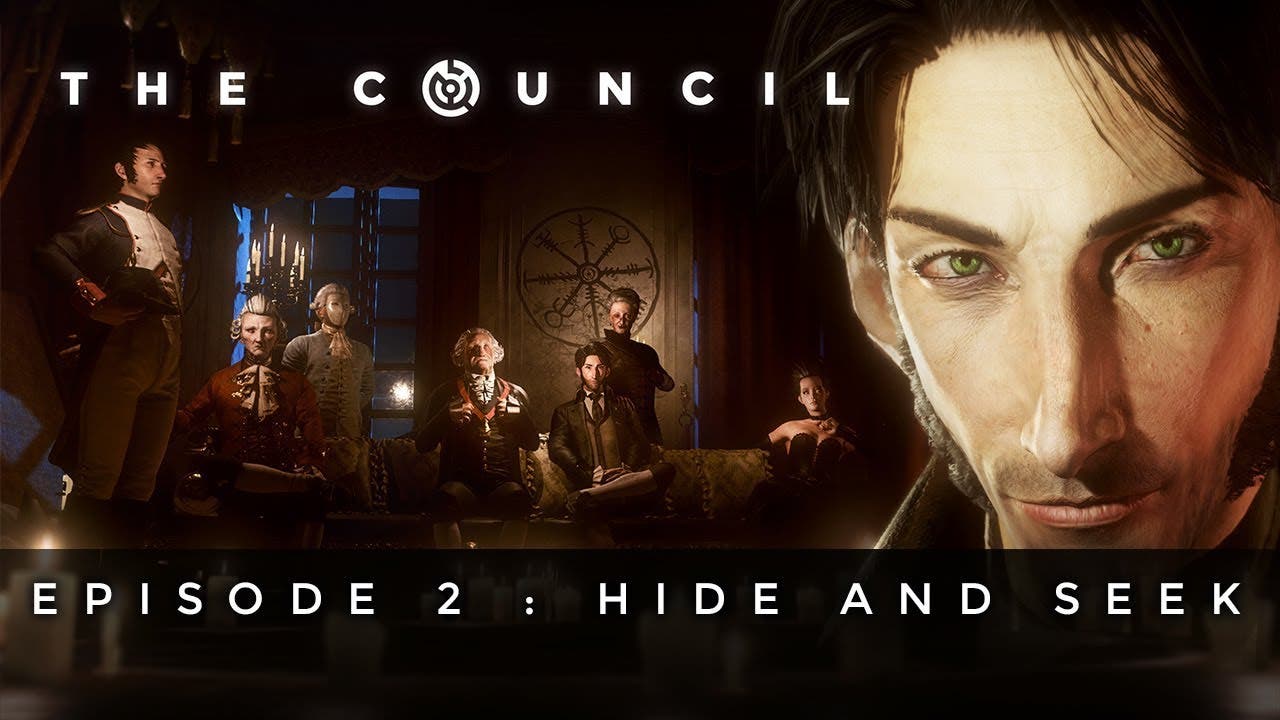 The Council Episode 2: Hide and Seek releases May 17th, Season Pass owners get a head start on the new episode

The second episode of The Council, a narrative adventure game that redefines the genre with RPG mechanics and consequences for every choice, is available to play today for Season Pass and Complete Season owners. The first episode has already seduced players and journalists alike with a deep and captivating story celebrated for its intricate characters and smart writing. The innovative narrative-driven gameplay takes the genre beyond its boundaries and allows for meaningful choices with impactful consequences.

Episode 2: Hide and Seek continues the story of Louis de Richet as he deals with the dramatic results of his actions in the first episode, released to press and player acclaim earlier this year. He must continue his investigation into the disappearance of his mother, while dealing with a newly-arrived Spanish head of state and the quickly-forming factions on Lord Mortimer’s island.

In today’s launch trailer, get a first look at the dramatic accusations levied at Louis as he deals with the consequences of his actions. Some players will have to prove their innocence, while others will be the lead investigator into the crime itself – still others may have no murder to deal with at all. This is just one of the massive, diverging plots that players can look forward to throughout The Council’s coming episodes, which will develop further during Episode 2: Hide and Seek.

Hide and Seek releases May 17 on Xbox One, PlayStation 4. Complete Season owners on Steam and consoles, and Season Pass owners on consoles can play Episode 2 now with a two day head start, as well as future access to all upcoming episodes. Note that Episode 1: The Mad Ones, is required to play Episode 2.

It officially releases on May 17. The complete season will include a total of five episodes, with new episodes releasing regularly in 2018.