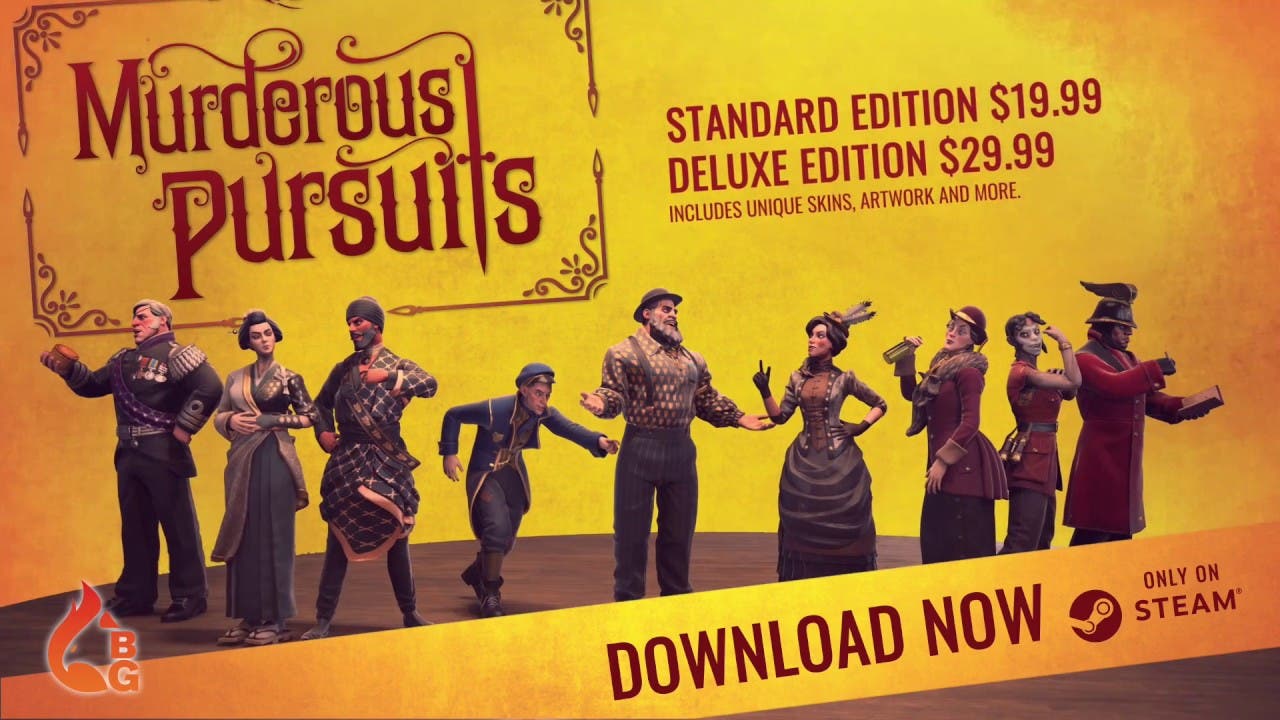 GLASGOW, SCOTLAND – May 18, 2018 – Today, Blazing Griffin is excited to announce the next step in its ongoing plans to support the growth of multiplayer stealth-em-up, Murderous Pursuits, by kicking off a series of free, monthly content updates, dubbed Mr. X’s Menagerie of Murder. From new game modes and maps, to new abilities and gameplay systems, Blazing Griffin intends to keep the sweet act of assassination feeling fresh, all while appealing to Mr. X’s vain sensibilities. In addition to these free content updates, a series of new characters will also be added over the coming months as paid DLC.

Speaking of vanity, today also marks the launch of a brand new trailer for Murderous Pursuits, outlining the thrill of the multiplayer hunt. Whether it’s conga lines of collateral damage, or sinister slap-offs, there’s only so much that can be said for the best laid plans when you’ve got hunters on your tail. Check it out at the link below and scroll down for a breakdown of all the free content coming through the end of the summer. 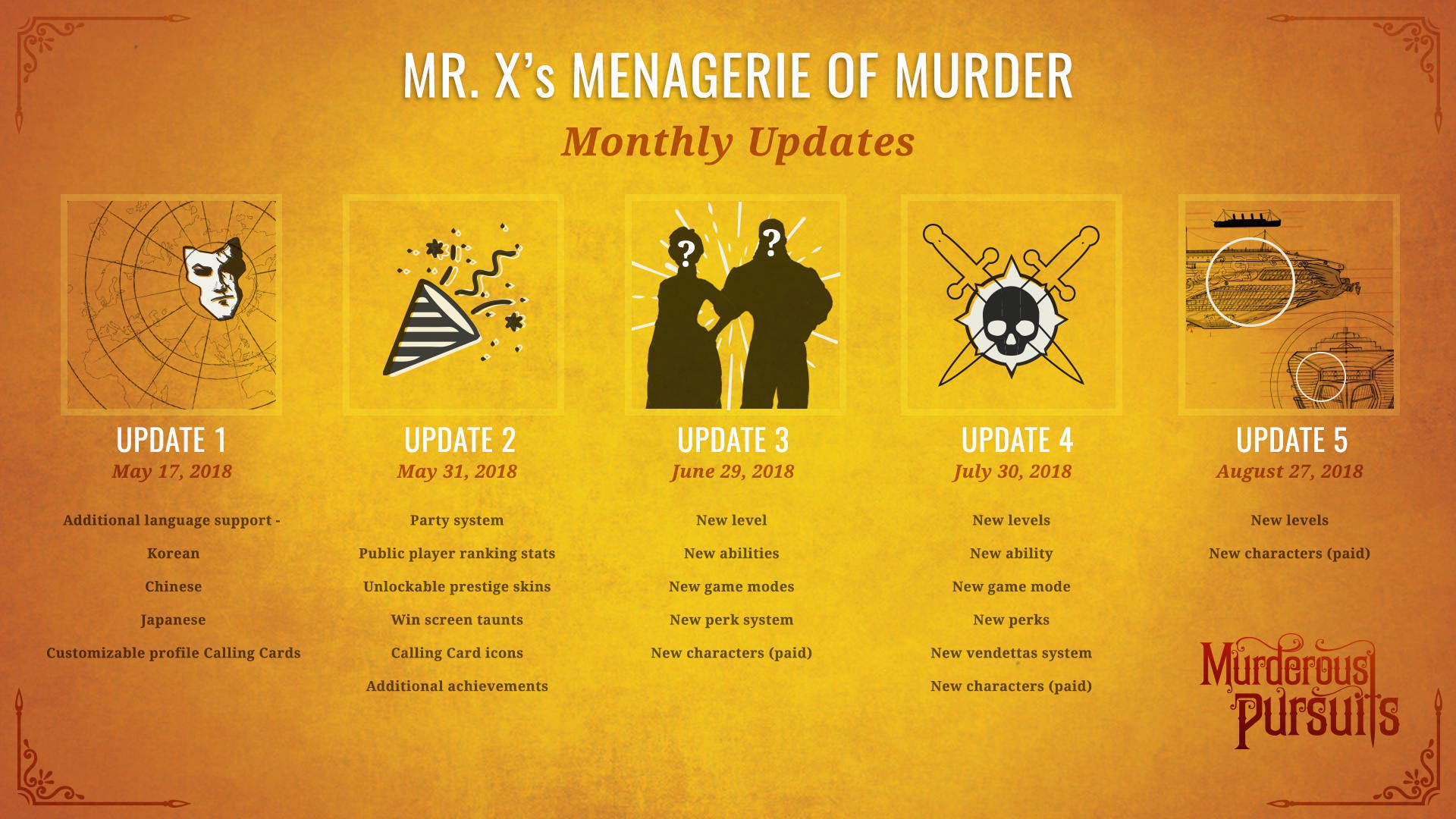 Murderous Pursuits is out now on Steam (PC), retailing for $19.99 USD for the Standard Edition, and $29.99 USD for the DeluXe Edition, including exclusive character skins, a digital art book, and more. For the latest updates, visit Blazing Griffin’s official website and follow the game onDiscord, Facebook and Twitter.