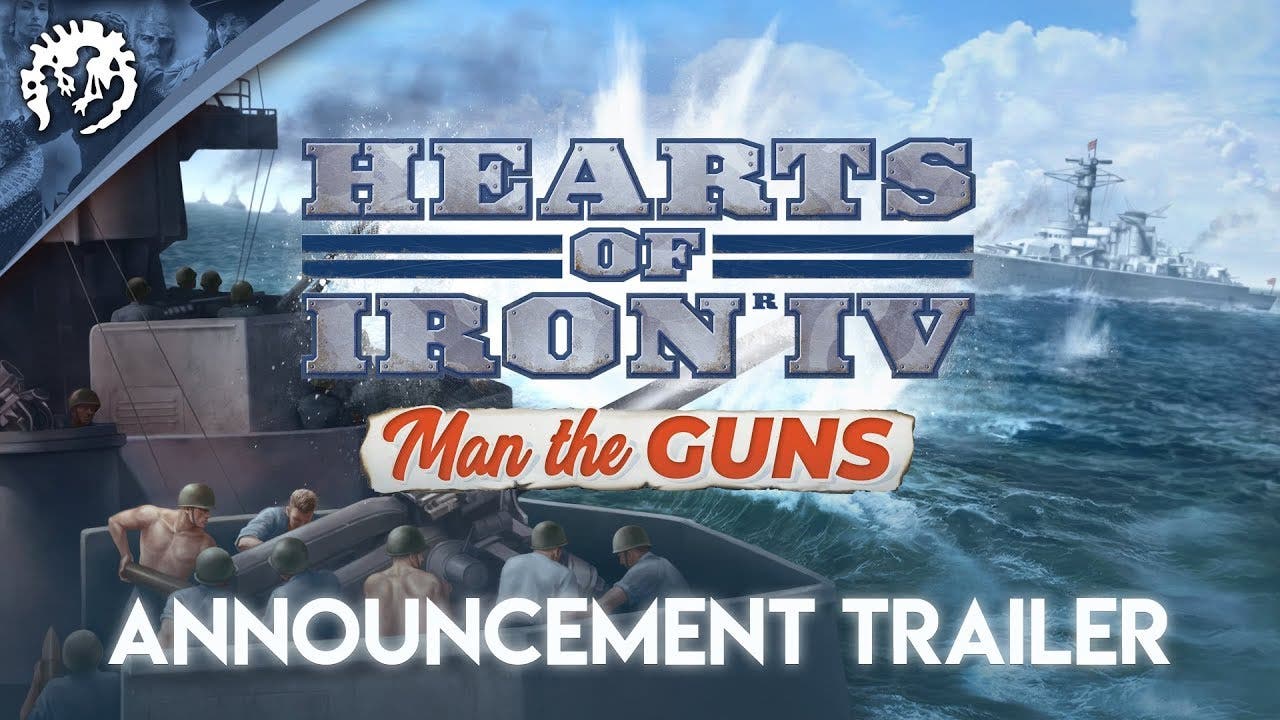 Hearts of Iron IV expansion announced at PDXCON, asks you to “Man the Guns” with more focus on naval warfare

STOCKHOLM – 19 May 2018 – Two thirds of the earth’s surface is covered by water, and free access to the nautical highways is essential to empire. In wartime, these highways are contested waters and you, or an ally, must be able to regulate that traffic. Carriers, convoys and battle cruisers — these are the weapons of the sea. Your enemy is over the horizon. It is time to Man the Guns!

Man the Guns is the newest expansion to the best-selling grand strategy wargame, Hearts of Iron IV. Paradox Development Studio will have more to say in coming weeks, but, for now, our intelligence agents have been cleared to forward the following information:

Man the Guns adds greater depth to the naval side of the war, including the ability to design your warships in more detail. Add armor or heavier guns through a modular design. You can also refit older ships so that they are more in line with the latest technology..

Man the Guns also introduces new options for the democratic nations, including new paths for the United States and other great free nations. Explore alternate histories or fully mobilize the arsenal of democracy.

There are many more details to reveal, but, at the moment, these are state secrets.

And, as usual, Man the Guns will accompanied by a large, free update available to everyone who owns Hearts of Iron IV.

Hearts of Iron IV: Man the Guns will be available soon for a suggested retail price of $19.99.