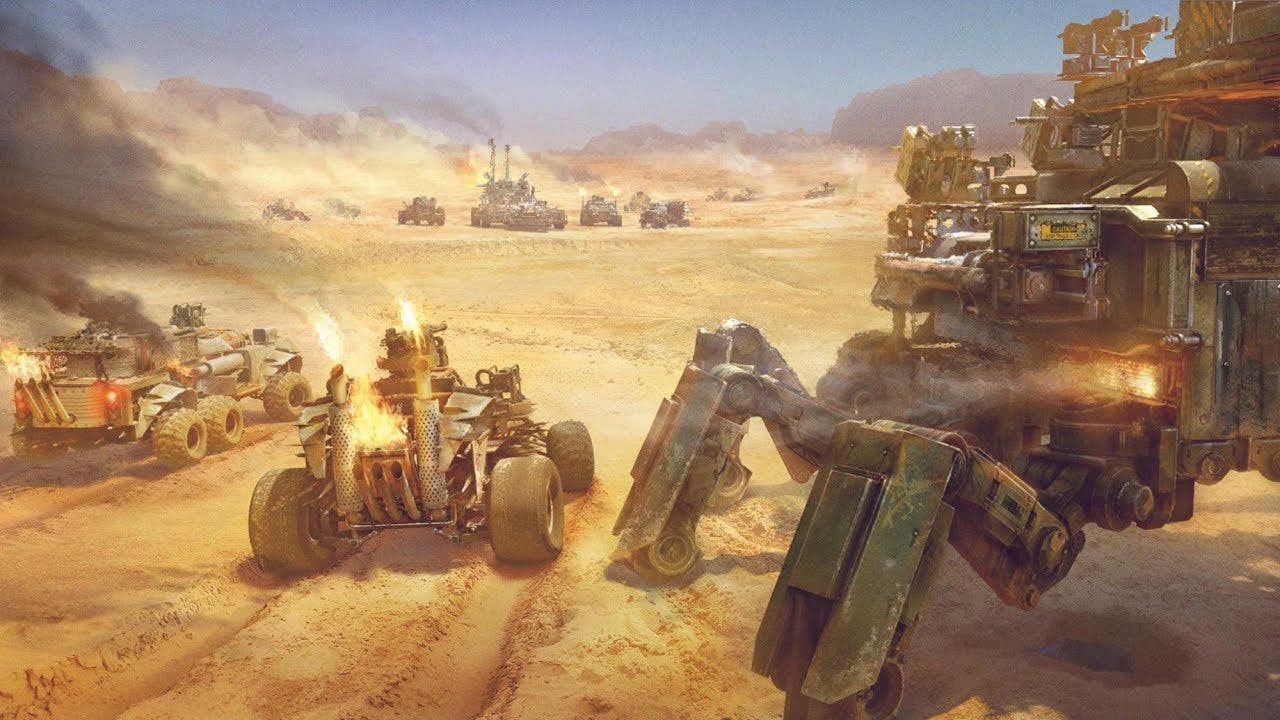 Tuesday, May 22, 2018 — Targem Games and Gaijin Entertainment today released a new Clan Wars game mode for their post-apocalyptic Action MMO Crossout. Called ‘Leviathans’, players can now go to battle on the game’s biggest craftable vehicles, the Leviathans, for the very first time. Previously, Leviathans were only available as boss level enemies in PvE missions, where a group of cooperative players would meet a player-designed but AI-controlled Leviathan as final enemy in battle. More than 100,000 Leviathans have already been constructed by players since the launch of Open Beta, and the new Clan Wars game mode allows two player-controlled Leviathans to finally clash in battle.

The new mode will feature 4v4 team battles between Clan players, with one custom Leviathan  brought in by each respective captain and the other team members in their regular vehicles. Constructed from the ground up using individual parts, Leviathans feature different weapons, armor, and support systems like shield generators, drones, and more. Their main difference lies in their sheer size, allowing them to carry significantly more of everything compared to a regular vehicle. Captains will be able to match their Leviathan layout perfectly with the strategy of their team, e.g. by focusing on strong defensive capabilities, overwhelming long-range artillery armament or by maintaining tactical flexibility by building a vehicle balanced between offense and defense.

The new Clan Wars mode will be ranked, with the top 30 clans each week being generously rewarded with Uranium, a special resource in Crossout that can be used to craft rare weapons or be sold for great profit on the market.