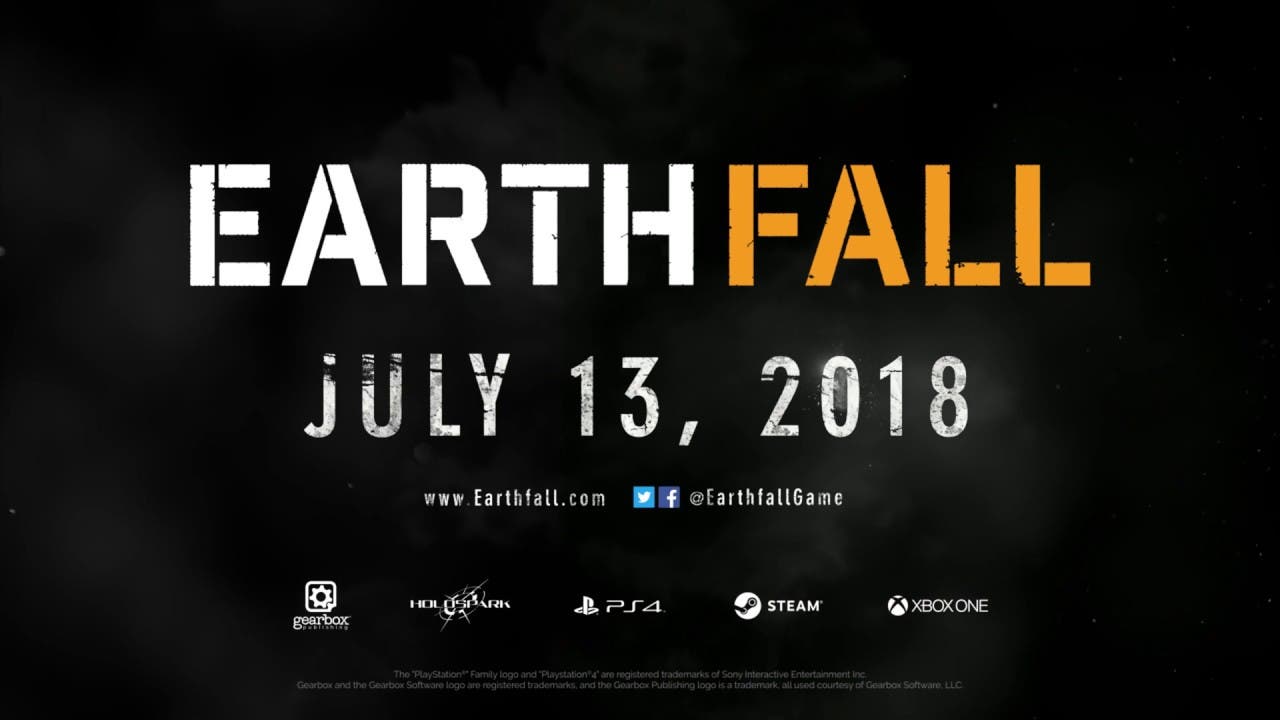 Seattle-area developer Holospark announced today that they will release their multiplayer cooperative team-shooter, Earthfall, on July 13 digitally on Xbox One, PlayStation 4 and Steam, with Gearbox Publishing distributing the game in physical boxed retail. Earthfall has players working together to fend off an alien invasion of the Pacific Northwest – using squad-tactics, portable heavy weaponry, “instant” walls, and more tools as they avoid swarms of horrific intergalactic invaders.

Earthfall will be available on July 13, 2018 for $29.99 USD, with a special Deluxe Edition also available for $39.99 USD, which will include exclusive character biohazard suits and weapon skins.

“We are excited to bring Earthfall to PlayStation 4 and Xbox One on July 13. By partnering with Gearbox Publishing on a physical release, even more fans will be able to get their hands on Earthfall on launch day,” said Russell Williams, CEO of Holospark. “We’ve been hard at work on Earthfall since it first launched in Early Access last year, and we’re really proud of what the game has become. Our thanks to everyone that played Earthfall and shared their feedback, whether that was on Steam or in-person. You’ve helped make the game what is it today.”

“Once we got our hands on Earthfall, we couldn’t stop playing it! It’s the modern co-op horde shooter we’ve been missing for so long,” said Brad Schliesser, director of sales at Gearbox. “We knew Earthfall was the perfect addition to our growing publishing efforts at Gearbox.”

“We are excited to be working with Holospark’s talented group of veteran developers to bring the amazing co-op experience of Earthfall to retail this summer,” added Steve Gibson, head of Gearbox Publishing.

In Earthfall, aliens have invaded the Pacific Northwest – and it’s up to you and your friends to fight back! In this co-operative shooter for up to four, players must use team-based tactics to fortify holdouts and complete mission objectives. With an arsenal of 3D-printed weaponry, portable barricades and heavy turrets, players must work together to drive back the alien menace.

Earthfall will feature ten missions across two campaigns, with diverse environments and deadly aliens to battle. As players fight waves of drones and towering monsters, they’ll discover the story behind the cataclysmic alien invasion – and exactly what horrible secrets the invaders are hiding.