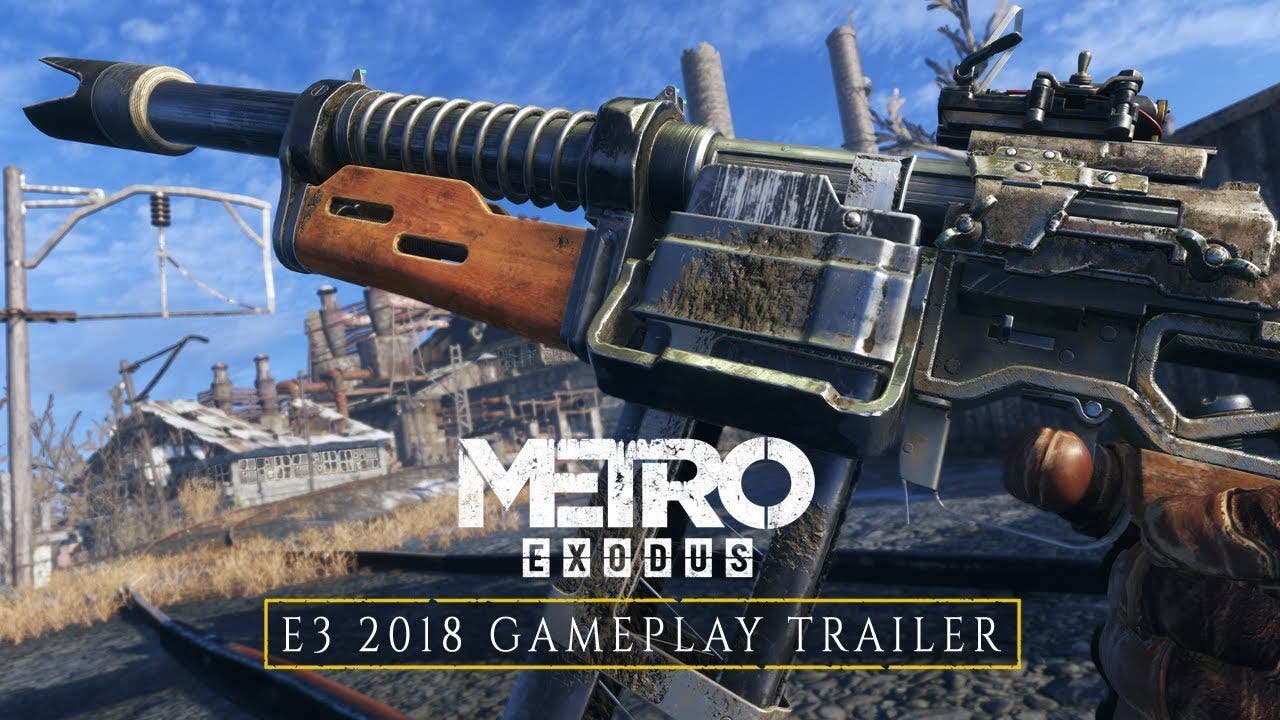 E3 2018: Metro Exodus gameplay demo shown at the Xbox Press Briefing, all from a single level

From Press Release:
Moscow – June 10th, 2018 – Deep Silver and 4A Games are proud to announce that Metro Exodus, the third instalment in the critically acclaimed Metro series, will be released Feb. 22, 2019, on Xbox One, the all-in-one games and entertainment system from Microsoft, the PlayStation(r) 4 computer entertainment system, and PC.

Accompanying this news is the release of the epic trailer that premiered at the Xbox E3 Briefing. The gameplay footage was captured from a single massive sandbox survival area and follows Artyom and our band of Spartans as they smash into the Volga region during the post-apocalyptic Russian spring.

The new trailer illustrates the many new experiences and dangers that await. The Volga region of Russia encompasses the drainage basin of Europe’s largest river and is packed with dangerous bandits, a fanatic religious cult, and a range of vicious mutants desperate to make Artyom their next meal.

4A Games have re-imagined the landscape of the eastern European plains in awe-inspiring detail, including the flooded remains of villages and factories where life was forever changed 25 years previously.

“4A are extremely proud to be showing 4K gameplay of one of our vast open levels exclusively on the world’s biggest videogames stage,” said Andriy Prokhorov, Creative Director and co-founder at 4A Games. “We can’t wait to reveal more of Artyom’s journey in the coming months.”

A quarter-century after nuclear war devastated the earth, a few thousand survivors still cling to existence beneath the ruins of Moscow, in the tunnels of the Metro.

They have struggled against the poisoned elements, fought mutated beasts and paranormal horrors, and suffered the flames of civil war.
But now, as Artyom, you must flee the Metro and lead a band of Spartan Rangers on an incredible, continent-spanning journey across post-apocalyptic Russia in search of a new life in the East.

Metro Exodus is an epic, story-driven first person shooter from 4A Games that blends deadly combat and stealth with exploration and survival horror in one of the most immersive game worlds ever created.

Explore the Russian wilderness across vast, non-linear levels and follow a thrilling story-line that spans an entire year through spring, summer and autumn to the depths of nuclear winter.

Inspired by the novels of Dmitry Glukhovsky, Metro Exodus continues Artyom’s story in the greatest Metro adventure yet.