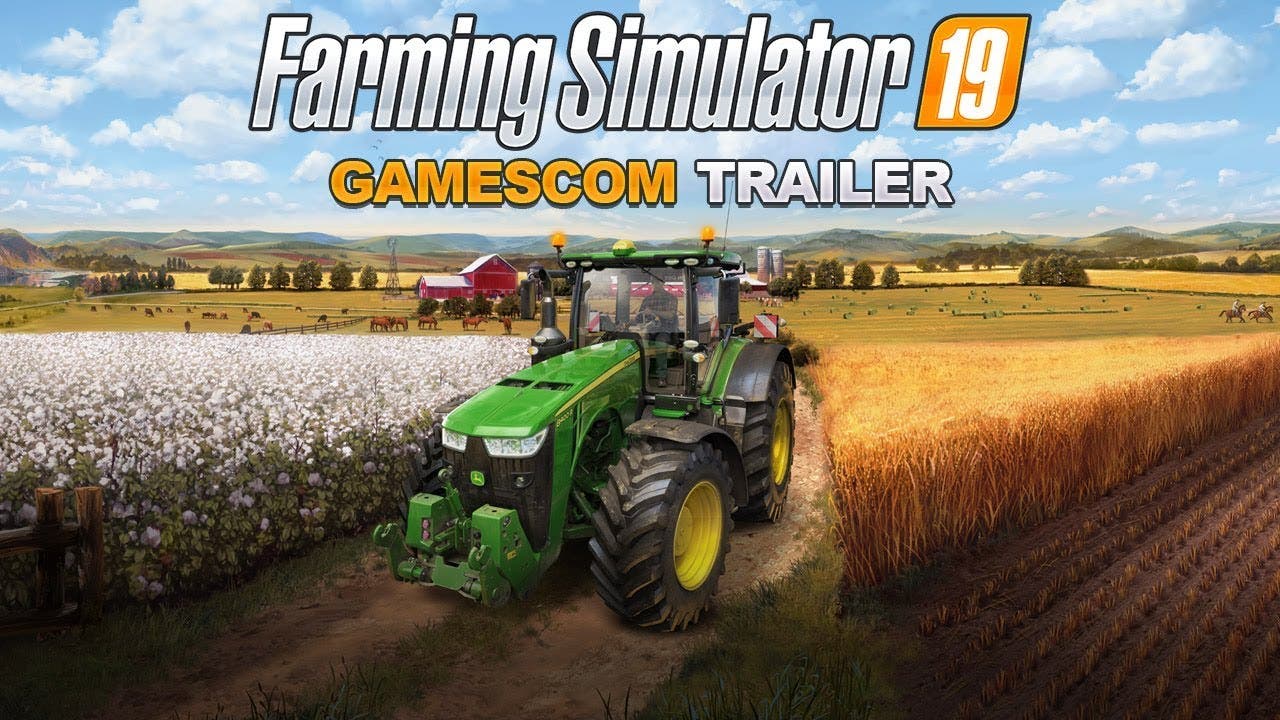 August 20, 2018 — Germany is a landmark for the Farming Simulator franchise where it has been met with huge success for the past 10 years, gathering hundreds of thousands of German players, making up an important core of the passionate community.

Gamescom 2018 is thus a perfect opportunity for Farming Simulator 19 to meet the players, who will be free to play a preview version of the new game on the huge Farming Simulator booth (Hall 8.1 – B021), which promises to once again get the public hall rocking!

In the meantime, get a sneak peek of Farming Simulator 19, its new environments and some of its new features in the Gamescom Trailer! These new features include ridable horses, new crops to harvest on detailed new maps and the franchise’s biggest garage accompanied by a complete graphics overhaul.

Farming Simulator 19 promises to be the most complete farming experience ever as the game now brings over 300 authentic vehicles and machines from all the leading brands, now including John Deere – with Case IH, New Holland, Challenger, Fendt, Massey Ferguson, Valtra, Krone, Deutz-Fahr, and many more.

We will unveil more in the coming weeks, until the games releases for PlayStation 4, Xbox One, PC and Mac on November 20.