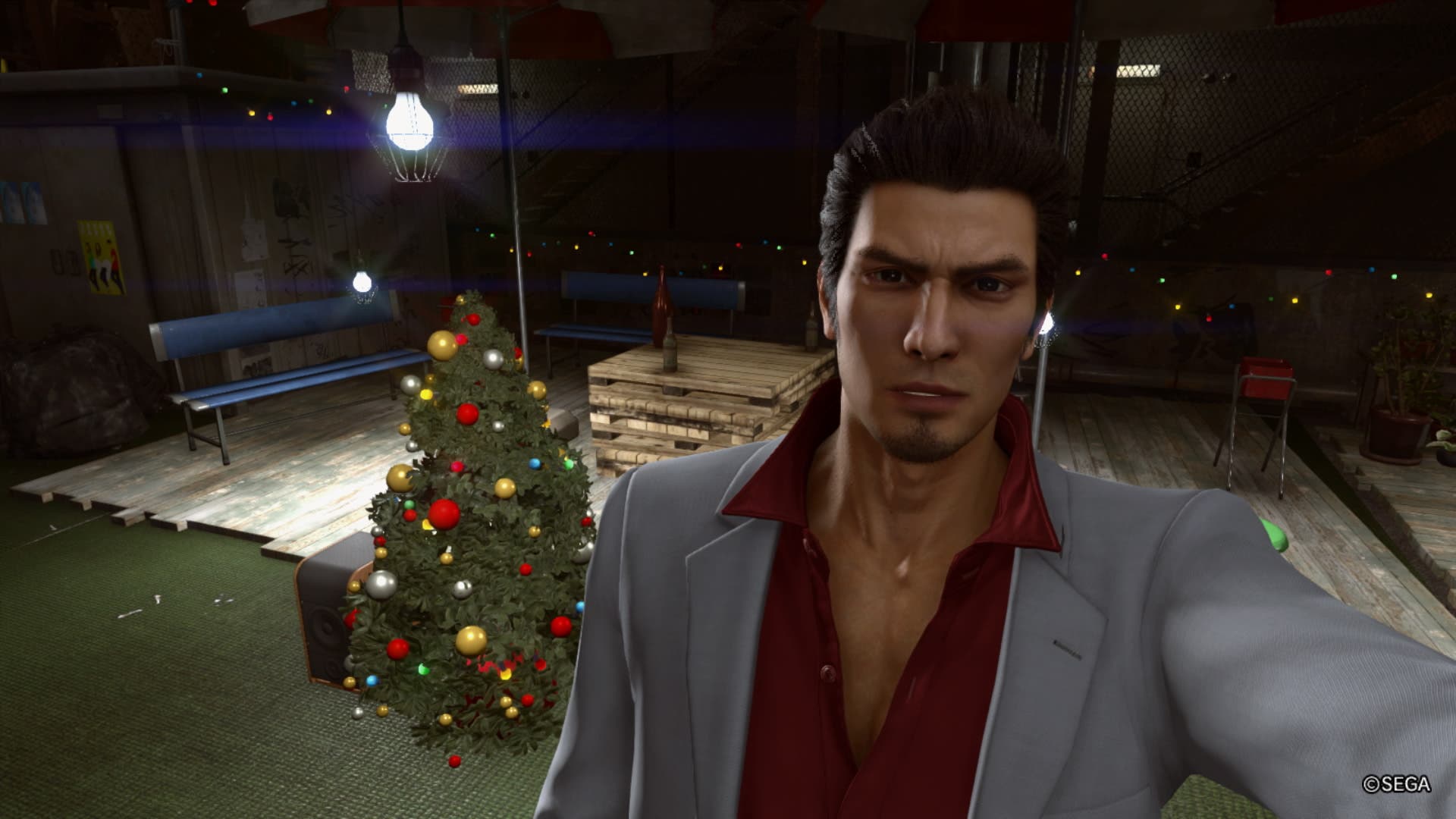 It’s only been a year after the events of Yakuza 1 (or Kiwami) unfolded and Kazuma Kiryu finds himself back in Kamurocho. Of course, things get out of hand and Kiryu gets tangled up in more Yakuza drama. 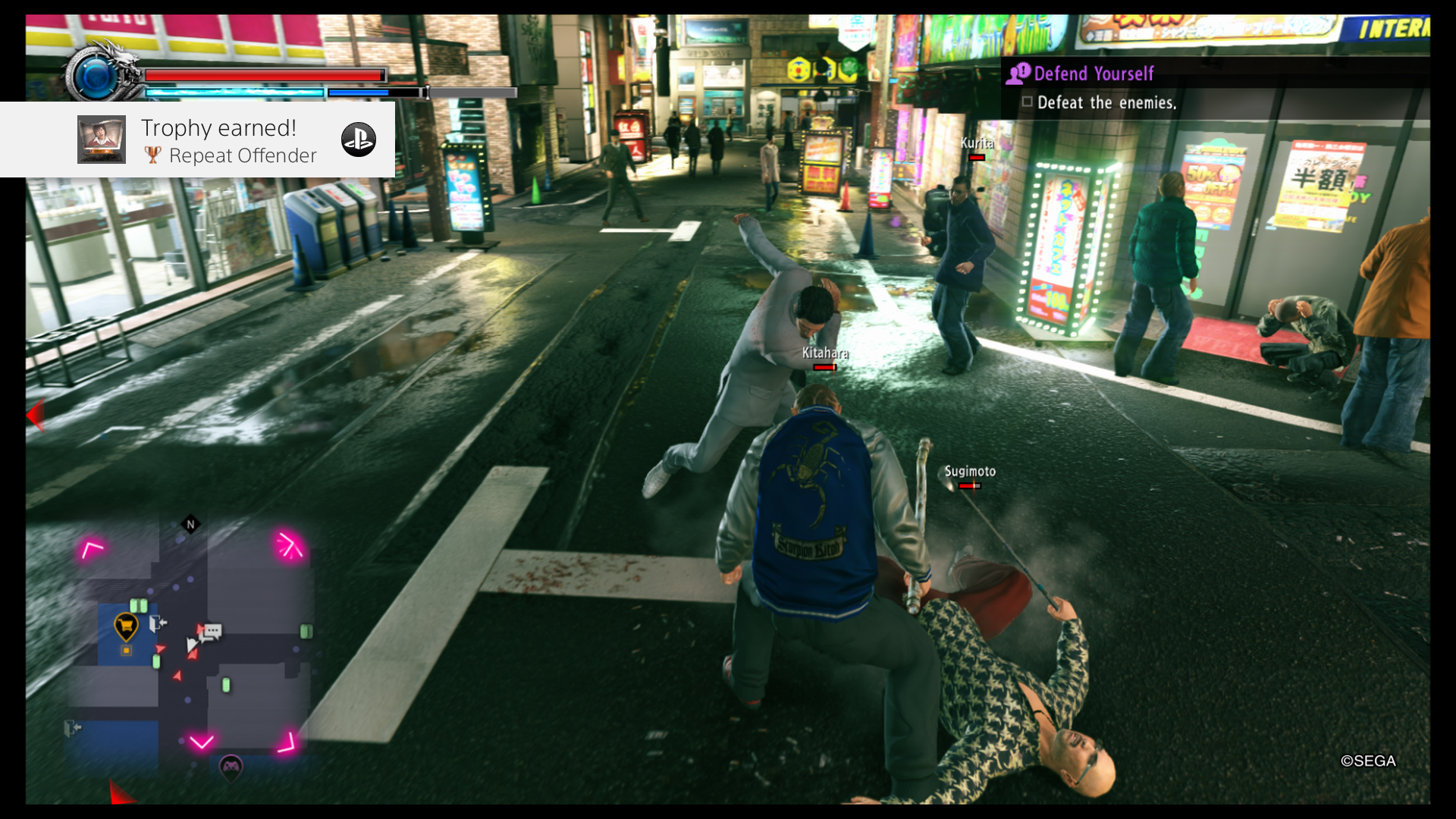 The fifth chairman gets murdered in front of Kiryu, the Omi Alliance is dealing with a coup from its Chairman’s son Ryuji Godo, and all while the Tojo Clan is at their most vulnerable. The story is quite good and when people say this is one of the better Yakuza storylines, I believe them. The new foe, Ryuji, is characterized as one of the muscle heads in the Yakuza universe. Big, dumb, and talking with his fists. It’s quite easy to dismiss him as another throwaway bad guy, but Ryuji’s story is worth your attention.

Kiwami 2 is a remake of Yakuza 2 in the same vein that Kiwami 1 was a remake of the first Yakuza game. The story elements are kept intact with some additional content peppered in. I’ve never played the original Yakuza 2 so I’m at a different level of understanding when it comes to this game. As with the first Kiwami, I’m only aware of a few things that were added. I’m unsure of the rest though, whether something is original or not. A substory here or a cameo there, if it was placed to be a wink & nod to previous Yakuza titles or even Yakuza 0, I have no clue. But I find this to be a positive as any changes make the universe flow naturally. Everything feels like it belongs. Where the first Kiwami used Yakuza 0’s engine to be its backbone, SEGA tasked Yakuza 6’s impressive Dragon Engine for Kiwami 2 and it’s quite the looker. The cities of Kamurocho and Sotenbori feel crowded and full. There is a lively-ness to the cities with how many people can be rendered at one time. The sights and sounds of the city atmosphere, the bright lights, the big signs, and the indoor spaces are all beautifully represented.

In fact, one of the great things about this series is the city itself. It’s a great feeling to be back in a place you’re so familiar with and see it change over time. After playing three Yakuza titles, I don’t need a map much anymore. I know where the Ebisu Pawn will be, I know how to get to Theater Square from anywhere, I know where to look for the batting cages, and it’s just awesome that I can hop right in and feel like I never left. I constantly head back to little places like Kiryu’s real estate business or the Pocket Circuit Club to see if they’ve done anything to reference that at all; so far no. Plus just being able to walk around the city and see what has changed is exciting. It’s like sightseeing in your hometown after being away for a few years. 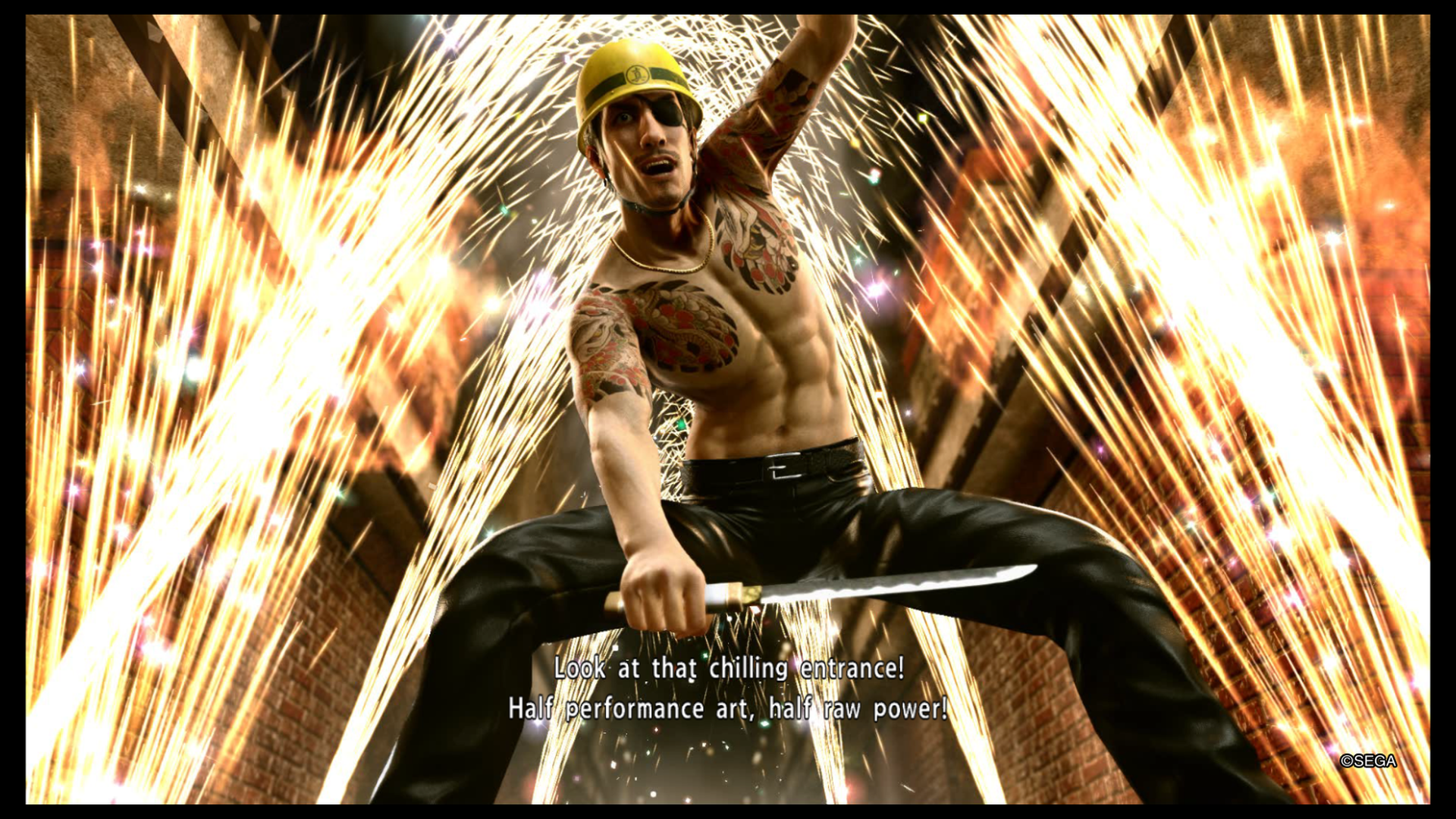 What really tugged my nostalgia strings was returning to Sotenbori. (can it be nostalgia if it’s only a few years old?) Once I made my way there in the story, I just walked everywhere; taking in all the changes since I last visited this place in Yakuza 0. It’s difficult to describe the feeling I got when I saw familiar businesses and new buildings built over old stomping grounds. I just wanted to game to tell me more about all the changes. It’s so great.

So let’s get into what’s new in Kiwami 2. SEGA went and added a bunch of new content to this version of the game. Yakuza 6’s clan creator returns with a whole Majima Construction subplot playing out. It’s very similar to the Clans from Yakuza 6 and makes for a nice way to pass the time. It’s not that exciting though and it’s not very entertaining like I’ve mentioned in my Yakuza 6 review. If you want to spend money on DLC, you can buy high ranking, named characters for this mode. Meh. Early on you’ll encounter Toylets, a urinal game found in the Club SEGA bathrooms. A man there asks you to try out their new game in hopes to help keep the bathrooms clean; by getting men to focus their streams. He gives you a bracelet that will allow you to play the game after you reach a magic number of 3000. Hit that number and you can play, thus resetting the counter to 0. You earn more ticks on the bracelet by eating and drinking. Unfortunately, the game does a bad job of letting you know when you’re ready to pee. I would have liked to see a notification when I reach 3000 instead of randomly checking the inventory screen and seeing if the bracelet was full. Other than that, the two games it gives you to play are fairly straight-forward; you have to control your stream using the right trigger. You want to keep your stream in the green and not go over or under. In one game you build up another gauge that, once full, will be needed to blow your opponent away. The two games are ok and I don’t mind that you can’t just repeat them right away, it’s a silly and fitting addition in my book. 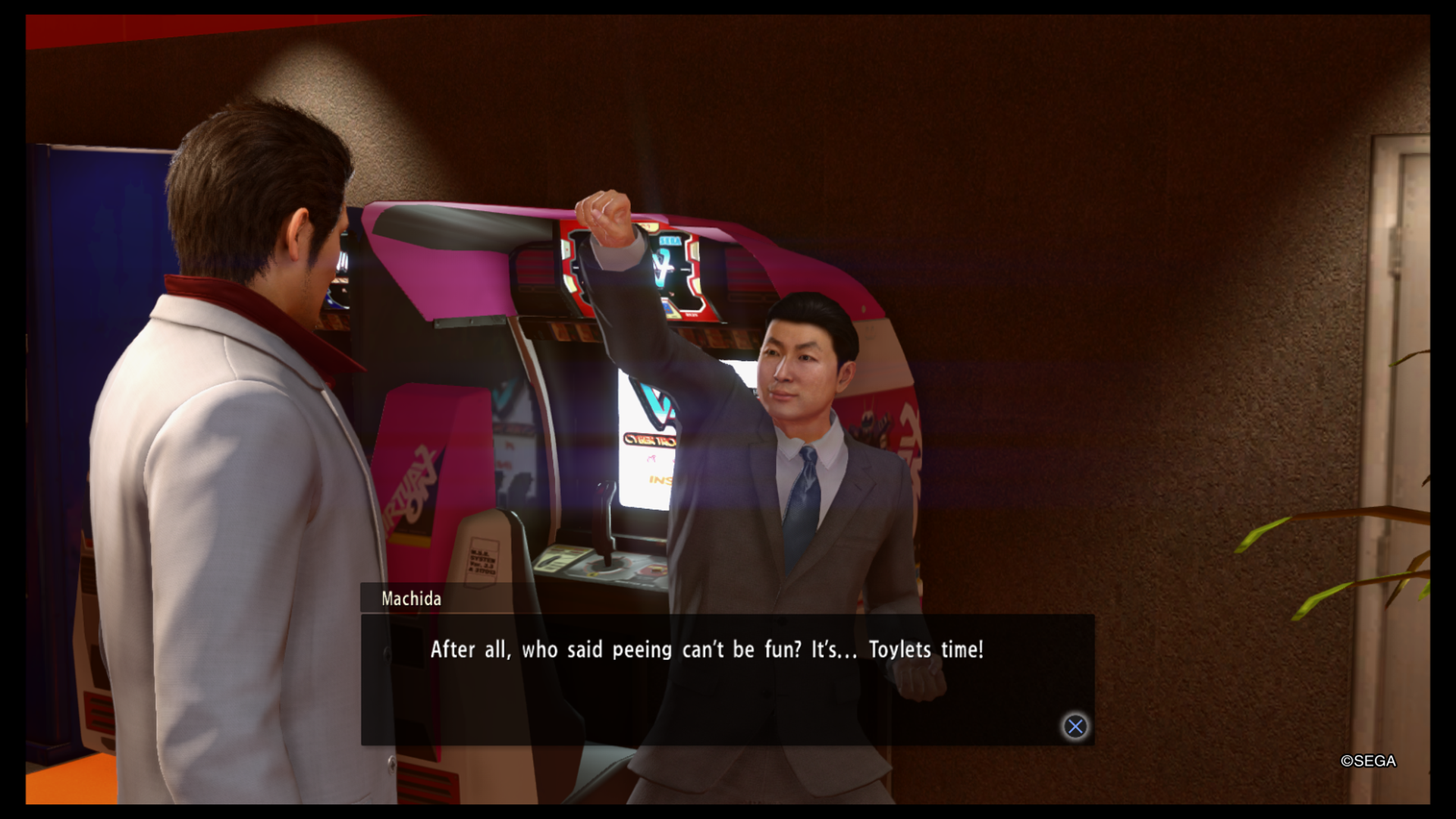 My favorite addition is the return of the Cabaret Club minigame. It plays just like the Yakuza 0 version with a few added tricks. You still get to dress up your platinum girls, you can still level up their stats, and you still run a six-table layout of guests. I was glad all the hand signs the girls give when they’re in trouble were the same and that the basic gist of pairing up the guests to the girls was also the same. Added into this version, Oil Barons who may show up and take all your girls to get an added bonus to your night’s total. There’s a whole substory here with the Cabaret GP just like Yakuza 0 had and it’s a great tale. Most definitely recommend you play this side game.

In addition to the Cabaret Club, you may be wondering, if Kiwami 2 has the staple Yakuza activity of you interacting with attractive ladies? Yakuza 6 had the internet chat room, Kiwami had the Hostesses, Yakuza 0 had the phone chats, and Kiwami 2 has a photographer mini-game. They took the conversation mechanic utilized at the Bar in Yakuza 6 and modified it for here. Basically, its live video of a woman in sexy outfits and it’s your job to choose three connecting statements to her question. Depending on how well you do determines the outcome of the video and if you can unlock additional outfits for the model to wear. There’s nothing of value here unless you just want to look at pretty ladies. But hey, you’re reading this so I imagine you have the internet to do that. 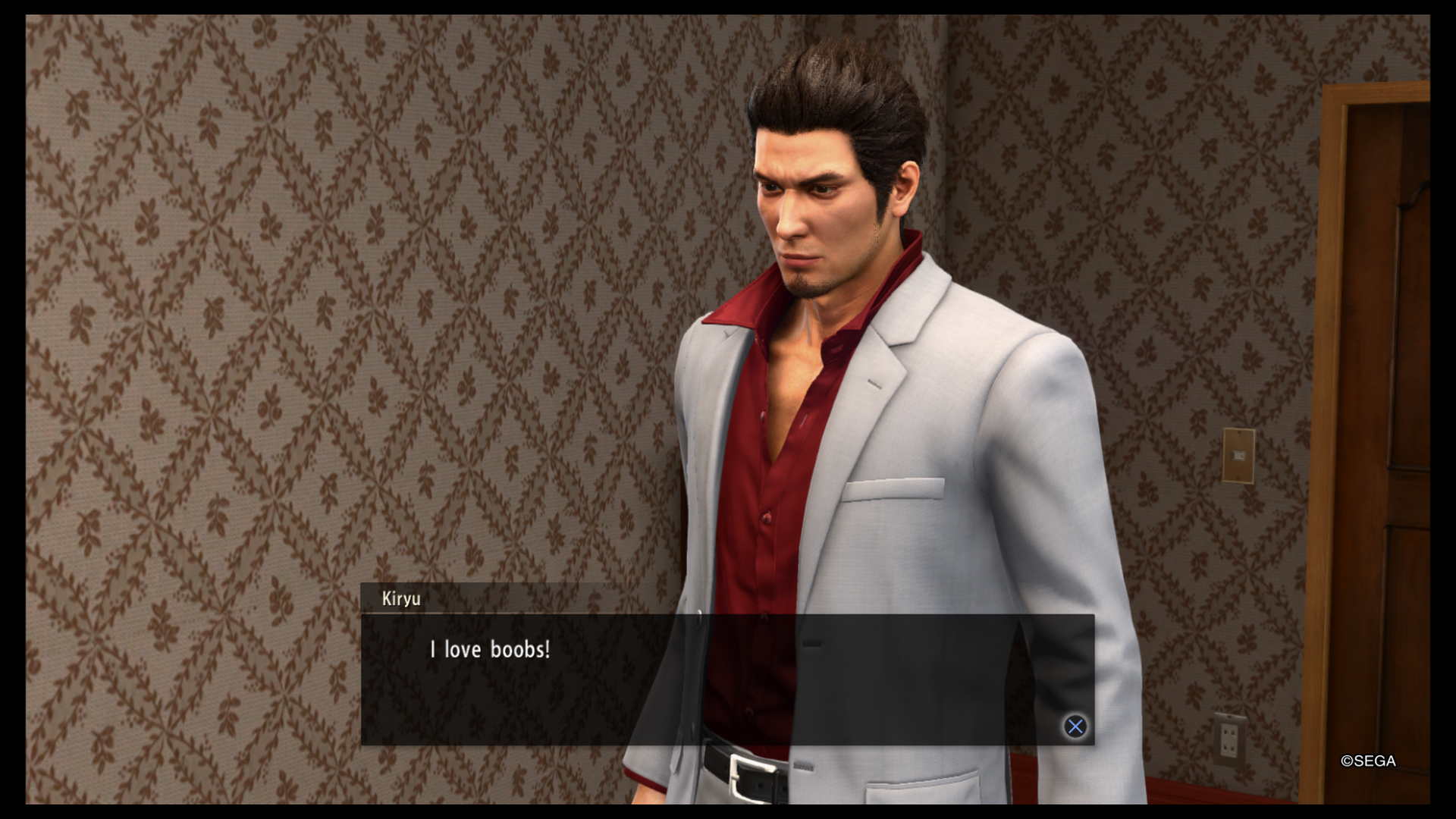 One other thing added into Kiwami 2 is a whole separate story mode featuring Goro Majima. Separate as in, you have to access these through the main menu separately. As you’re progressing through the chapters in Kiwami 2, you’ll unlock these additional Majima Chapters you can play; controlling the fabled Mad Dog of Shimano. The story reveals more about what is going on in the Tojo clan between Yakuza 1 and 2 from Majima’s perspective and it’s got itself quite a tale to tell as well. Not to be too spoilery but Majima does head back to Sotenbori where you played as him for the majority of Yakuza 0. It’s great seeing him and his story back in the city where I first met him and seeing things fall together. If you played Yakuza 0 and wondered about a certain character, this mode gives you more answers. There isn’t any leveling or much to progress with Majima. His attacks and combos are set and you’ll find yourself doing the same attacks over and over. Luckily he can dispatch enemies quickly with his knife and quick attacks. To heal you can use items or eat food but any activities you do as Majima don’t count towards Kiryu’s activity checklist. Other than to see Majima’s story, the only other thing that will benefit you is that you’ll be able to transfer any money earned in Majima’s story over to your Kiryu save.

Before I finish this review, I do want to say that I am super stoked that they included a Substory locator in Kiwami 2. Being able to see an available Substory pop up on the map without me having to have first traveled over there is great. As a completionist, this makes my work that much easier. 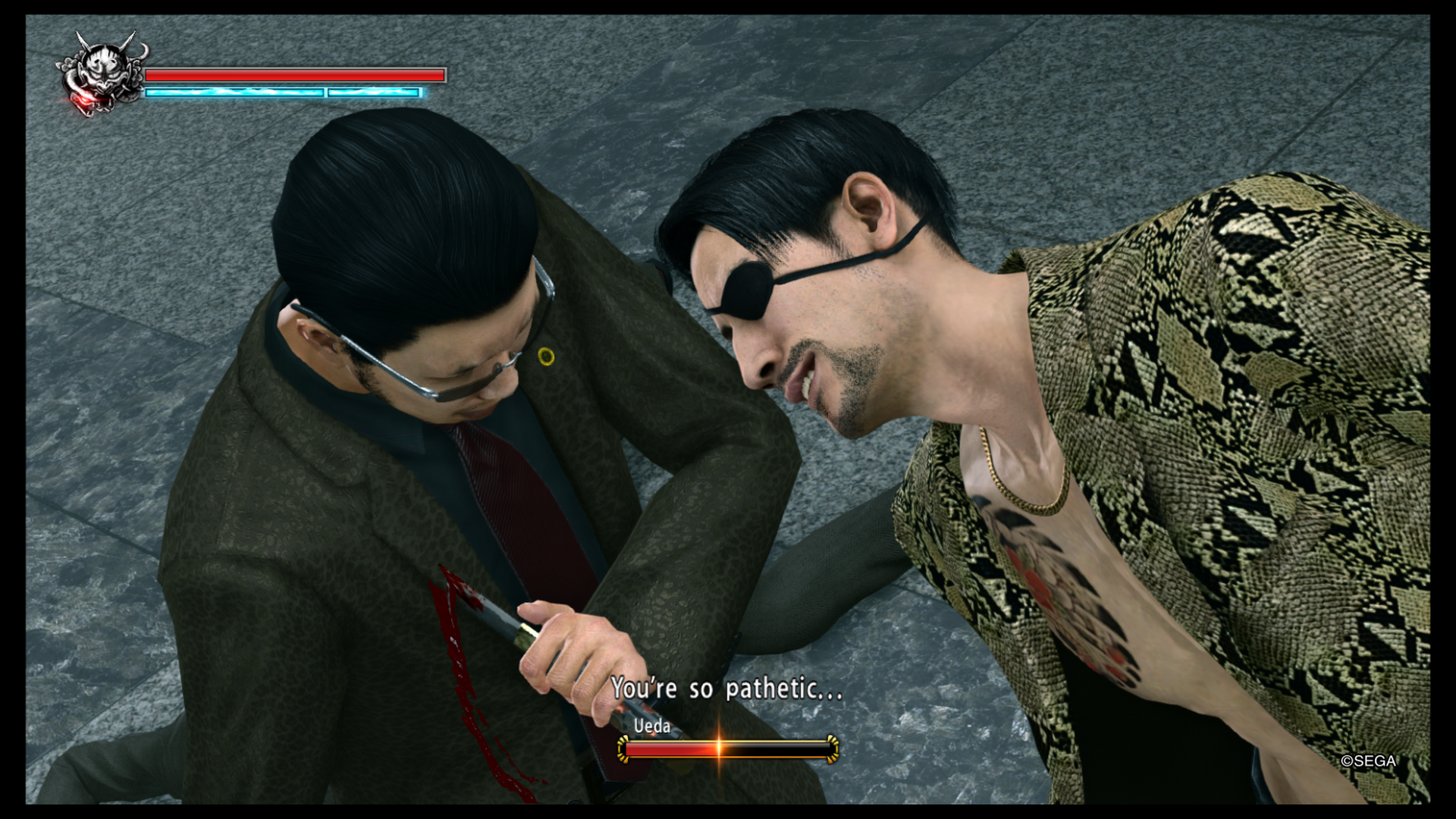 Kiwami 2 is such a great game. From the wonderfully crafted story to all the returning activities, I had loads of fun diving back into the world of Yakuza. This series has become one of, if not, my favorite of all. If you would have asked me a few years ago if a Yakuza game would have been in my top tier list alongside the likes of Mass Effect, Halo, and Grand Theft Auto I would have called you crazy. But here I am devouring every little bit of the series I can get and Kiwami 2 delivers on everything I wanted more of. 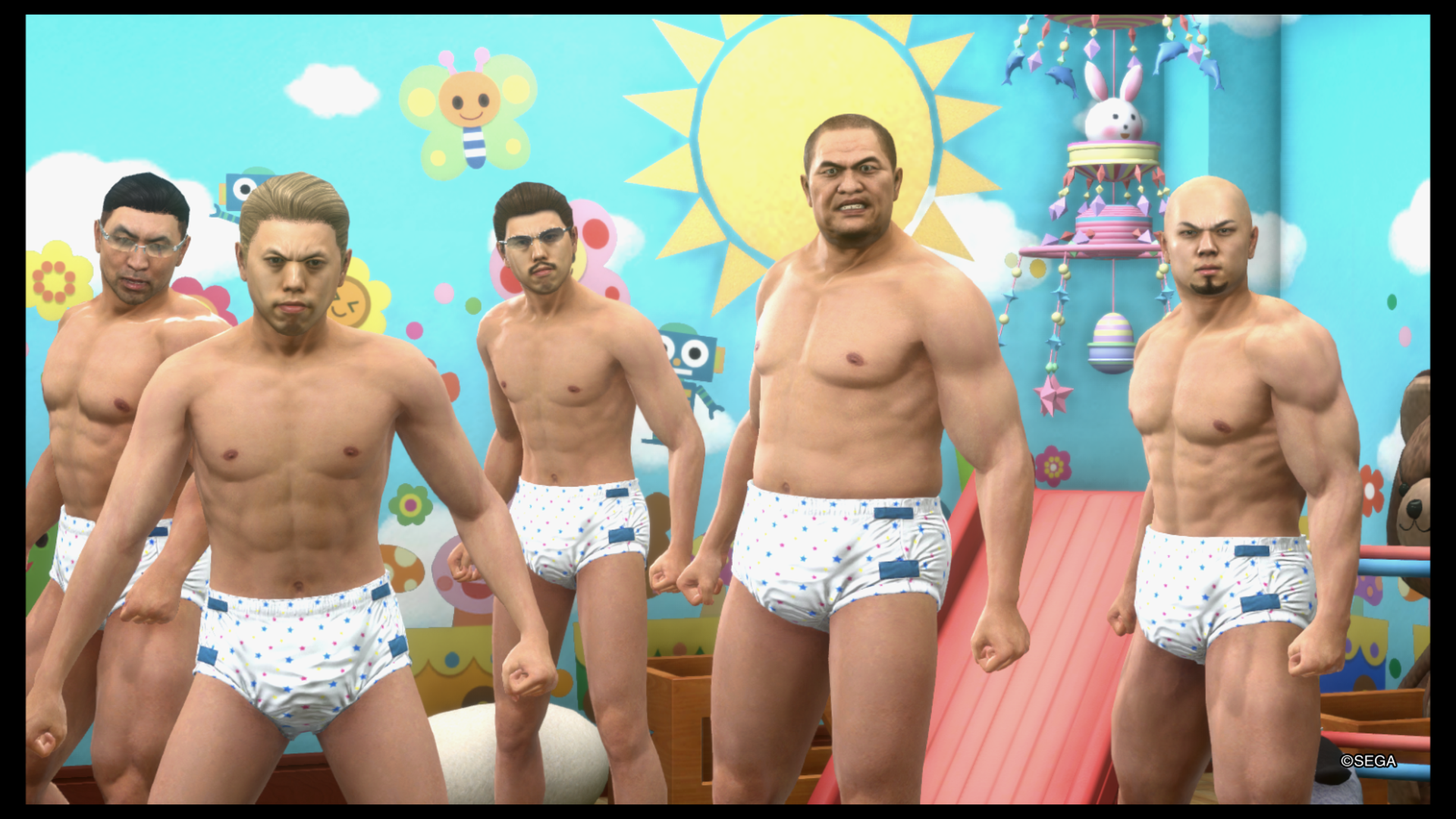