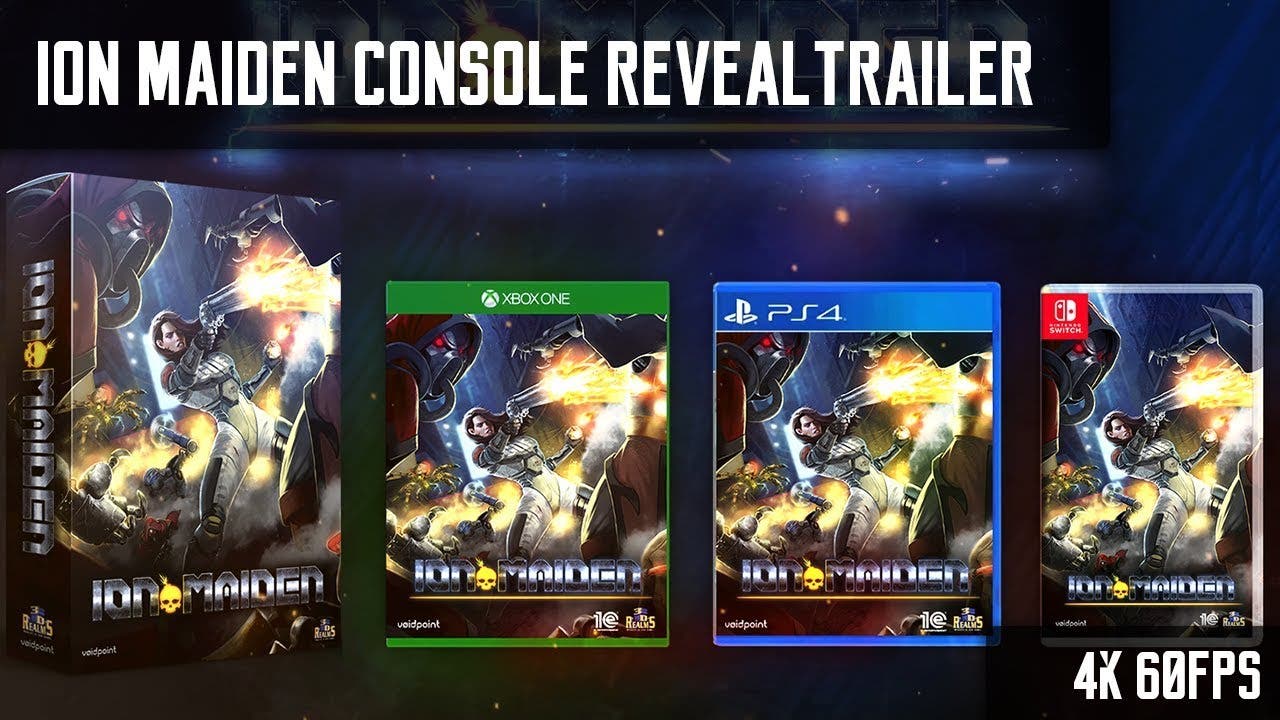 Ion Maiden from 3D Realms is coming to Switch, PS4, and Xbox One in collaboration with 1C Entertainment

DALLAS, TX – October 23, 2018 – 3D Realms, the developer of classic first-person shooters including Duke Nukem and Shadow Warrior, will collaborate with global PC and console publisher 1C Entertainment to bring Ion Maiden to Nintendo Switch, PlayStation 4 and Xbox One in Q2 2019, in addition to the previously announced Steam release. Both companies will also collaborate on a new unannounced FPS based on the original Quake engine coming to all the same platforms as Ion Maiden.

Ion Maiden’s exclusive multi-hour preview campaign is available on Steam Early Access for $19.99 in English, French, Italian, German, Spanish and Russian. The retro first-person shooter developed in the Build engine, which powered Duke Nukem 3D, Blood, and Shadow Warrior, will simultaneously release on all platforms Q2 2019 in both digital and physical formats. In this prequel to 2016’s Bombshell, Shelly has to take down transhumanist mastermind Dr. Jadus Heskel.
While Ion Maiden utilizes a classic engine, Early Access players have still found the modern staples they’ve come to expect, including headshots, more physics and interactivity, widescreen support, controller support and auto-saves. 3D Realms and 1C Entertainment are taking the best of both worlds and cooking it all into a bloody stew.

“Presenting games like Ion Maiden to all of 3D Realms’ fans is our number one priority,” said Mike Nielsen, CEO of 3D Realms. “Partnering with 1C Entertainment means we can make our dedicated community happier by bringing Shelly to consoles.”

“I was always a fan of the old-school classic FPS titles Duke Nukem 3D, Blood, Max Payne and Shadow Warrior, so I am super thrilled to partner with a legendary studio such as 3D Realms,” said Nikolay Baryshnikov, CEO of 1C Entertainment. “As a global publisher, our goal is to bring top-quality titles to all the gamers around the world, and our cooperation with 3D Realms is a great addition to our portfolio. For me personally, it’s a kid’s dream come true.”