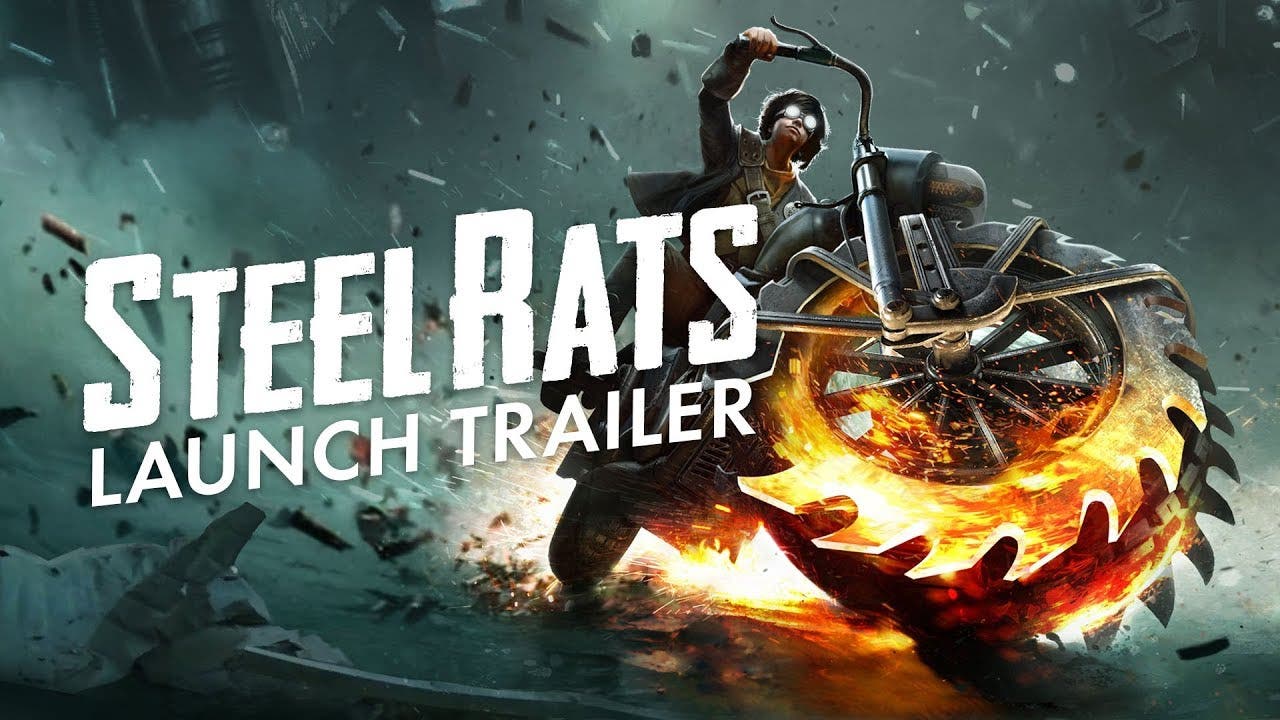 London, November 7, 2018 – The alien junk robot invasion has begun and only you as part of the Steel Rats™ a ride or die, hi-tech biker gang can stop them. Today Tate Multimedia are revved up and ready to ride as Steel Rats, the long-awaited motorbike combat action game, launches on PlayStation®4 and PC. Alongside the game’s release, a brand-new launch trailer has been unleashed, and an Xbox One version of Steel Rats is also coming soon.

A visceral and groundbreaking evolution of the 2.5D action-arcade genre, Steel Rats fuses destructive, octane-fuelled, motorbike combat and death-defying stunt gameplay, all set in a visually stylised, retro-future world. Switch between four unique and upgradeable characters as you wreak havoc and defend your city from an invading armada of junk robots.

There are also only 24 hours left to bid in a very unique charity auction for the one-of-a-kind ‘Steel Rats: Super Turbo Ultimate Wreck & Ride Collector’s Edition’, which contains a full size 9-foot metal junk robot from the game with proceeds going to four charities from across the globe, including Special Effect, Make a Wish, AbleGamers and Gaming Aid: http://bit.ly/SteelRatsEbayAuction

Steel Rats can be purchased from Steam as the base game at $19.99 and the soundtrack is also available separately for $4.99.