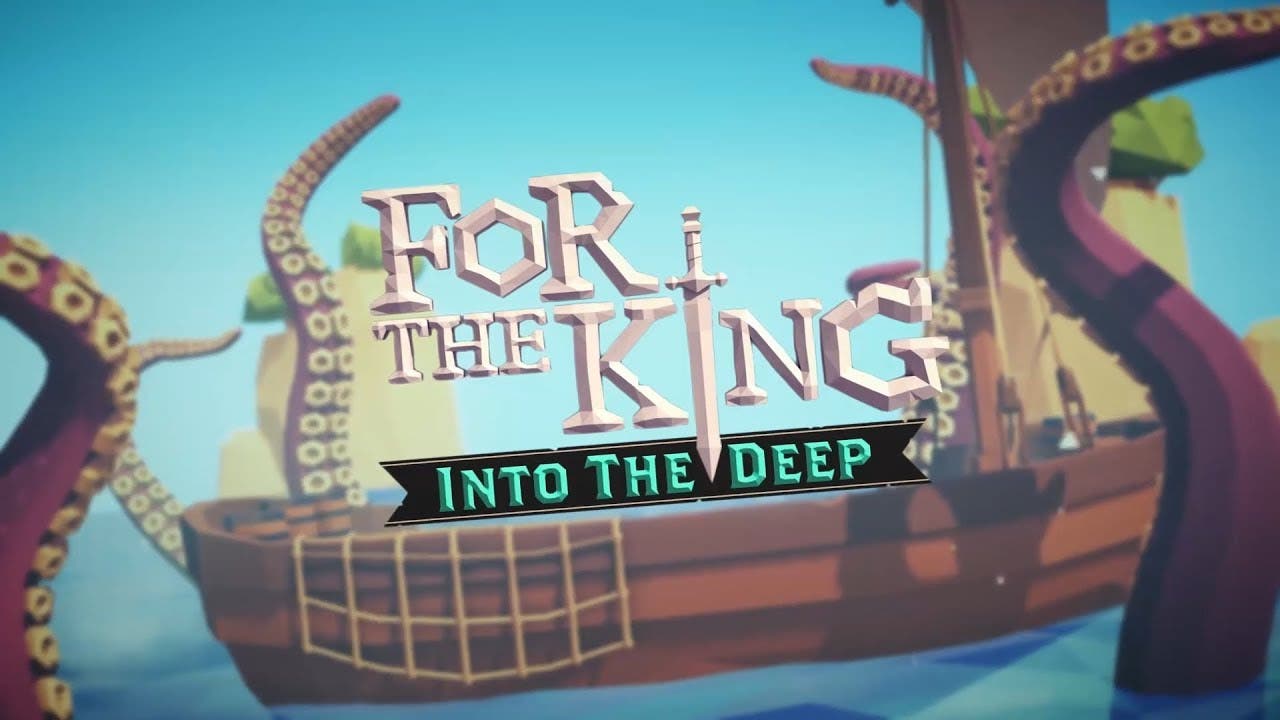 For The King receiving free DLC, “Into The Deep” on November 21st

London, November 12th, 2018 – IronOak Games and Curve Digital today announced the next DLC adventure in For The King, titled Into The Deep. This exciting new story chapter focuses on the vast oceans of Fahrul. With incredible sea battles, fearsome enemies, awesome boats and a whole lot more, Into The Deep will keep players entertained until well after the grog has run dry. Into The Deep will launch as a free update next week on Wednesday November 21st.

In Into The Deep, players come face to face with the Fishfolk. Upon further investigation, it becomes clear that the Fishfolk are trying to summon the Kraken God, their terrifying deity that will flood the world and devour any survivors. Players must explore the oceans and islands of Fahrul, finding and destroying the sources of the Kraken God’s power, buried deep within the many Water Temples across the sea. Featuring 9 new enemy types, new weapons, 4 boat variants, new enemy and friendly NPC encounters, new outfits, armours and trinkets, Into The Deep is a huge new journey into uncharted seas for the intrepid adventurers of Fahrul. And of course, there’s one thing a pirate never travels the seas without… Introducing a brand new weapon class, Guns! Now players can take on enemies armed with the Blunderbuss, Musket or Hand Cannon.

“Into The Deep is a huge addition to For The King. It’s something we’ve been extremely excited about,” said Gordon Moran of IronOak Games. “Everyone at the studio not-so secretly wants to be a pirate, but we wouldn’t last long out there in the ocean, so we instead created our ode to the classic stories we used to read as kids. We hope you all enjoy playing it as much as we did making it.”

“Into The Deep is an amazing new adventure, added free of charge, to the For The Kinguniverse,” said George Morgan, Product Manager at Curve Digital. “It expands on the sea based battles, over the land based content that is already fondly loved in For The King. There’s a large surprise awaiting those that brave the seas, but make sure your ship is up to the challenge first!”