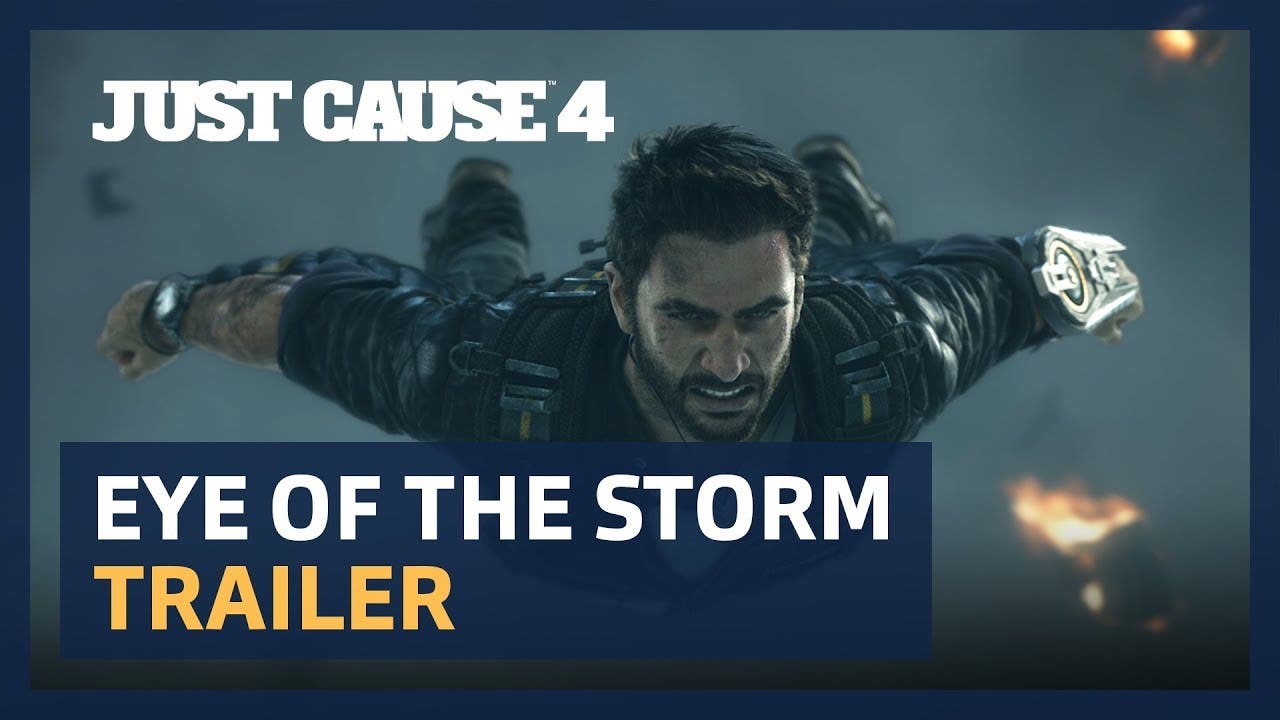 JUST CAUSE 4 gears up for launch next month with the release of a brand new, Eye of The Storm Cinematic Trailer, which first aired as part of the special X018 episode of Inside Xbox live from Mexico City.

JUST CAUSE 4 introduces a new adrenaline-fuelled chapter for rogue agent Rico Rodriguez. After Rico lands in Solís to uncover the truth behind his father’s death, he comes face-to-face with the expert Black Hand militia, led by the ruthless Gabriela.

This high-octane CGI trailer is produced and directed by Visual Works in collaboration with Director’s Duo. The title track, ‘I’m Just (Remix)’ by Artizan, is one of four tracks created for JUST CAUSE 4 which are out now for digital download. The full Just Cause album releases on December 4 to tie in with release of the game. Watch out for the extremely limited edition coloured vinyl too!

Download ‘I’m Just (Remix)’ and the other Just Cause 4 Artizan tracks now: https://listnin.co/JustCauseSoundtrack

Set in the fictional South American world of Solis, JUST CAUSE 4 takes the series’ incredible destruction and unique physics to a whole new level with the introduction of fully simulated tornadoes and other extreme weather events. Rico Rodriguez returns in JUST CAUSE 4 with his trademark parachute, wingsuit and, of course his grapple hook, now enhanced with new functionality and fully customizable making it the most powerful and creative tool the player has ever had.

JUST CAUSE 4 is a landmark entry in the series, and will release on December 4, 2018 on Xbox One, PC and the PlayStation®4 computer entertainment system.