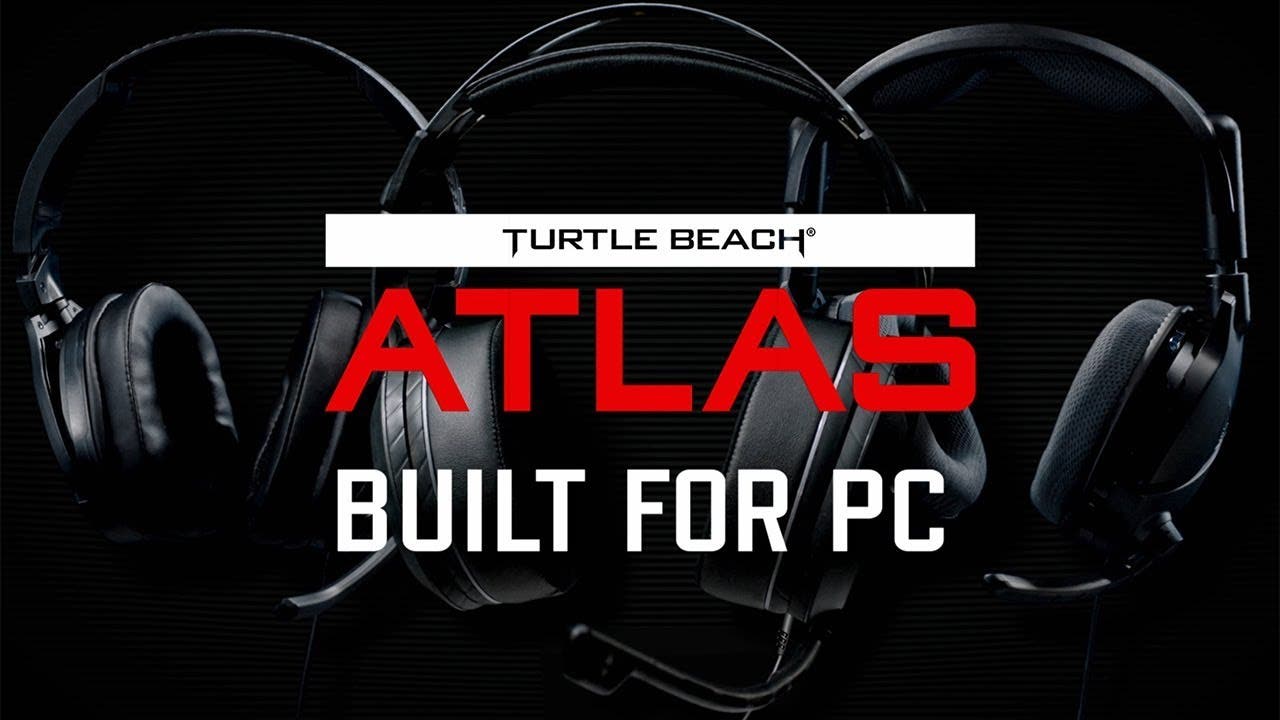 San Diego, CA – November 19, 2018 – In a year of significant growth in the video game industry, leading gaming headset and audio accessory brand Turtle Beach (Nasdaq: HEAR) continues driving its strong performance as the Company heads into the 2018 holiday season with its richest offering of new, high-quality gaming headsets. With the majority of its 2018 lineup now available both in-stores and online, Turtle Beach has a variety of headsets designed to work with Xbox One, PlayStation®4, Nintendo Switch™, PC, and mobile/tablet devices, giving players the ability to choose the ideal model that suits the type of gamer they are and their budget.

“Turtle Beach’s year-over-year success stems from our ability to consistently design the widest assortment of high-quality products that empower a diverse audience of gamers,” said Juergen Stark, CEO, Turtle Beach. “This year we’re expanding the Turtle Beach brand even further with our new Atlas line which includes three different headsets for PC gamers, additional headset options under $100 with our new Stealth 300 and Recon 200 headsets, and by launching the successor to our flagship Elite Pro line with the Elite Pro 2 + SuperAmp Pro Performance Gaming Audio System.”

Stark continued: “This year’s full lineup, with the exception of a couple surprises still to be revealed, are now available in-stores and online and we’ve already seen positive feedback from gamers, our partnered teams and streamers, as well as very favorable reviews from publications like Game Informer, Windows Central, and more. We’ve got a great new lineup and are looking forward to a strong holiday season to help us continue this year’s strong performance.”

Read below for additional details on all of Turtle Beach’s 2018 gaming headsets.

“Quality audio and communication can genuinely make the difference between winning or losing that all-important round,” said Peter “dupreeh” Rasmussen of Astralis. “We’ve had a lot of input into the overall design and performance of the Atlas range, and it’s very rewarding to see and use the final product and hear from gamers now that it’s out there.”

The Atlas Three Amplified PC Gaming Headset delivers powerful amplified Windows Sonic for Headphones surround sound for total immersion. The Atlas Three is built for PC, and also works great with Xbox One & PS4™, Nintendo Switch™, and mobile/tablet devices, and has a MSRP of $79.95.

Atlas One
“4/5 – Excellent.” – PCMag.com
Experience unmatched sound and comfort for a great price with the Atlas One PC Gaming Headset. The Atlas One is built for PC, and also works great with Xbox One & PS4™, Nintendo Switch™, and mobile/tablet devices, and has a MSRP of $49.95.

The Elite Pro 2 + SuperAmp Pro Performance Gaming Audio System for Xbox One and PS4™ builds on the legacy that began with Turtle Beach’s original Elite Proheadset from 2016 to deliver the next generation of pro-level audio required by today’s top competitive and hardcore gamers. The Elite Pro 2 + SuperAmp bundle is built for Xbox One and PS4™, and also works great with Windows 10 and earlier Windows PCs, and is available for a MSRP of $249.95.

“There are crucial features we need in a headset to be at the top of our game,” said Nick “Ashes” Ridgeway, Assistant General Manager of OpTic Gaming. “The Elite Pro 2 + SuperAmp checks all of those boxes for us: crisp voice communication, detailed sounds, and our own customized EQ so we always have the audio advantage over our competition.”

The Elite SuperAmp Pro Performance Gaming Audio Controller offers gamers an entirely new way to elevate and control their audio with their existing wired headset. The Elite SuperAmp delivers powerful amplified surround sound and connects via Bluetooth® to the Turtle Beach Audio Hub mobile app on Android or iOS devices where gamers can personalize a variety of settings. The Elite SuperAmpis built for Xbox One and PS4™, and also works great with Windows 10 (Xbox One version) and earlier Windows PCs (PS4™ version), and is available exclusively atwww.turtlebeach.com for a MSRP of $149.95.

Incorporating many key features from this year’s top-selling headset in North America1 – the Stealth 600 – the Stealth 300 Amplified Gaming Headset offers gamers a superior new option to level-up their gameplay experience with a wired headset. The Stealth 300 is built for Xbox One & PS4™, and also works great with Nintendo Switch™, PC, and mobile/tablet devices, and has a MSRP of $79.95.

The official gaming headset of none other than DrDisRespect himself, the Recon 200 Amplified Gaming Headset delivers powerful game sound with enhanced bass and crystal-clear chat. The Recon 200 is built for Xbox One & PS4™, and also works great with Nintendo Switch™, PC, and mobile/tablet devices, and has a MSRP of $59.95.

“The Recon 200 is a bass-boosted, shatter-your-skull, extremely tactical headset built to take you to the next level,” said DrDisRespect. “Nothing even comes close. It’s time to step-up and show me what you’ve got! The Recon 200…BOOM!”