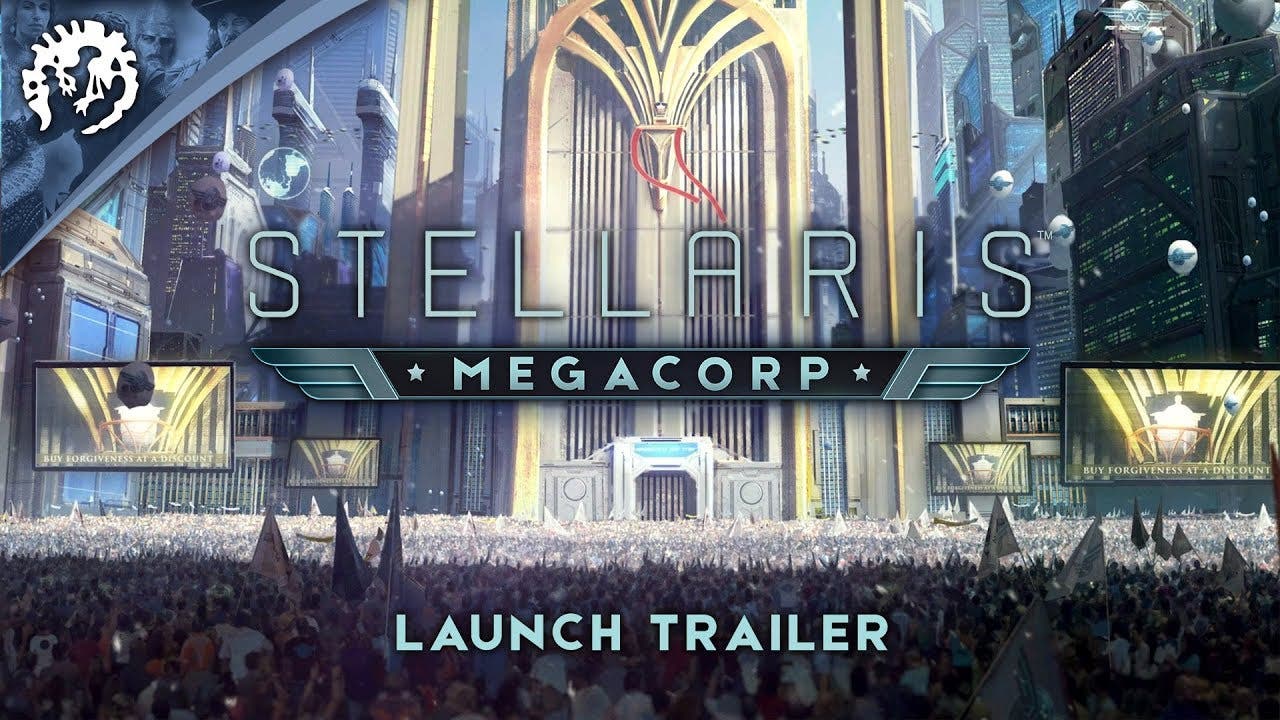 Stellaris: MegaCorp expansion out now for Windows, MacOS, and Linux on PC on Steam

STOCKHOLM – Dec. 6, 2018 – Paradox Interactive, a publisher and developer of games you can add to your resume, has today released its third expansion for Stellaris, the sci-fi grand strategy game from Paradox Development Studio. Titled “MegaCorp,” the expansion adds an impressive portfolio of commerce-focused features to Stellaris, and is available now for Windows, MacOS and Linux PCs for a suggested retail price of $19.99 USD. Stellaris players can experience MegaCorp now: https://pdxint.at/2EHh6QW

Stellaris: MegaCorp gives players a whole new way to make a name for themselves in the galaxy with Corporate Authority and Branch Offices allowing them to expand operations and influence across the stars. The economy can be ruthless when it’s all about the bottom line, but with MegaCorp, players can wield a number of profit-oriented features to build an empire anchored in the glorious ideals of space capitalism. Alongside a host of free updates coming to Stellaris, the new MegaCorpexpansion will include: