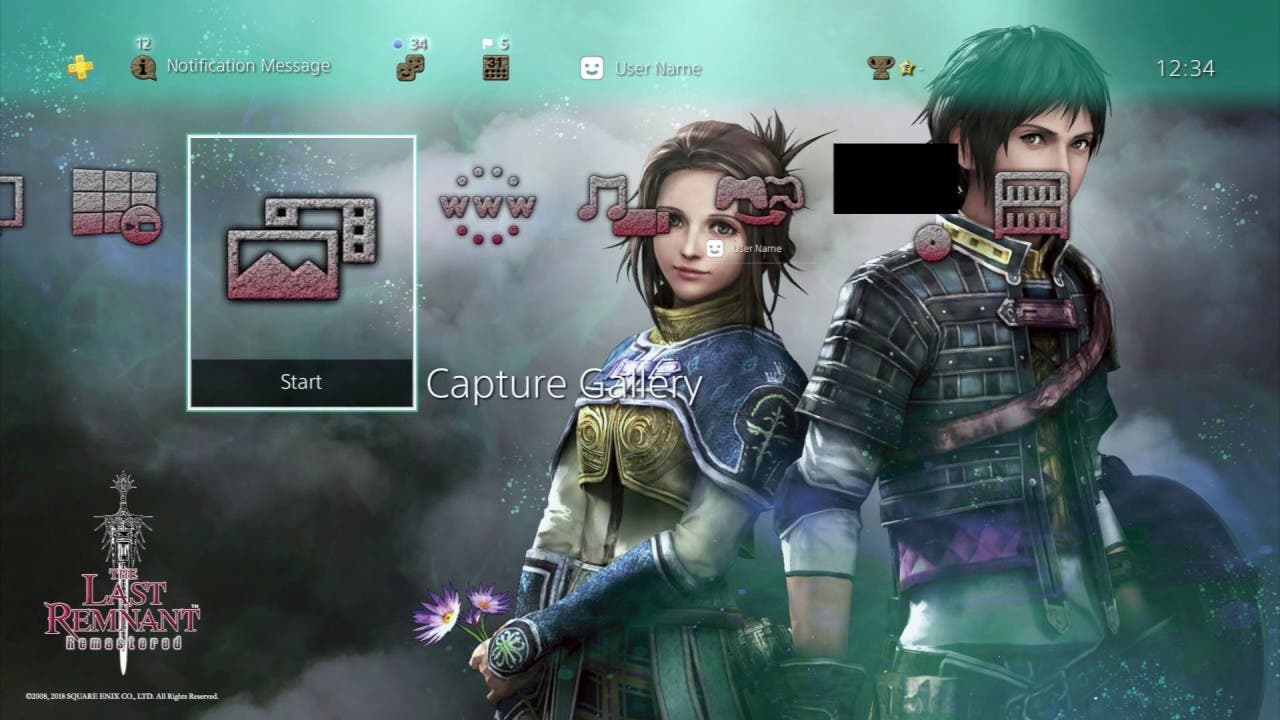 THE LAST REMNANT Remastered has come to PlayStation 4 today

Now celebrating its 10th anniversary, THE LAST REMNANT captured the hearts and minds of gamers with its enthralling story, countless characters and intricate battle system. The game tells the story of a world filled with “Remnants” – ancient artifacts that grant mysterious power to their wielders, changing the world’s balance and leading to an era of countless frays between those who ruled, and those who obeyed. Within this war-torn fantasy world, players will follow the journey of a young man, Rush Sykes, who is determined to uncover the truth and rescue his sister, Irina, with his new band of comrades.

Players who purchase THE LAST REMNANT Remastered will also receive a special PlayStation®4 system theme that includes game-themed menu icons, music, and character art. A video showcasing the theme is available to view at: https://www.youtube.com/watch?v=8OIcllJfyKU

THE LAST REMNANT Remastered is now available digitally from the PlayStation™Network for $19.99. This title is rated M (Mature). Please visit the Entertainment Software Rating Board (ESRB) website at www.esrb.org for more information about ratings.