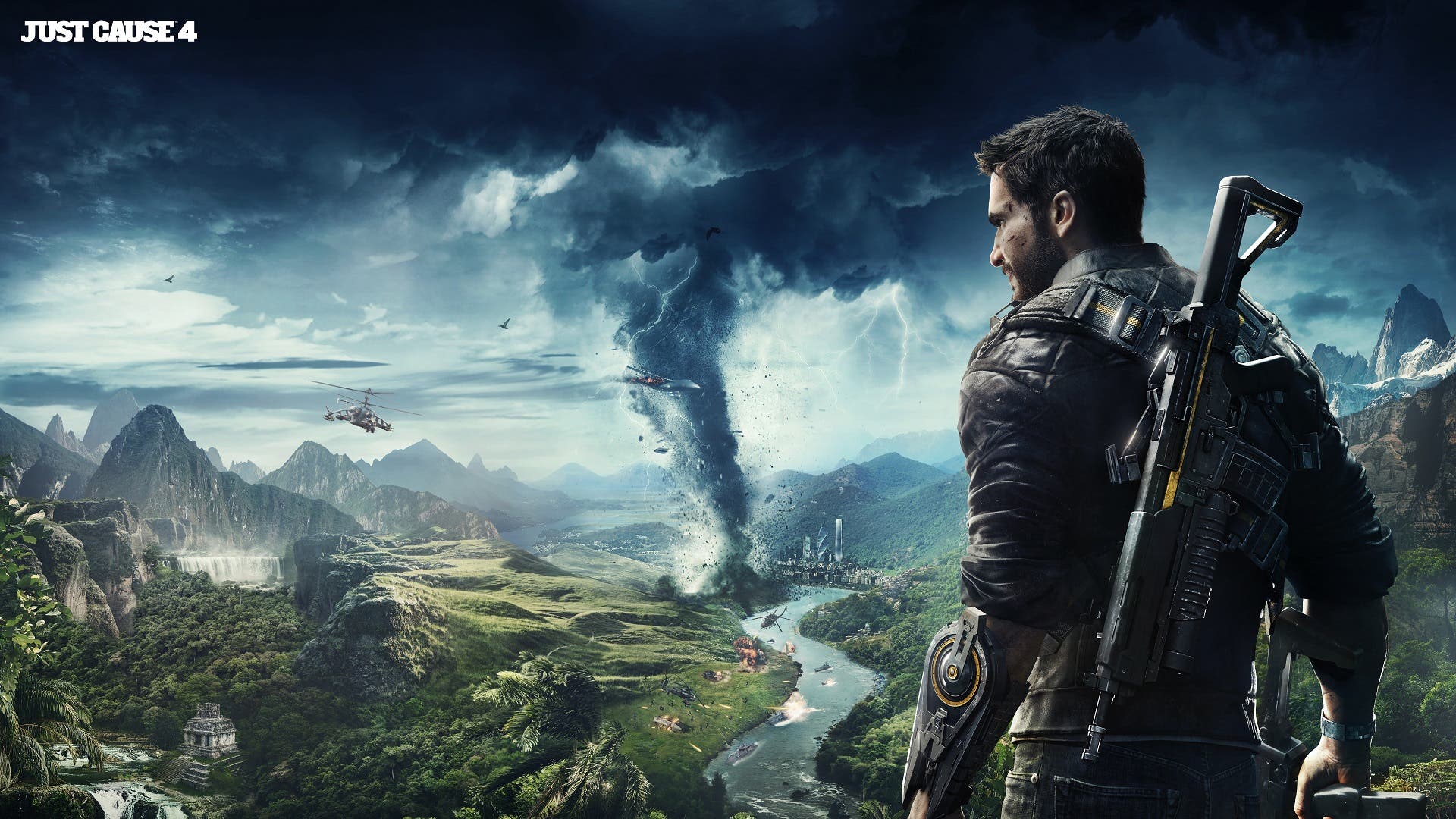 Just Cause 4 sees a grizzled Rico Rodriguez, and the Mercenary group known as the Black Hand is back once more, hired to prevent Rico from liberating another oppressed country. This time, Gabriela Morales of the Black Hand and the dictator, Oscar Espinosa – neither of which get enough screen-time. Avalanche Studios provides a whirlwind of activities and missions in which to deliver chaos in Solis, the new island to explore. Just Cause 4 is somewhat similar to Just Cause 3 in a lot of ways, but introduces enough new ideas and systems that makes it distinct. Let’s see weather or not this is good for the series.

New with Just Cause 4 is the ability to add mods to your grappling hook. There are three loadouts you can manage: airlift, retract, and boosters. You can modify their behaviors to your playstyle. My favorite being being able to use the boosters at a button press, rather than them wildly careening you or cars in unintended directions, despite the hilarity that would ensue. You can now issue ten tethers at once, and mixing and matching the loadouts with some really creative direction. Unlocking mods is as easy as completing side activities.

Just Cause 4 changes up the formula by making progression as freeing as possible, and done through territory control. This territory will not be contested ever, but you’ll be pushing front lines forward and forward until you’ve taken over everything. As you complete region missions, you’ll take on squads to push these front lines for your “Army of Chaos”. Rico Rodriguez is not just one man, but has an army behind him. Like in The Legend of Zelda: Breath of the Wild, the bigger missions are called ‘Operations’, and like Breath of the Wild, can be completed in any order before doing the final mission. The side activities get woven into base progression as a way to unlock fast travel. No longer are you causing chaos in missions to gain this progress — chaos just happens when you’re not looking. While wingsuit, driving, and stunt challenges were all the things i avoided in Just Cause 3, I found them really easy and enjoyable in Just Cause 4. 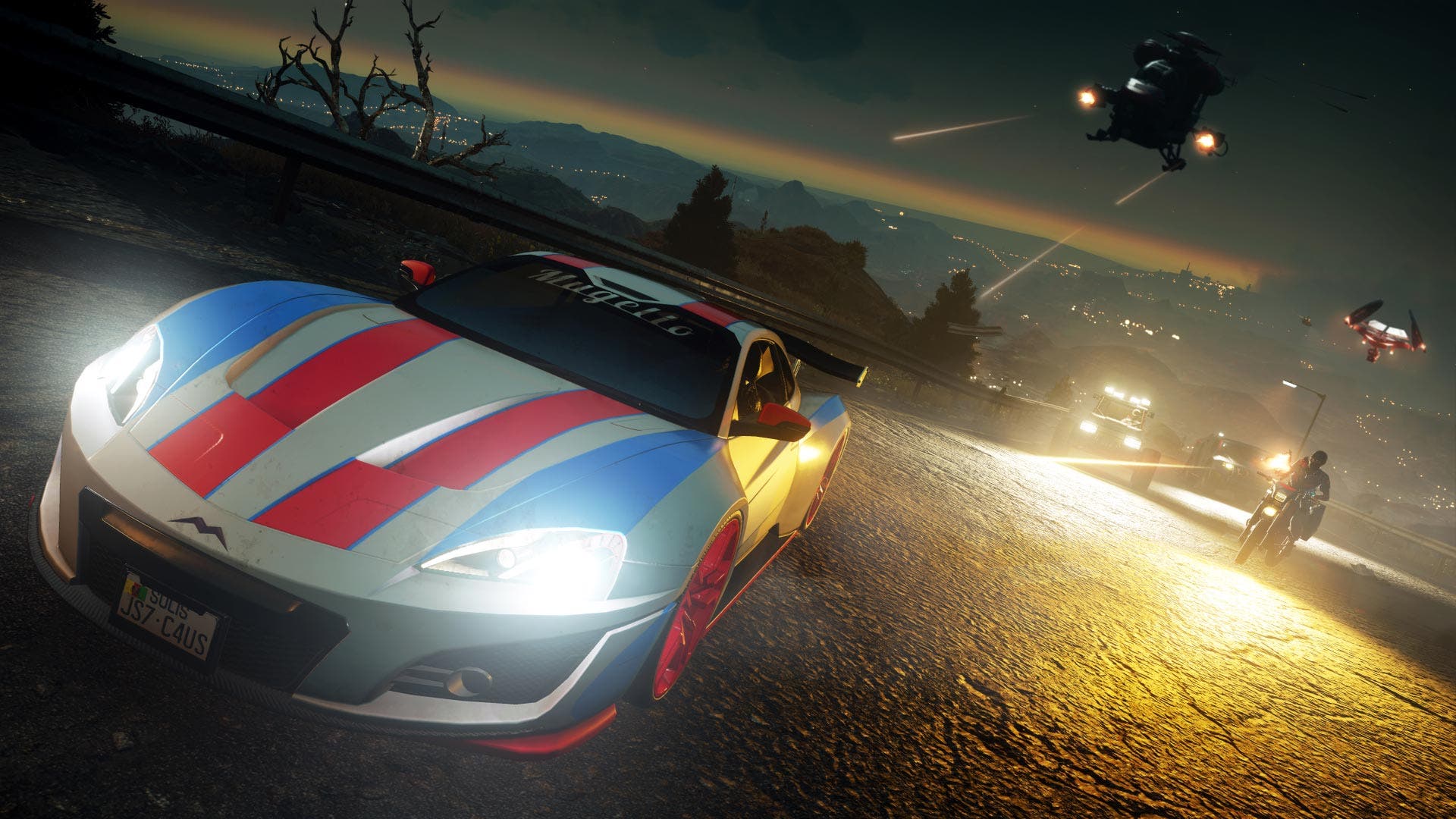 Weather plays a small, but important role in the game, with random tornadoes in the world. The later missions toy with them, and manipulate them in scary ways. Tornadoes in a videogame are rare, and Just Cause 4 handles them so well. Building on this, the wingsuit now can be affected by wind currents, which are visible lines in the air to help you get the most of your flying squirrel fantasies. The parachute seems mostly unaffected in this way, but mobility feels more tactile than prior games. The grapple to wingsuit to parachute combo is just such a great way to traverse the world outside of actual vehicles.

Rico can take a lot of punishment, and the game seemingly seems easy. There’s no difficulty that can be selected, so the game favors regenerating health and letting you feel empowered every step of the way. It’s possible for Rico to die, but it takes a lot. If he’s in a vehicle that explodes, he doesn’t recover from that, but everything else he will. For some reason, ammo is always at a premium for what you’re doing. With no weapon upgrades, this can be frustrating as most of the missions are escort missions, defense missions, or flipping switches (literally). While there’s lack of in core missions, there’s the ability to raid tombs now, by utilizing the grappling hook as a puzzle-solving device.

Some holdovers from Just Cause 3 is the lack of sprinting, no mini-map still, and all of the upgrades Rico gained in the Just Cause 3 DLC is just… gone. You can now ping with clicking in the left stick to highly interesting activities or find crucial items within the area during a mission. Avalanche has given special attention to the driving of cars in pre-release information, and it shows.

The camera is less than desired, but now you get multiple selections to choose from which helps those who can’t handle a tight field of view for motion sickness reasons. The camera that’s attached to the car is still really stiff, as opposed to swaying with the vehicle. By extension, the cutscenes in Just Cause 4 are poor. They were never the main attraction, and neither was the story, but these were given the least amount of attention it seems. 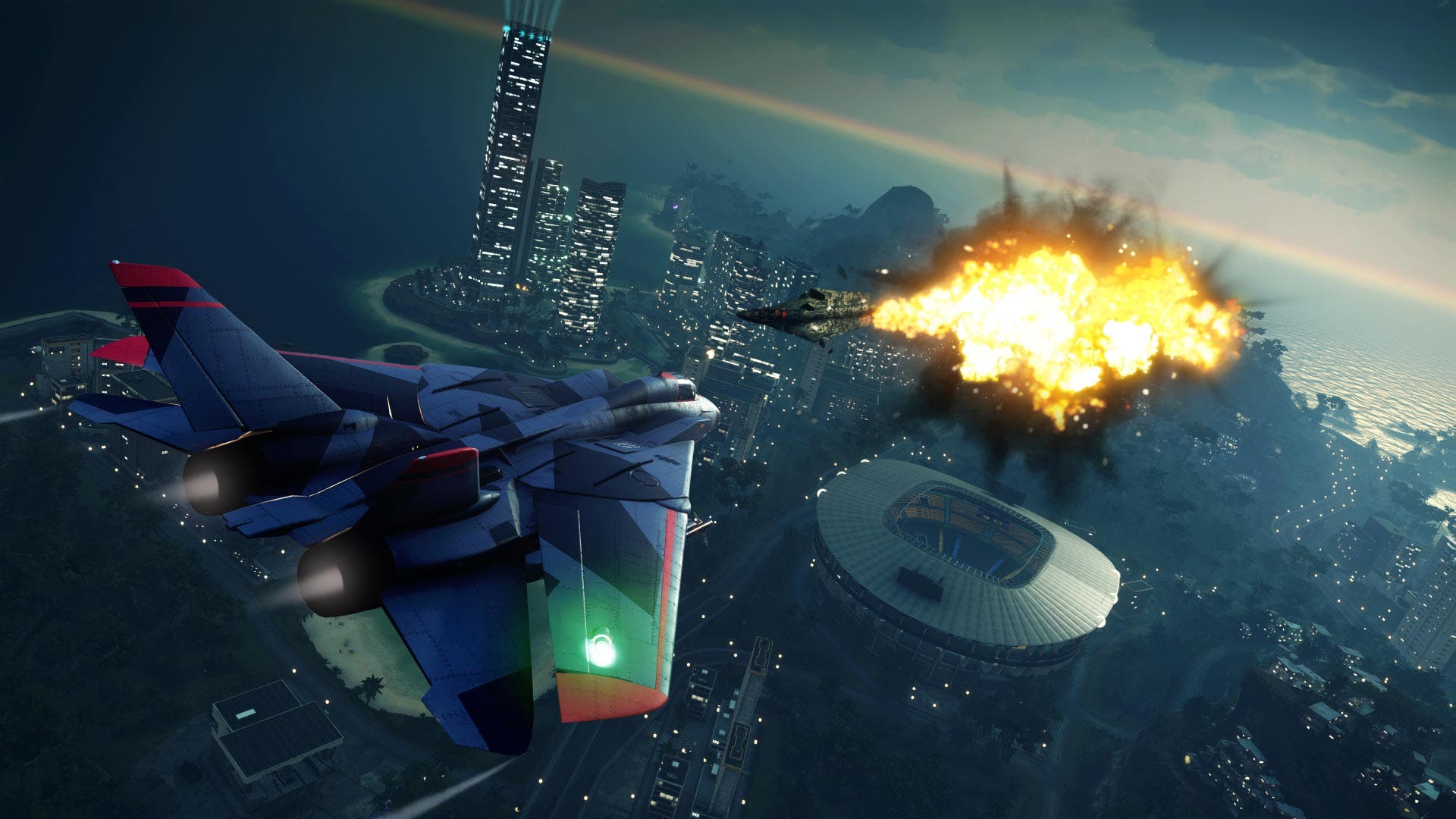 While at times the Apex engine shows its age, it handles explosions at a distance, and even up close without breaking a sweat. The improvements there are noticeable. Just Cause 4‘s particle effects of sparks and embers are noteworthy, and so detailed. It’s a shame then that the ocean waters look so dated, almost straight out of Just Cause 2. I’m hoping this is something that can be improved through updates and patches. With what seems like an oversight, is the incredibly clunky menus for both keyboard & mouse and gamepad. This too I hope can be fixed sooner than later.

Playing the game on Steam for review, I am so happy to report that this game finally supports Steam Cloud saves. It was really frustrating that Just Cause 3 didn’t, and was the reason why I didn’t play more of it when I had to uninstall it every now and then. And for those who game between PCs, will now finally be able to transfer progress because of this. 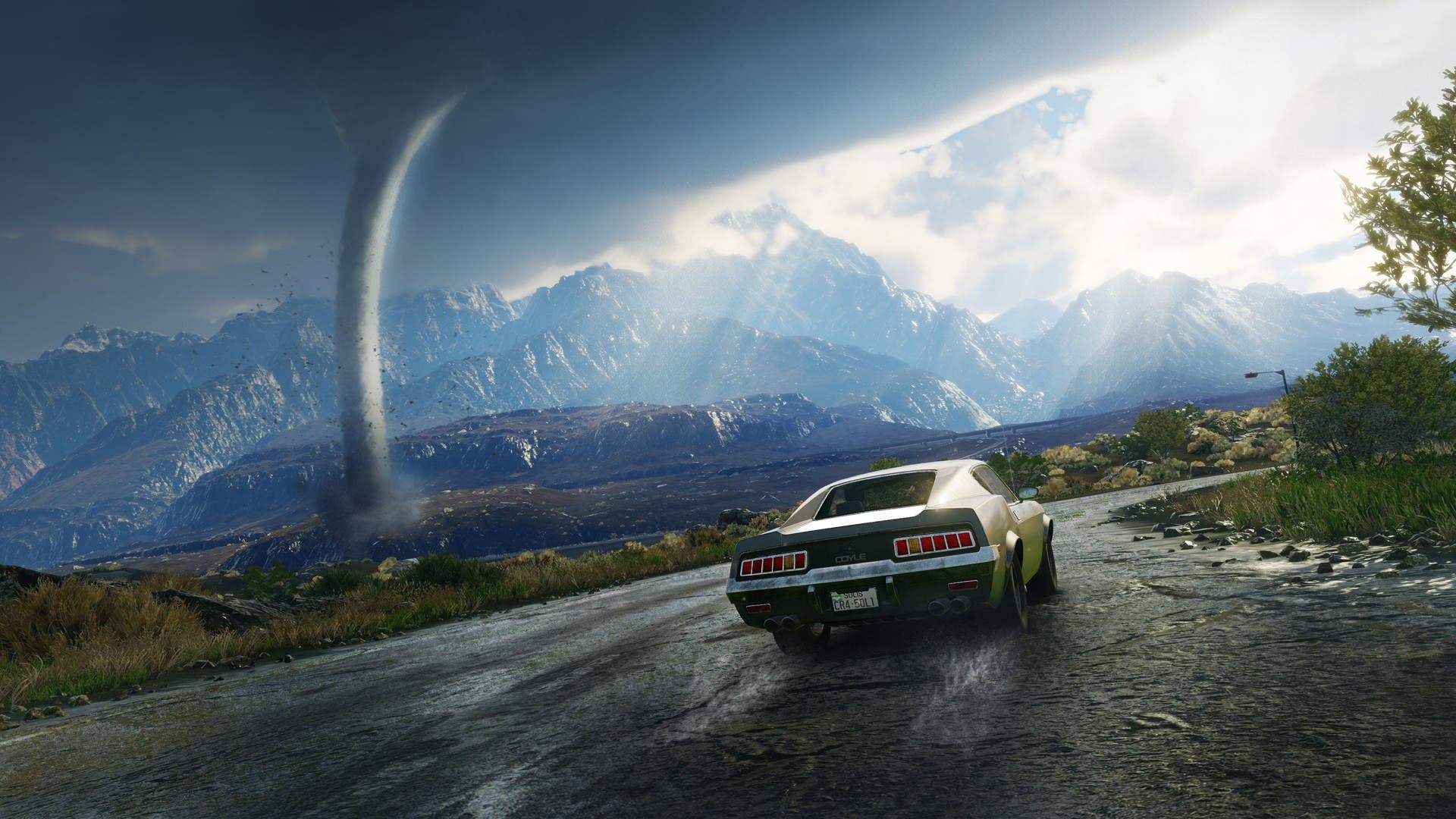 Just Cause 4‘s villains never have enough screen-time to warrant their position of power or revenge, but this game is the equivalent of a popcorn flick for video games. It’s as ridiculous as the series gets, where the bad guys are trying to control the weather (the weather!), and Rico is the perfect person to remove them from power. Just Cause 4 is at its best when it isn’t too serious, and focuses on the fun and silly – which this game has in spades. Just Cause 4 is a great ride from start to finish.