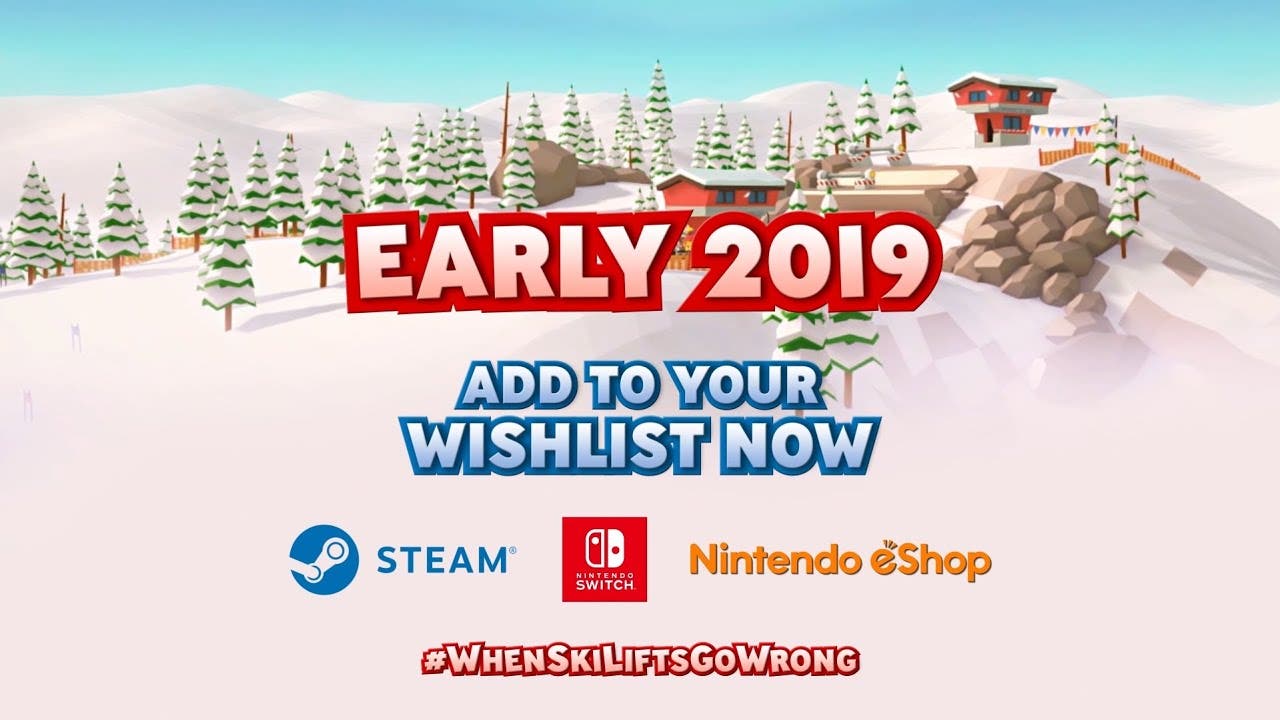 When Ski Lifts Go Wrong is coming in early 2019 to PC and Switch, create physics-based platforms to transport patrons

“We’re so excited to finally share the summer themed content of When Ski Lifts Go Wrong with players,” said Jonny Hughes, Producer and Game Designer for Hugecalf Studios. ”We’ve been polishing the game and taking on board player feedback during Early Access which has been awesome and greatly benefitted the game. This new content is the result of everything we have learned so far from over two years of the game’s development.”

“We can’t wait to share When Ski Lifts Go Wrong with players next year. It’s already such a hit around the office,” said Simon Byron, Publishing Director at Curve Digital. “The summer themed content, including variances in terrain, vehicles and physics give the game a whole new feel.”

When Ski Lifts Go Wrong challenges players to build intricate courses to transport eager holiday goers from one side of the mountain to the other, then wince at the results when their haphazard constructions are put into action, often sending them plummeting to their demise. This is a game about enjoying each failure, as madcap physics and bloody mishaps make every run feel fresh. Whether during the winter or the summer, players design and build their courses with chair lifts, gondolas and ramps, then directly control riders to get them to the finish line unharmed.