Hitman 2 brings in more of what I loved about the first game and then some. The tight gameplay, the serious but comical undertone, and the plethora of challenging bits to accomplish make Hitman 2 an amazing package. It’s unfortunate that IO forces you to connect to a server to actually access the challenge information, let alone be able to save your progression of them. It leaves a nasty stain on such a pristine, near perfect white suit.

2016’s Hitman was my Game of the Year that year and with good reason, it was fun, you could get creative, and there was a lot to do. Hitman was labeled Season 1, teasing people of a Season 2 of content; none of that transpired. This was a blessing in disguise though, as the old saying goes, good things come to those who wait. If you’re unfamiliar with the series, they’ve all followed the same basic formula. Pick your loadout, travel to a location, track your target, and dispose of them. In the newer iterations of Hitman, this means as loudly or as silently as you’d like. You’ll score more points with a silent takedown of course, but the big fancy loud ones can be just as self-rewarding. It’s great that you can make this game as challenging as you’d like and still feel like the bad-ass assassin that Agent 47 is. 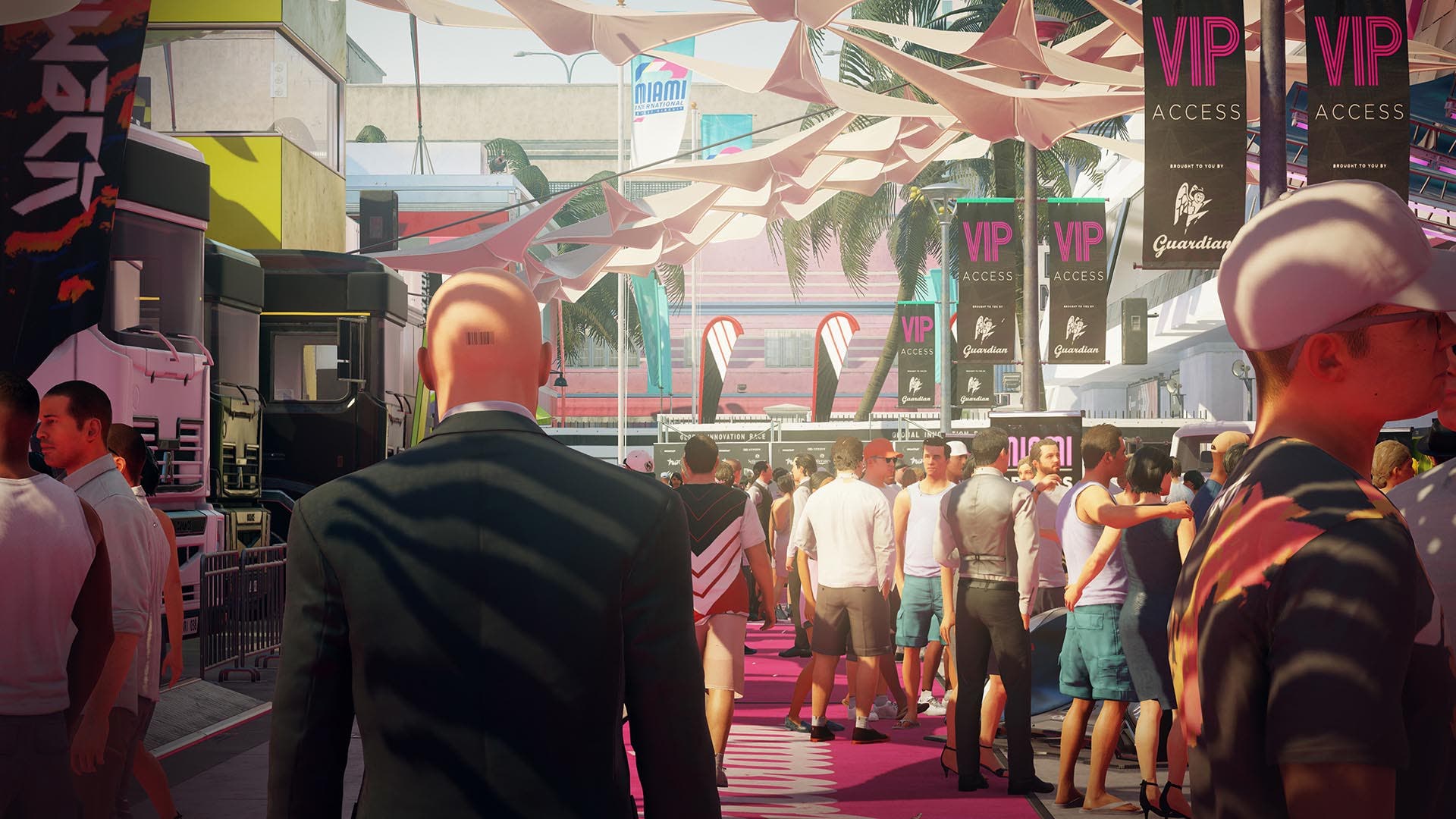 Hitman 2 does introduce us to some new mechanics over the previous title. Agent 47 can now hide in shrubbery or tall grass. It’s almost comical how unhidden our hero actual is sometimes, but seeing enemies just walk right past or wonder where we went never gets old. 47 can now carry a briefcase into a mission, helping stow larger items stealthily. Items like say a sniper rifle you need to truck across to the opposite end of the map. Makes getting from locations that much easier and gives you a whole new set of strategies to deploy. You’ll find one of the unintentionally funny bits is that you can throw the briefcase as a weapon. It has a pretty generous lock on and travels at a moderate rate, leading to some outright silly results. Another change they’ve made is with the game’s mirrors. NPCs can now spot you in said mirrors, creating another layer of difficulty. Where you could sneak up behind someone in a bathroom without breaking a sweat, now you need to make sure they don’t see your reflection, else you’ll lose out on that silent assassin rating.

In 2016’s Hitman, they gave you a lot of goals to work towards. Whether it was killing your target in specific means, or setting up certain scenarios, the game gave you a whole lot to do within one map. Because of the episodic nature of the first game, I found myself squeezing every bit I could out of each map; holding me over until the next’s release. Hitman 2 gives you everything out of the gate. You have access to all the levels from the get-go and at first, I thought I may end up burning through it on one playthrough. Because I didn’t have that forced break in-between levels, I had assumed that I wouldn’t want to spend as much time with them as I did in 2016’s Hitman. I was wrong. As well as the episodic nature of the first game worked, being able to go through the whole game without waiting was just as satisfying. Not to mention it didn’t hinder my want to keep playing levels and unlocking challenges. What I did find that stopped me was something that struck me as odd, but was actually included in 2016’s Hitman as well. 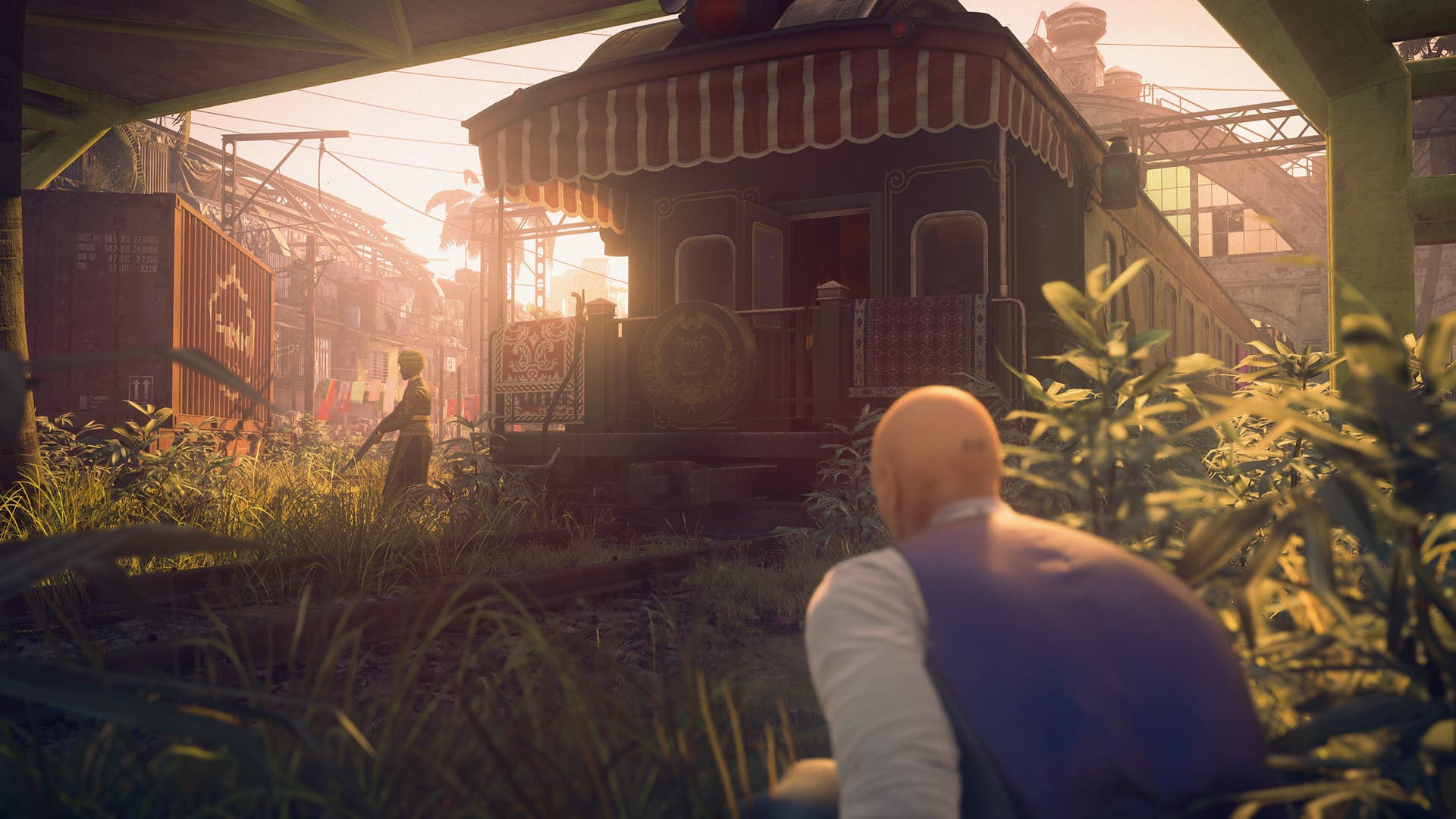 Like Hitman before it, Hitman 2 asks you to sign in to the Hitman servers when you boot up the game. When I was living in a location with reliable internet, this was no problem. I saw the connecting icon and figured it was just syncing with leaderboards and the like. Hitman 2 releases and my internet situation at my current abode is nowhere near as good. Come to find out that the Hitman servers are needed to not only bring up the leaderboard, but to track your challenge progress and all the goals. These were the carrot on the stick that kept me wanting to play more. It’s sort of ridiculous honestly, this progression is something that should be right there in your download/disc. Not being able to keep your progression absolutely kills the urge to play more. When I can’t connect online, I just don’t bother even playing. When I first ran into this I thought that maybe it was something new they were doing, but upon booting up 2016’s Hitman, all my challenge progression was unavailable there as well. Without access to the server, my replayability to the series just vanishes. Without being able to track your challenges, you can’t unlock items or outfits. I knew going in I would miss out on elusive targets, but not being able to keep progression outright sucks.

Even with this fault, the game is still fun. The formula still works, and works well. I played through the main story and enjoyed the tale they had to tell. Each level is beautifully crafted and there is so much to find. You can spend hours exploring each nook and cranny. IO has created a new set of wonderful worlds to play in, but what if you want to jump back into the familiar. What if you wanted to mess around with old maps? Well IO gets some major kudos because they’ve gone and re-worked the old maps in the new game. If you purchased the first game, you’ll have access to all your old maps in the new game engine, utilizing the newly added mechanics. It’s amazing that IO did this for its fans and just makes an already complete game even more packed. The downside is that all your progress and unlocks do not carry over. So you’ll have to go and replay each level to unlock your gear and outfits. Which, honestly, just means you get to play more of this great game.

Hitman 2 would be well worth the price of admission if it were just that, but they include the side activities from the previous title as well. I’ve already mentioned the elusive targets, where they have players attempt to take down a new specific target in a level; with new interactions and dialogue. The catch being that you only get one chance. Fail and you can never complete that mission. The unlocks were worth it in the first game, as they were unique suits to wear. Hitman 2 does the same. Escalation missions are back and can get just as creative as the previous game’s. It wasn’t my cup of tea but I know there were big fans of it. New to the series though is the Sniper mission that was given out early as a bonus to pre-orders. It’s basically a console version of the Hitman mobile game utilizing one map and a bunch of challenges to complete.

But the wildest inclusion is the Ghost Mode. It’s currently in beta and unfortunately I was unable to test out the feature for myself due to insufficient internet. But the basic idea of the mode is that you and another player are competing to assassinate a specific target on the same map. The twist is that your actions on NPCs do not affect the other player. You can see the other player as a ghost in your stage and you can see what their doing. But if they dispose of an NPC it won’t remove them for your game. The only target that will be affected is the main target. I can see this being quite a fun mode for the die hard players and especially for streamers. 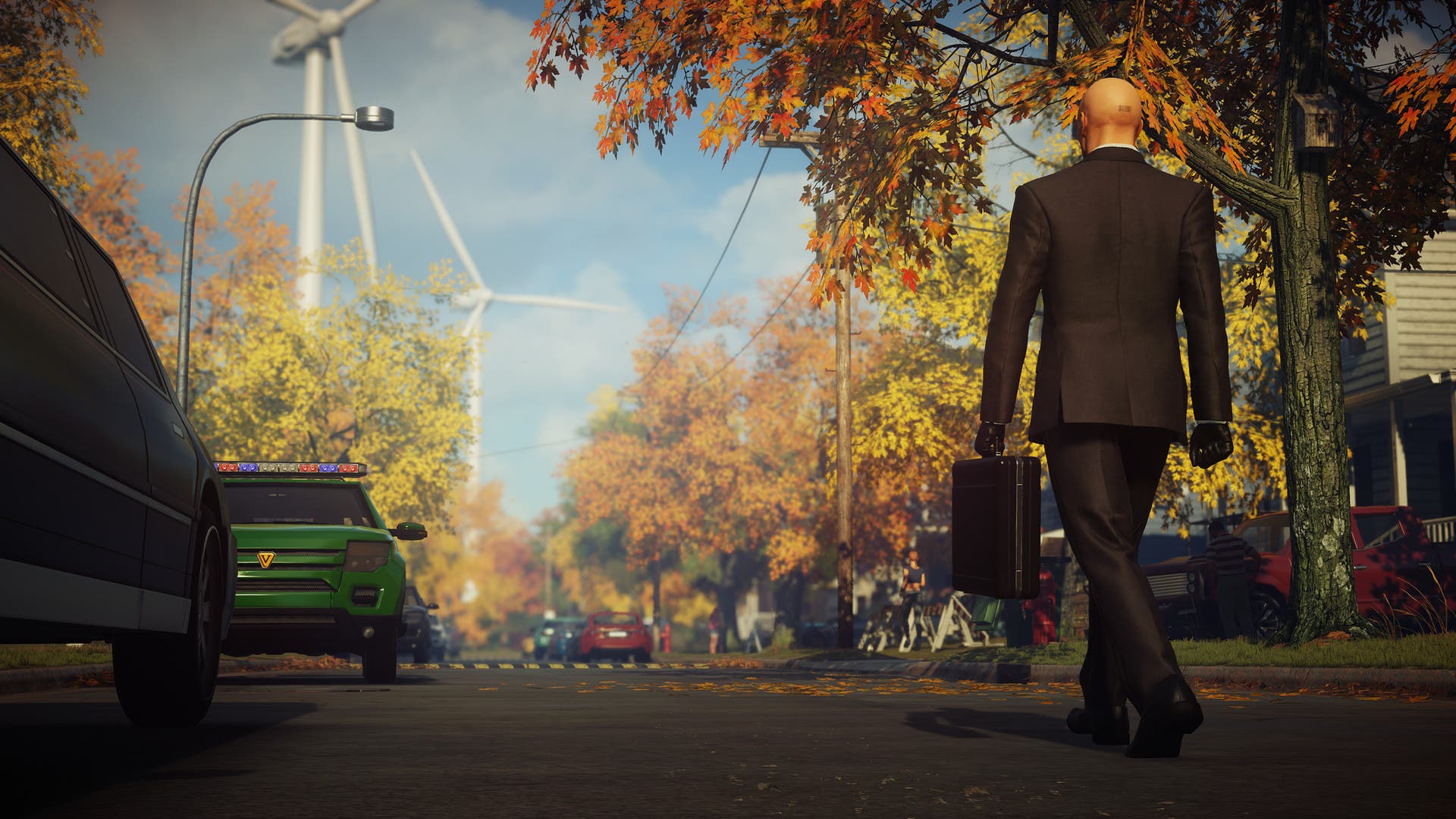 Hitman 2 brings in more of what I loved about the first game and then some. The tight gameplay, the serious but comical undertone, and the plethora of challenging bits to accomplish make Hitman 2 an amazing package. It’s unfortunate that IO forces you to connect to a server to actually access the challenge information, let alone be able to save your progression of them. It leaves a nasty stain on such a pristine, near perfect white suit.