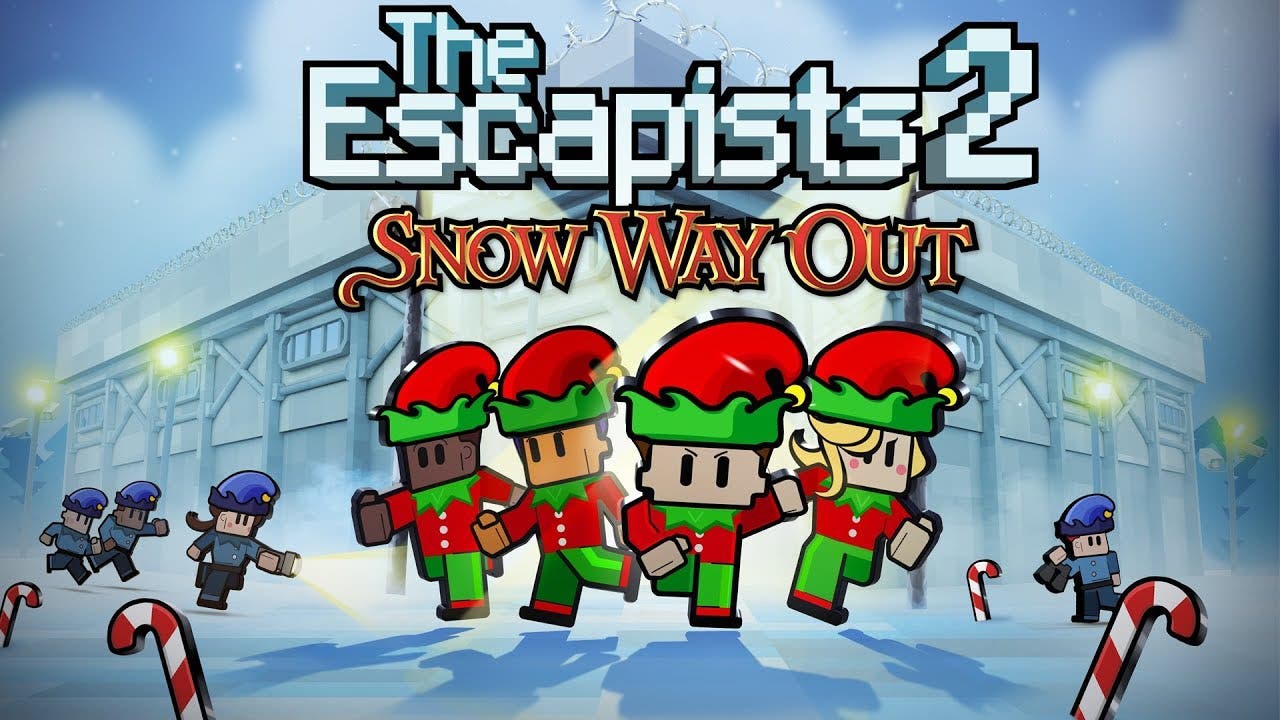 UK, 12th December 2018 – Team17, a global games label, creative partner and developer of independent, premium video games has today launched a free content update for its hit prison-escape game The Escapists 2, with the arrival of the Snow Way Out prison on Xbox One, PlayStation 4, Nintendo Switch™, PC, Mac and Linux.

Following on from last year’s free Santa’s Shakedown release, Santa has now ditched his mantra of good will to all and has instead opened a booming online retail store. His sleigh sits abandoned, as new delivery sleighs ship products all around the world. The North Pole now contains warehouses and concrete cells to contain the poor elves forced to work for Santa. You still better be on your best behaviour, as waking up with a lump of coal in your desk is the least of your concerns!

Snow Way Out is now available as a free The Escapists 2 game update for Xbox One, PlayStation 4, Nintendo Switch™, PC, Mac and Linux.

Please note: Snow Way Out requires The Escapists 2 to play, which is available to purchase for Xbox One via the Microsoft Store, PlayStation 4 via the PlayStation Store, Nintendo Switch™ via the Nintendo eShop and for PC, Mac and Linux via Steam.