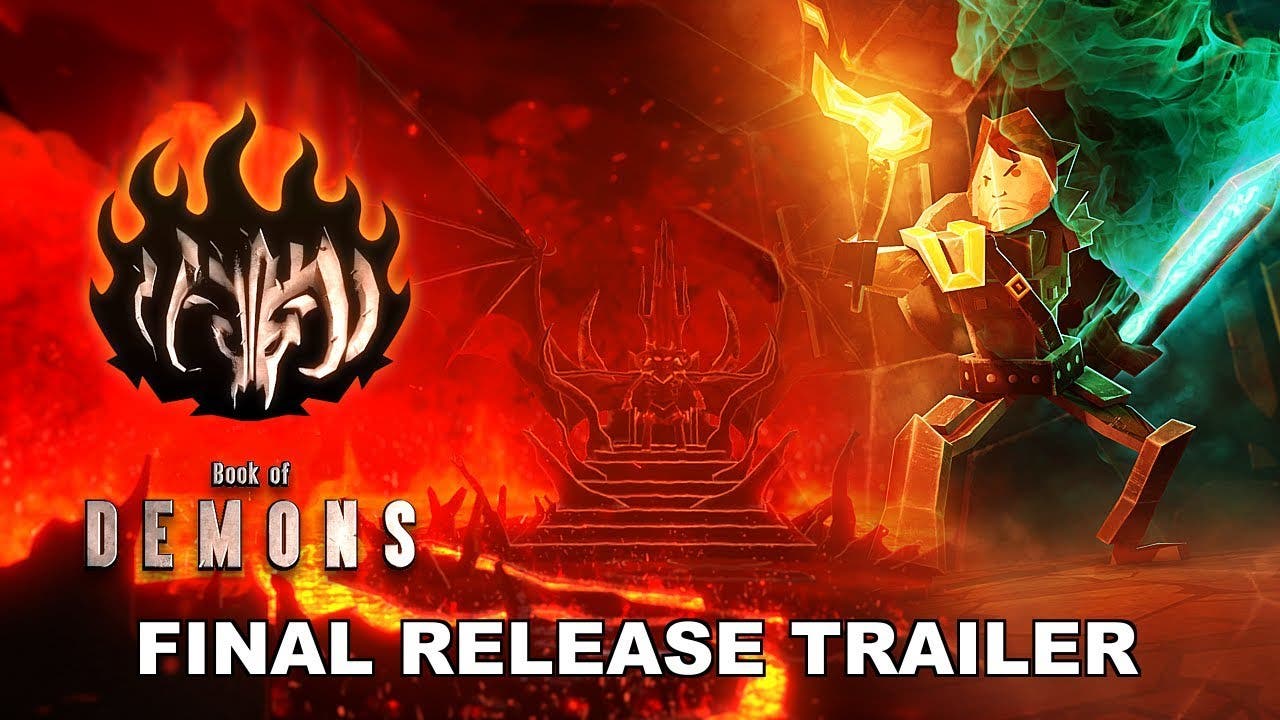 Book of Demons version 1.0 is available on Steam today

Warsaw, Poland – December 13, 2018 – Today is the day! Book of Demons, Thing Trunk’s unique deck-building, papercraft Hack and Slash, leaves early access with Book of Demons 1.0 landing on Steam at 9am PST! Get ready to save the Paperverse from evil by facing your foe with the new Archdemon reveal trailer!

To celebrate the launch, Thing Trunk will be selling Book of Demons at 20% off the regular price during the launch week. Also available, for the first time, is the Collector’s Content DLC which includes a 70 pages digital PDF art book, the full Original Book of Demons Soundtrack, 18 thematic 4K wallpapers, and a digital poster! The launch week sale, the DLC and a free demo are available TODAY on Steam!

Book of Demons is a Hack & Slash deckbuilding hybrid in which YOU decide the length of quests. Wield magic cards instead of weapons and slay the armies of darkness in the dungeons below the Old Cathedral. Save the terror-stricken Paperverse from the clutches of the Archdemon himself! Featuring:

Book of Demons is the first installment of Return 2 Games – a series of original mid-core titles, inspired by the early golden days of PC gaming coming from Thing Trunk. Book of Demons launches for PC and Mac OSX gamers on December 13, 2018.