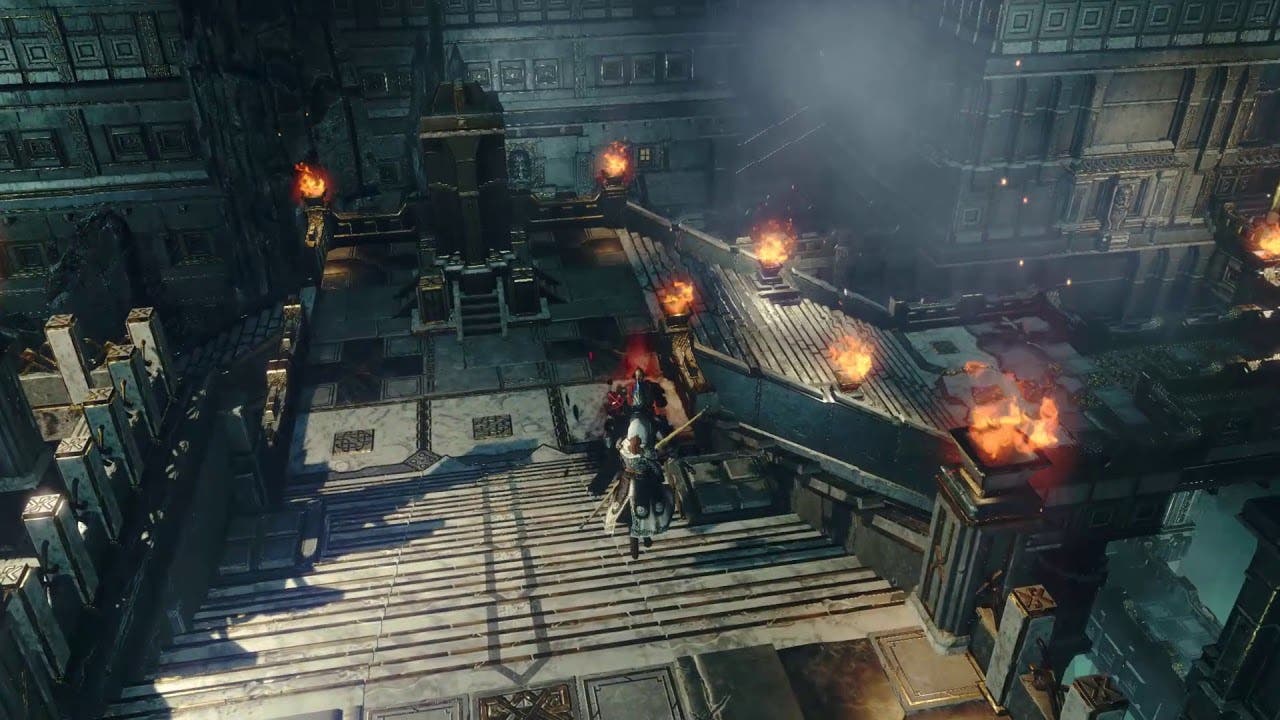 Vienna, Austria and Munich, Germany, December 18th, 2018 – The most magnificent of all fantasy races is now ready to march on it’s short legs into the world of Eo: With the new expansion Soul Harvest, RTS/RPG SpellForce 3 expands it’s roster of races to five. In the shadow of the glorious dwarvish armies, the Dark Elves are also coming to the game.

Sending the player on a full new epic campaign with over 20 hours of gameplay, Soul Harvest has even more features – all five factions will gain new units, flying units! Also there are new game modes and some of the game’s core systems has been completely overhauled, as the sector-based resource system for example.

Following it’s ingame announcement on December 17th – the first time ever, a game was announced in a game, as far as we know – Soul Harvest is due in Q2 2019 and will be available as a stand-alone expansion on PC. So you can chose to have the full SpellForce-III-Experience or to focus on Dwarves & Dark Elves instead. More details about the special discount for existing SpellForce-owners, the new units and some of the new game modes coming soon.