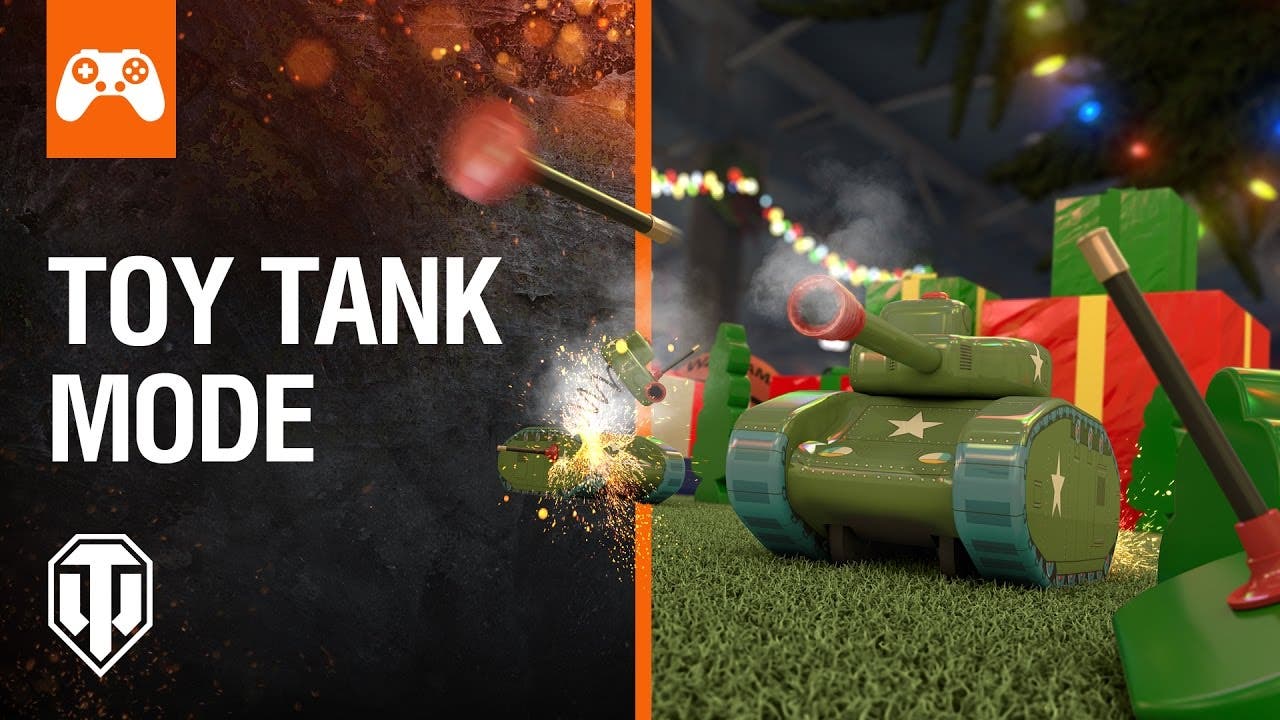 CHICAGO, ILLINOIS (DECEMBER 18, 2018) — With logs on the fire, gifts by the tree, and artillery fire causing havoc all over the place, it can only be Tanksmas! It’s been an incredible year for players of World of Tanks: Mercenaries, but before December is over, Father Frost will be rolling out in his tank to deliver the goods to Commanders across the world. A festive event mode, a free tank giveaway, a brand-new content update, new Premium tanks, and special gifts from our 12 Days of Tanksmas Ops are all coming throughout this month!

From December 18 until December 25, the fan-favorite Toy Tank Mode makes a festive return to the game. Players can roll out with a Toy Tank or Toy Arty and wage the most festive war ever, fighting it out under a decorated tree amidst a battlefield of presents! Snipe your enemies with suction cup darts or blast your opponents into pieces of confetti in this special holiday mode for a limited time only. December 18 also marks the day player Garages are due to undergo a very festive transformation, so keep an eye out…

As we get into the holiday season, the 12 Days of Tanksmas will commence! For twelve days from December 21, completing special Ops will reward players with gifts ranging from Silver to XP Boosts, Silver Boosts, and Consumables. An irresistibly festive selection of discounted Tanksmas bundles will go on sale on December 21, but there’s also something coming that money can’t buy. Every player who logs in to World of Tanks: Mercenaries and plays a single battle between December 21 and January 2 will be rewarded with the exclusive Father Frost LTP, a special Premium tank imbued with festive joy!

World of Tanks: Mercenaries is also closing out 2018 with its final big content update of the year, as Update 4.8 is cleared for deployment on December 18! Packed with features highly anticipated and requested by our community, this update also marks the arrival of the Polish Tech Tree, chock full of dynamic, innovative tanks that are inspired by the sublime engineering of the 1930s and 1940s. Ten new vehicles are available for players to work towards, with magnificent tank concepts like the 14TP, 40TP Habicha, and 60TP Lewandowskiego faithfully recreated in glorious high-definition.

Finally, a new Premium Mercenary tank is available in the Store! The Brick is a unique vehicle that literally has rock solid armor, enhanced by a layer of solid brick. Coupled with its quick-firing gun and its resilience in the face of enemy forces, it’ll take more than huffing and puffing to blow this tank down! Fans of more historical vehicles can also expand their collection with the Pudel, a strong yet mobile tank based on one of the German Panther Ausf. Gs captured by Polish rebels during the Warsaw Uprising of 1944.

To stay on top of all the latest news and releases for World of Tanks: Mercenaries, keep your eyes glued to the official website!