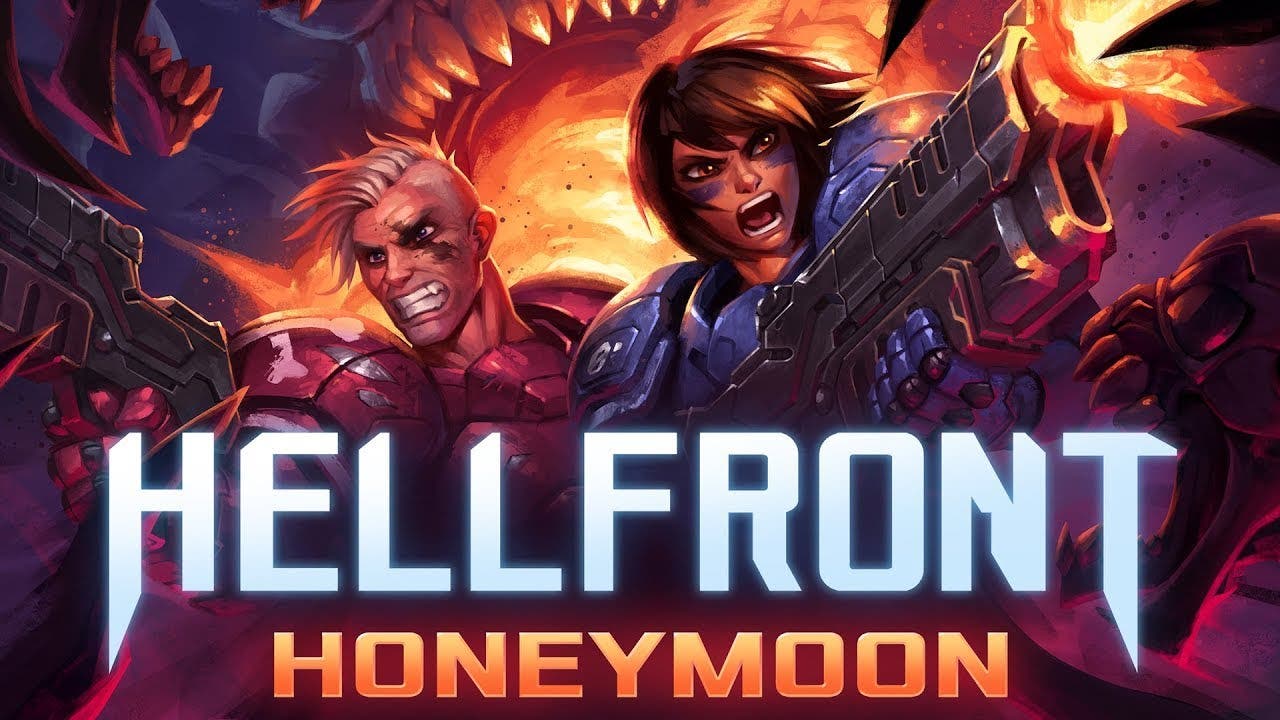 HELLFRONT: HONEYMOON is out now on PC, PS4, and Xbox One

From Press Release:
Developed by Swedish indie studio Skygoblin, this twin-stick strategy shooter features intense local multiplayer deathmatches for up to four players, as well as a singleplayer mode where you can challenge the speedrunning community on the online leaderboards.

“We SkyGoblins are extremely excited to finally have HELLFRONT out in the wild! May the fruit juice of your enemies colour the floors red!”, says Theodor Waern, game designer and artist at Skygoblin.

“Picking HELLFRONT as our first project was not a hard task”, explains Brjánn Sigurgeirson, co-founder of Thunderful. “The game is madly intense in the very best of ways, and we’re eager to get a real great couch gaming experience out into the world. And who could have imagined us finding such amazing devs basically around the corner? That’s just an awesome bonus!”

Best enjoyed with friends over a six-pack of fruit juice. One screen, one winner!

HELLFRONT: HONEYMOON releases December 19 at £/$9.99 for Xbox One, PlayStation 4 and PC, with a Nintendo Switch version scheduled for 2019.